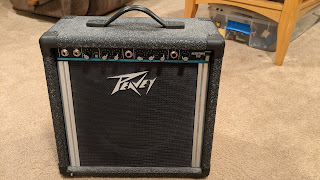 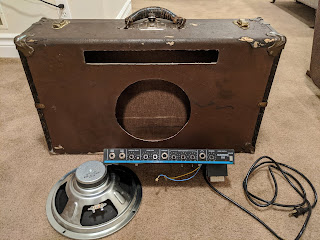 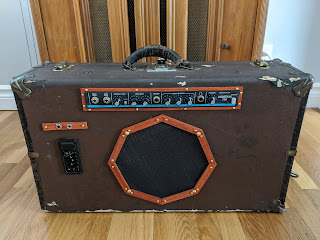 Posted by Hank Greer at 5:37 AM No comments:

Using a Mississippi license plate, I thought a tribute to the Blues Highway would be appropriate. I softened up the instrument, i.e., rounded all the corners, so it's much more comfortable than the RAGBRAI guitar. (BTW, I sent the RAGBRAI guitar to our friends in Mason City, Iowa and they love it.) I also profiled the neck so it's more like a regular guitar. This guitar plays and sounds good. I hope I keep getting better at making them. 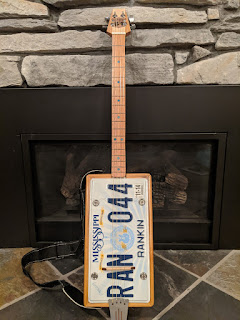 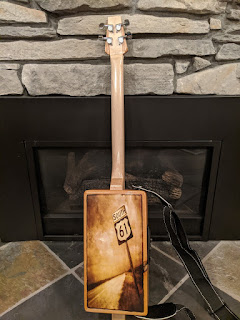 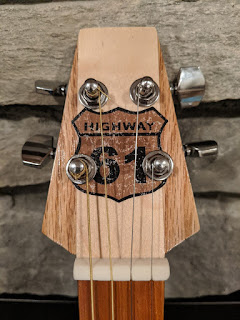 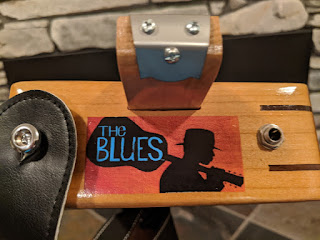 Posted by Hank Greer at 5:40 AM No comments: