Riding In A Roundabout Way

Pretty clever, right? Did you see what I did there? Yeah, I'm full of myself.  AS well as other stuff.

It felt great to spend a couple of hours in the saddle. I stayed on residential roads and off arterials as much as possible. Less traffic and more snow. 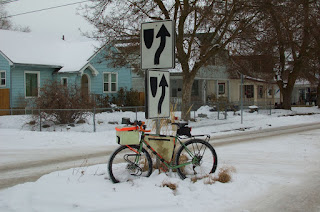 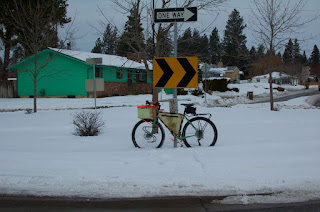 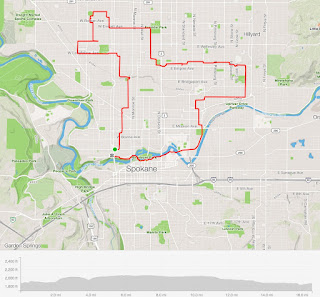 Posted by Hank Greer at 1:53 PM No comments:

Went For A Bike Ride--Bought A House

I have the next couple of days off. I've been riding my bike to work but taking the most direct and safest route, which is all of a half mile in length. So this morning I went for a ride so I could get some enjoyable saddle time. I headed for the house we're supposed to be closing on today over by Downriver Golf Course. 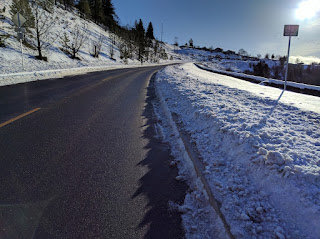 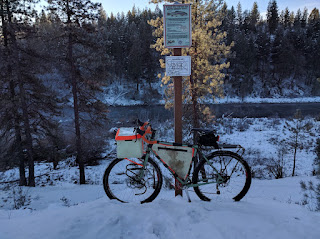 I passed by one of the pullout areas where people can park and get out for a walk along the river. A woman driving a sporty looking car--I didn't pay attention to the make and model--was stuck in the snow. I stopped to help. Looking over the situation, I thought it would be best if she backed up and then got a running start to get over the slight incline she was on. I had her straighten her front wheels and helped push her out of the ruts her tires had dug out. The move was successful up until the point we tried to go forward. Her tires--a rear wheel drive--spun freely on the snow-covered ice.

So much for my master plan.

I used her ice scraper to dig out some of the snow and ice and pushed the car but it wasn't moving anywhere. She was very appreciative of my trying to help. I felt bad for getting her stuck farther away from the road than she originally was.

I was out of ideas and there wasn't anything else I could do. She had called AAA but they were backlogged for the next two hours.

Feeling dejected regardless of how much she thanked me for trying to help, I left her there and continued on Downriver Drive. A little ways down the road I saw a large branch lying on the ground. Maybe I could use that to get some traction under the tires. I pulled the branch out to the road, hopped onto the bike, and drug the branch back to the stuck car.

"You're persistent, aren't you?"

Hey, you gotta keep trying, right? I broke up the branches and stuffed them under the tires lengthwise. She gave it a little gas and the car started moving forward. Then the tires spun out. No amount of pushing on my part made a difference. Then a gentleman with a proper truck and a tow strap stopped. He had her out in two minutes. She hugged us both and we went our separate ways.

Maybe I could keep a tow strap on my bike. 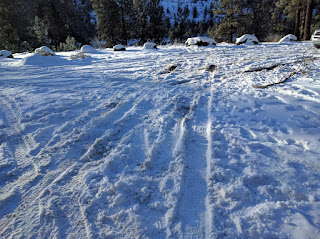 I didn't take a picture of the car or the woman.
That would've been rude. 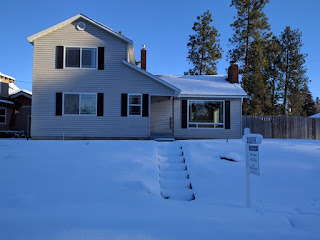 I rode up to the golf course and around the bend to my new house. It was still there. We were supposed to close today but Fedex is late with the seller's documents. So tomorrow's the day we get the keys--and then change the locks.

It'll be good to have a place called home again. And it felt great to get a good bike ride in, even with the temp in the 20's.
Posted by Hank Greer at 1:03 PM 2 comments:

Sick Humor, But It's Really Funny


The Procedure from calvin reeder on Vimeo.

Our Christmas gift this year was a family vacation in Maui earlier in the month. But when we leanred that Steph had to work Christmas weekend, except for Christmas day, and that all her friends were away for the holiday, we decided to go to Missoula to be with her. Geoff flew up from Oakland and went with us. Josh spent the weekend with Amanda and her family.

We stayed at a Marriott Town Suite because they have a kitchen in the rooms. There was a note in the room informing us that most of the staff had been let off for the weekend and if we needed clean towels or anything to contact the front desk. I thought that was nice they let as many of their employees off as possible.

Geoff, Steph, and I went show shoeing at the Rattlesnake National Preservation Area. (Kathy is still very bruised and sore from falling twice the week before and fracturing her coccyx. She's not a fan so the Napolean Dynamite jokes were lost on her. Hopefully, she's feeling better soon.) The place was packed with Nordic skiers. Fortunately, we found a little used trail pretty quickly. We gradually climbed for an hour or so before heading back. It was nice and quiet with very few people along the way, which allowed us to enjoy it more than I expected. 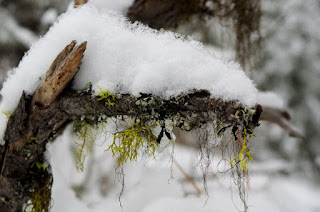 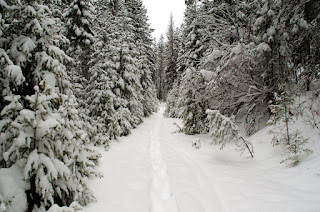 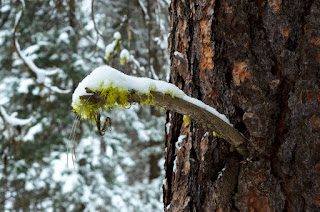 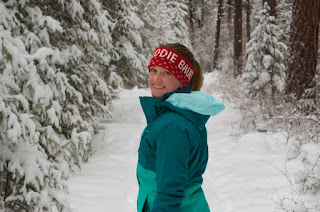 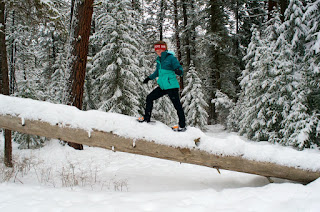 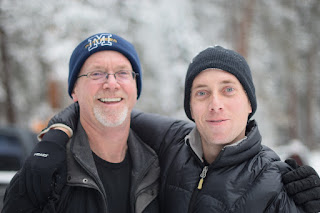 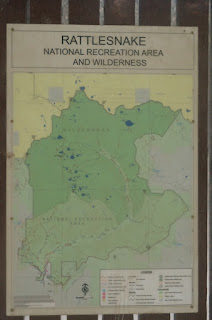 Christmas dinner was simple and great. Steph really appreciated us coming over and we all had a fun time together, which was the most important thing of all. 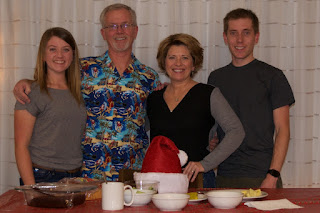 Posted by Hank Greer at 3:39 AM No comments:

I Missed That In History Class 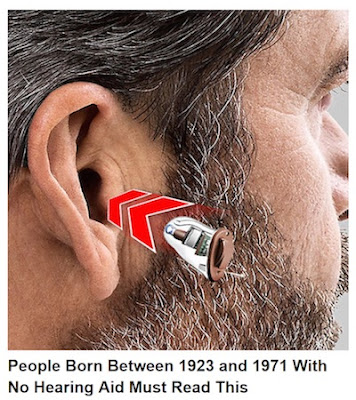 I guess there was a time when people were born with hearing aids.
Posted by Hank Greer at 7:44 PM 1 comment: