While in Missoula I also checked out some of the cycling scene. First of all, Missoula has bike lanes all over the damn place. And they're being used, even during the rainy days I was there. Missoula is about one-third the population of Spokane but has a far more extensive bike route system. I also found tools and air at the public library and the bus station. How cool is that? 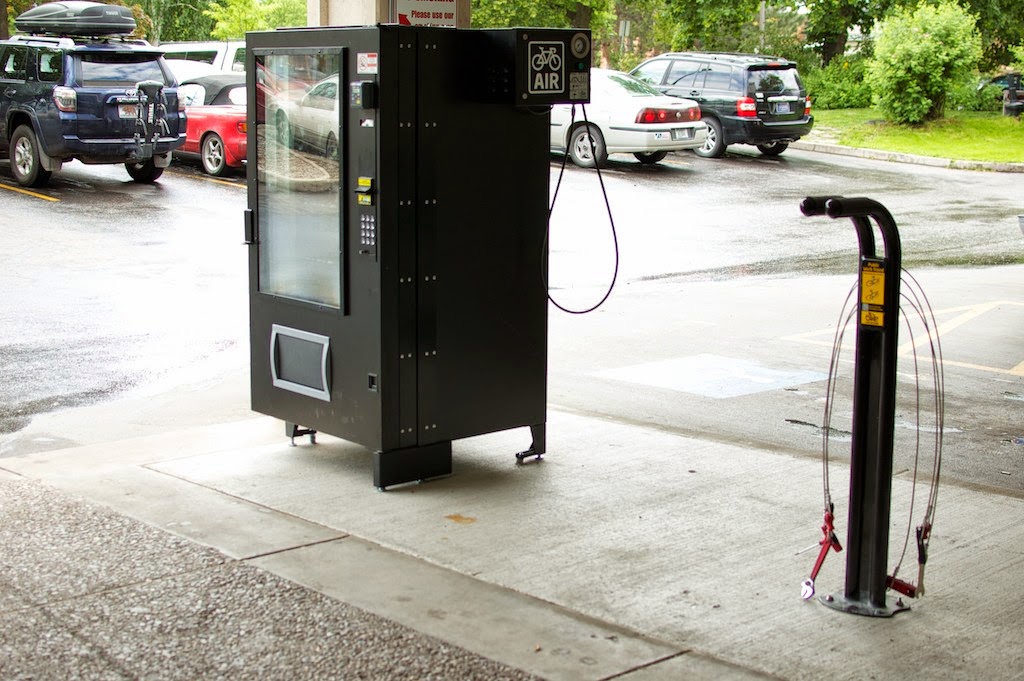 Tools and air at the public library. 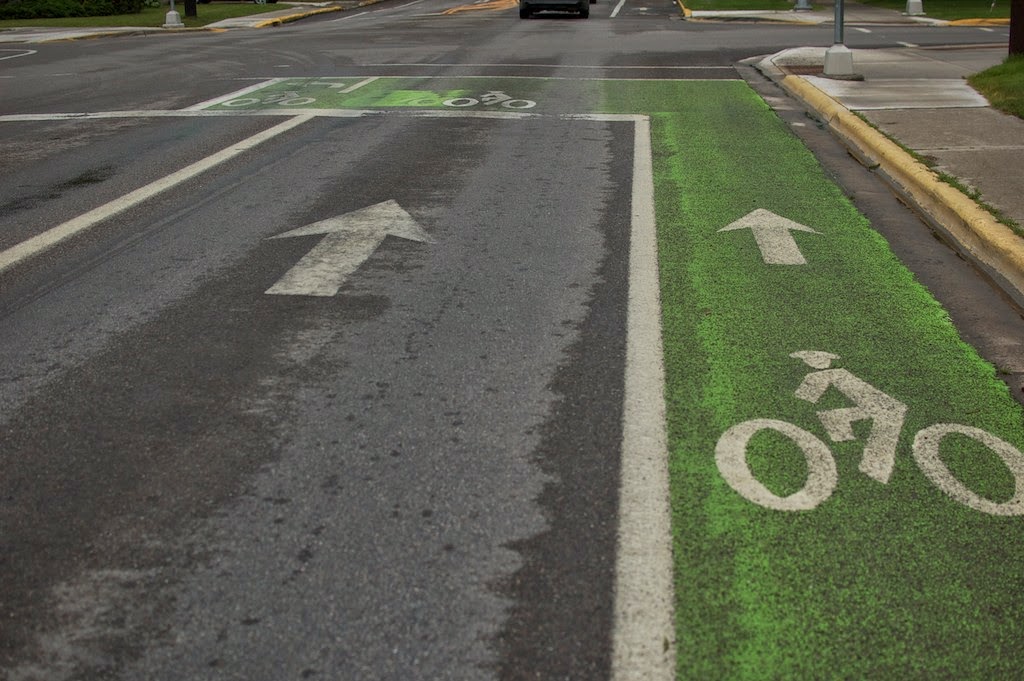 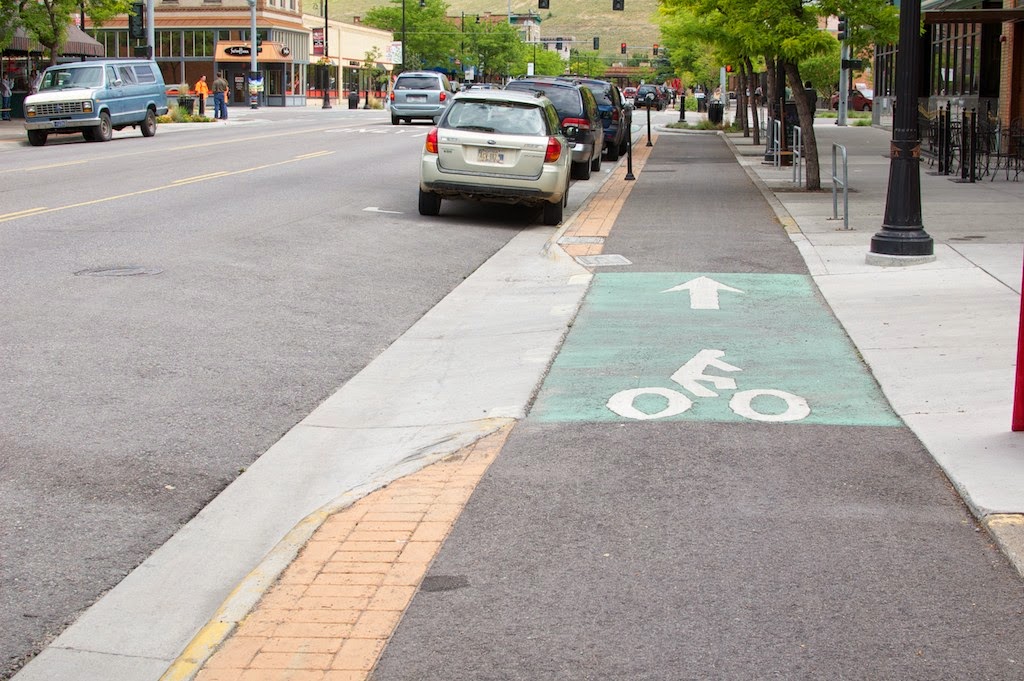 The former parking area is now a bike route. 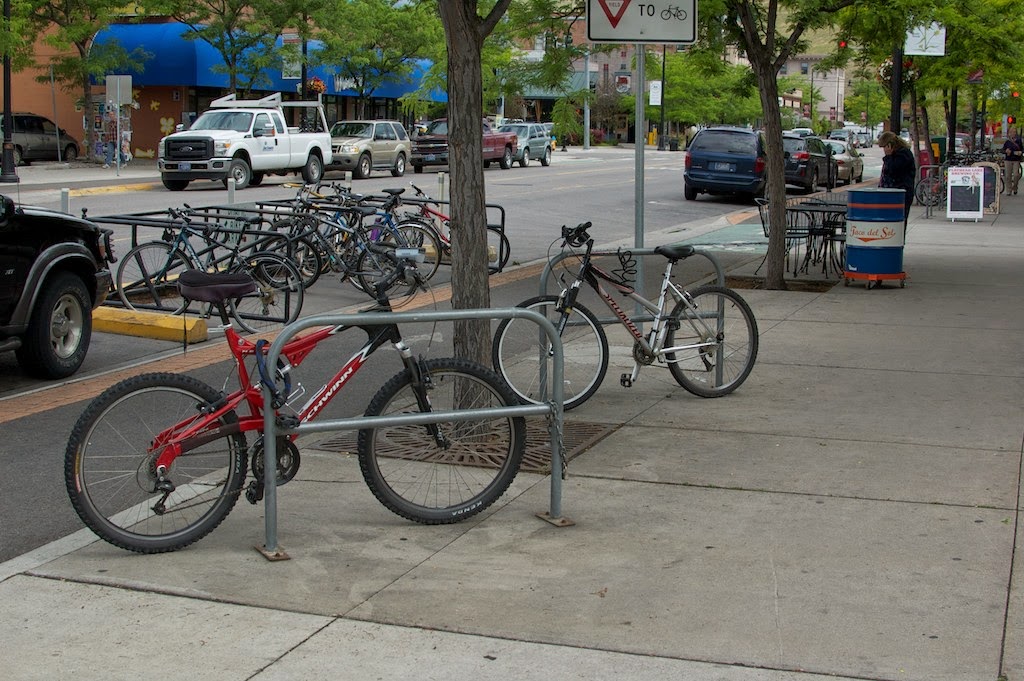 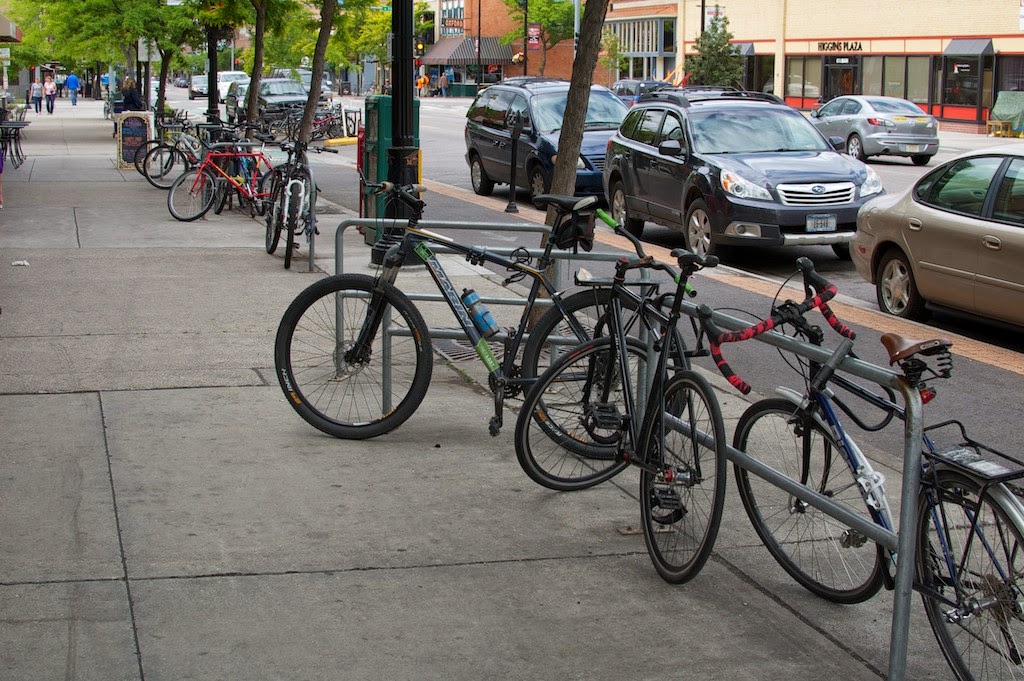 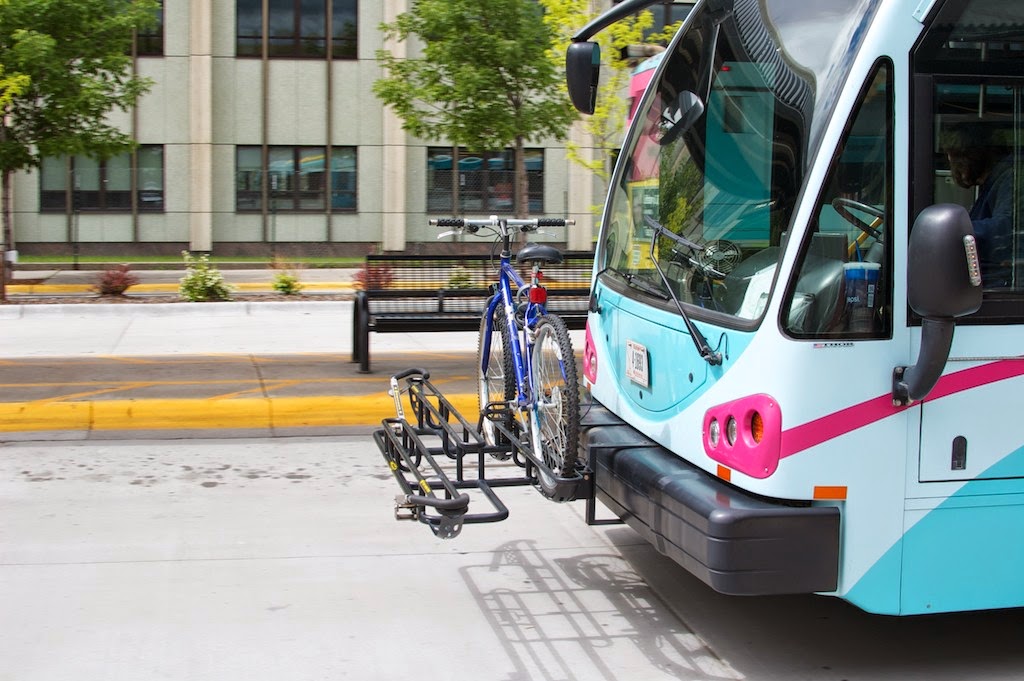 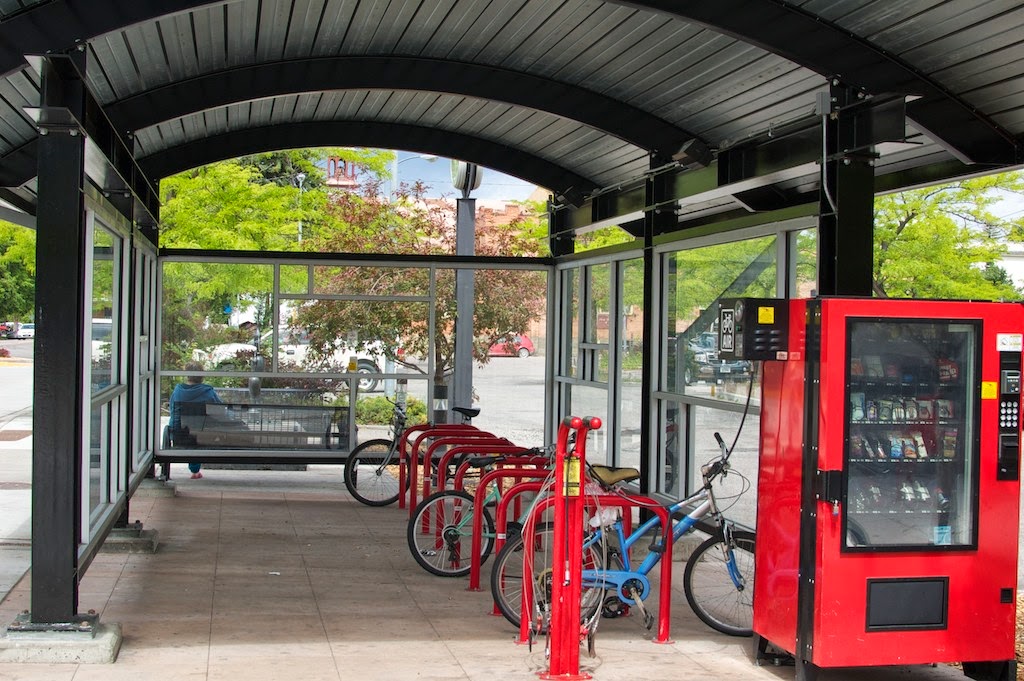