Today Cathy McMorris Rodgers voted to return to the good old days by repealing the Patient Protection and Affordable Care Act in its entirety and replacing it with--nothing.

From the text of the bill:

Effective as of the enactment of the Patient Protection and Affordable Care Act (Public Law 111–148), such Act is repealed, and the provisions of law amended or repealed by such Act are restored or revived as if such Act had not been enacted.

Effective as of the enactment of the Health Care and Education Reconciliation Act of 2010 (Public Law 111–152), title I and subtitle B of title II of such Act are repealed, and the provisions of law amended or repealed by such title or subtitle, respectively, are restored or revived as if such title and subtitle had not been enacted. 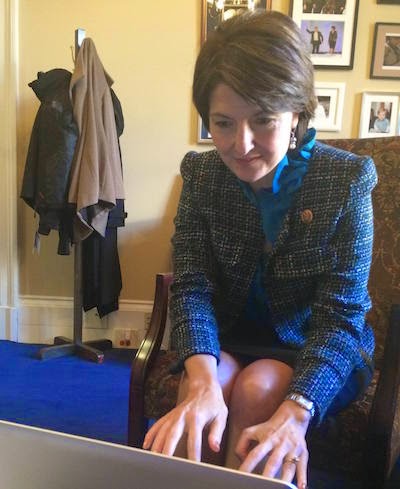 Cathy McMorris Rodgers is not concerned about the millions of people who would lose their health care coverage if this bill were signed into law. Returning back to the days when insurance companies could terminate your coverage for any reason, refuse to cover you for pre-existing conditions, refuse medical treatment, and increase your rates at will does not concern her. Bringing back the rampant increases in health care costs does not concern her.

Cathy McMorris Rodgers is very concerned. Just not about the right things.
Posted by Hank Greer at 8:44 PM