Work took me to Yakima this last week. I decided to take my camera with me. It's a creative outlet that I've been lacking at this past year or so. I was finishing my lunch at Essencia, a cozy sandwich and chocolaterie place, when a crowd of people carrying signs marched by. Darned if it wasn't some of Congressman Dan Newhouse's constituents doing what many have been doing across the country. They were civil and adamant. I gave them bonus points for no misspelled words for not dragging the American flag on the ground. 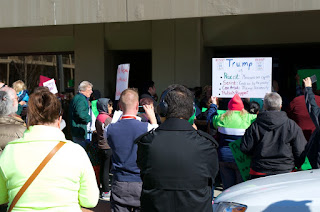 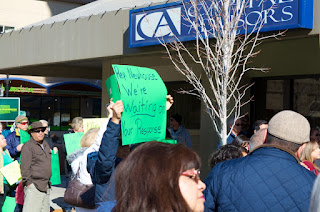 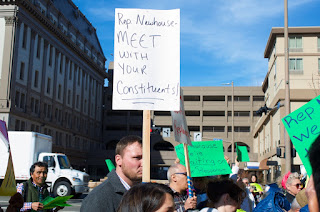 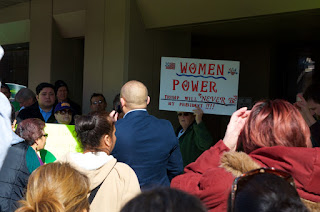 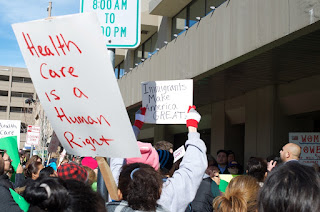 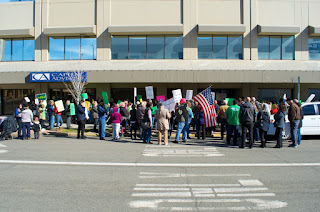 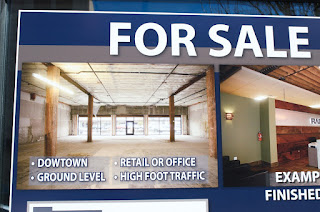 Downtown Yakima is trying to revitalize itself. Or Dowtown. 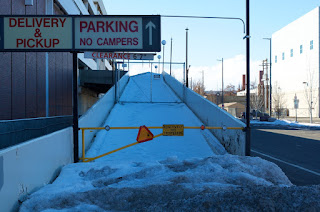 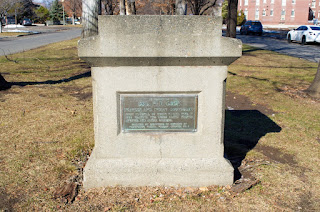 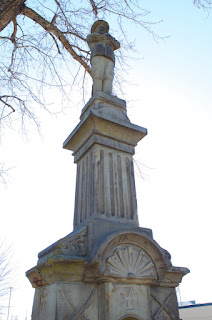 Across the street from Colonel Cock's monument there's a 115-year-old marker commemorating the men who lost their lives in a war that seems so meaningless now. The monument is weathered and decayed. 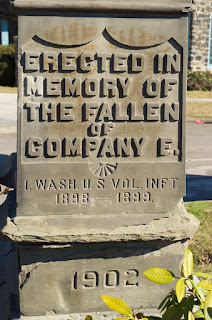 Now that the Democrats have put anti-working class traitor Tom "TPP" Perez in charge, the question becomes "which party should we protest now?"