I went for a short walk during lunch and I had my camera hanging off my neck. As I turned from Riverside onto Post, in the direction of the mall, a woman stopped me and said, "It's still going on," and then hurried on by.

If you ever want to put me in a combined puzzled and confused state just walk up to me and say something random like this. What is still going on? But balance was soon restored as I got closer to the mall and saw the atrium was full of people. 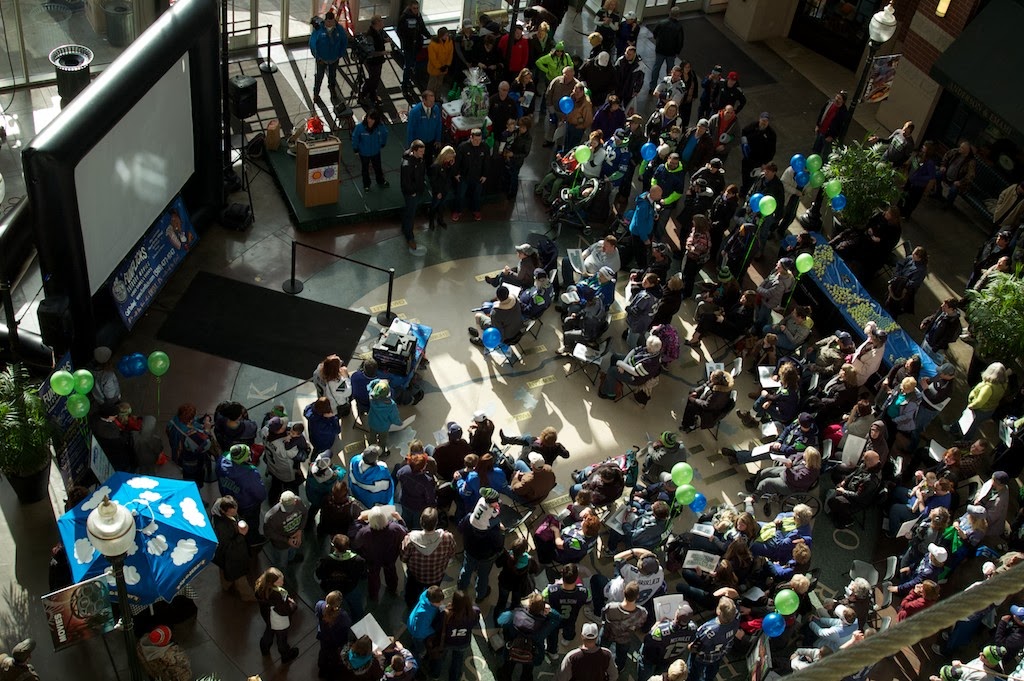 It was a Seattle Seattle Superbowl celebration. Chants of "SEA! HAWKS! SEA! HAWKS! reverberated throughout. Not really my thing so I left. 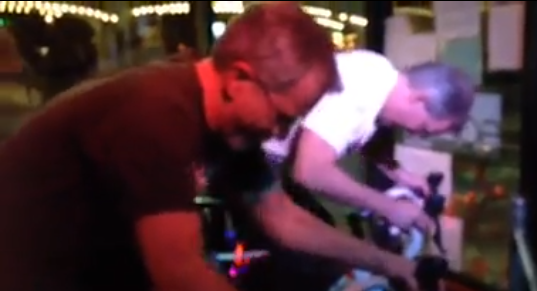 Last night was the Bike Fight. (This is a screen capture of a video taken by Alan Jacob.) I fared well and got to race in the second round. Believe me, two races is enough. My distance was shorter, but I was consistent in that I did .42 miles each time. Overall, the scores were lower so I suspect there was additional resistance on the trainers this time around. There were many new people competing, which was great. I shot video of the races with a different lens and a quick review showed me it was pretty crappy. So a video may or may not happen.
Posted by Hank Greer at 6:24 AM