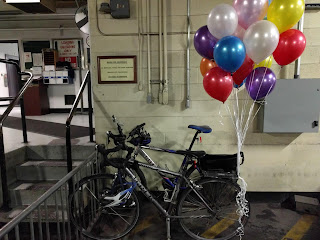 "Exactly what I was thinking," I said. I untied the bundle and handed them to her and her brother. Big smiles and thank you's all around.
Posted by Hank Greer at 6:25 AM