This morning I parked at Forker Road and Mt Spokane Parkway to run the remainder of the course up the mountain and scout it out for next Saturday. 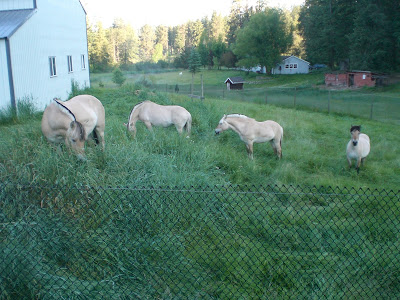 Some of the locals were pretty relaxed about my presence. 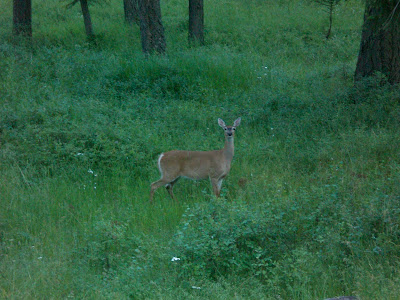 But a few regarded me with more suspicion.

The climbing started earlier than I felt it. After entering the Mt Spokane Park proper the incline of the roadway was quite evident. It's been a while since I biked up the mountain and my vague memory of it thought the entire route was steep. I think riding up hill takes more effort than running or walking. I alternated my running with a couple of 5 minute walks until I got to Summit Road. Once there the climb was harder and my stride became very short. I switched to walking since it was just as fast if not faster--and more comfortable. I walked until it leveled out and ran the rest of the way until I got to the gate at Kit Carson Loop Road. 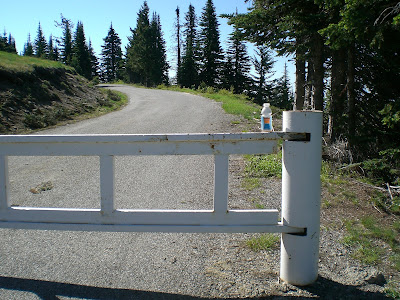 The gate to the summit was closed. Kathy was supposed to pick me up at the summit so I left a sign for her so she'd know I had continued up. I figured a nearly empty sport drink with chia seeds in it would be a good enough clue. (I picked it up when I came back down.) 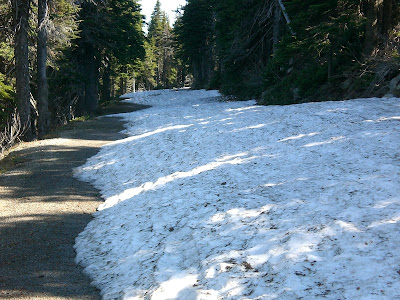 Here's the reason the gate is closed. The road to the summit is still snowed in. Since I only had Vibrams on my feet and I had to run back down to meet Kathy, I decided to turn back. 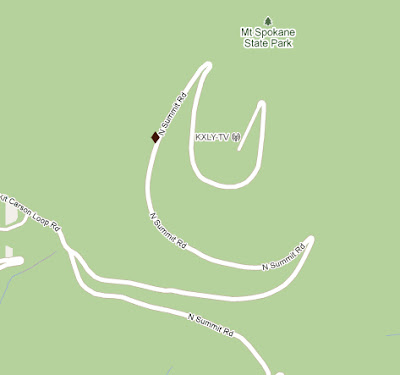 I'm guessing but I think I made it as far as the diamond marker on the map. Short by less than a mile.

I'm wondering if next week's run is going to end at the parking lot that's just before the closed gate at the intersection of Summit and Kit Carson Loop Road.
Posted by Hank Greer at 10:37 AM