To say I've been remiss in posting is certainly an understatement. I'll blame it on Daylight Wasting Time now that we're saving it so much.

Two weekends ago I went to Missoula to race at Rolling Thunder. There's something different about 'cross races in Montana. More beer for one. Free giant cowbells. Free water, soda, and snacks. And night racing at this venue. 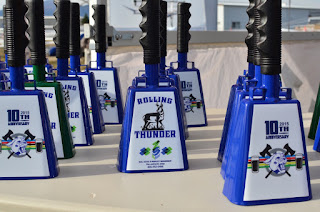 This year the event was held at Big Sky Brewery. Unfortunately, the course itself was not as much fun as last year, which was held at a state park if I remember correctly.  The table top, the whoops, the two sets of barriers, and the wood ramp going over the wrecked Subaru were cool. But the long, back-and-forth bumpy flat parts in a field that looked like it had been used for event parking was really hard on the back. More than one of us bailed on racing twice because of it.

I got to hang out with Steph and she took a ton of photos for me. She captured two shots of the scene below before moving out of the way of the poor fellow who crashed in front of her. He tried to pass on my left just after cresting the table top. Unfortunately, the whoops bumps are just as wide as the table top, which means their rounded ends are on the course. It did not go well for the guy. I felt bad for him. We caught up later on and he said it was his bad and that he shouldn't have tried to pass like that. I was relieved he wasn't blaming me but I still felt bad for him. He was a bloody mess. 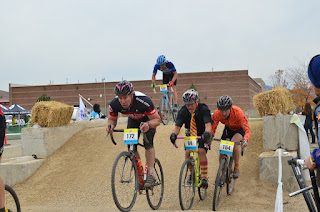 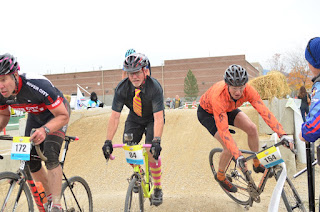 And here's the video. The women with the prosthetic leg is a bad ass.