Riverside In The Snow, Ice, Mud, and Water

I spent three hours riding around Riverside State Park yesterday. There are still a few areas where I had to leave my footprints because of the unrideable--at least for me--snow.  The snow was mostly rideable when I started but as the day warmed the deep stuff predictably became unpredictable. I would suddenly sink in a soft spot, which wiped out all my momentum. Sometimes I could power through. Sometimes I would have to catch myself before falling over sideways.

I felt much better this time around. The second time going up Five Minute Hill felt better than the first. Maybe because I was fully warmed up by then. 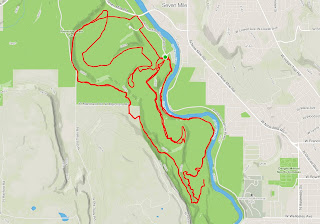 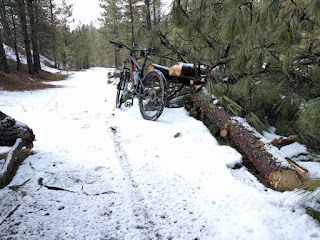 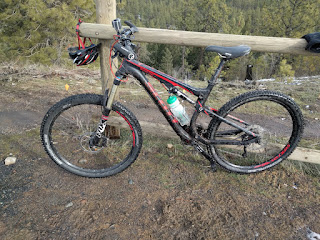 Snack break at the top of Five Minute Hill. 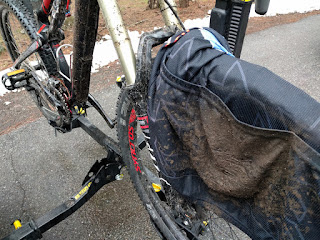 I had to strip down before getting into the car.
Posted by Hank Greer at 10:54 AM