Two gentlemen on the left were busy trying to save souls yesterday. One was politely handing out tracts to anyone who would accept one. The tract was full of warnings about hell. The other gentleman was yelling nonstop about everything and anything in the bible or what he believed the bible to mean. And he was aiming his words at the STA Plaza. Most people ignored or quietly endured him. But some decided he wasn't the only one who could raise their voice and would return in kind. It was entertaining for a while. 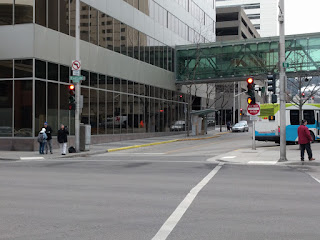