The ruts in yesterday's mud froze solid overnight. Almost every water puddle was frozen solid. The course was slightly modified to avoid the largest of the miniature ice rinks. Nonetheless, it was still very challenging. I raced the single speed today. It's not my strongest event so I planned on just having a good time. Before the race the Bike Hub crew asked me if I wanted beer hand ups when I went by.

After roll call they did the call ups. Call ups are for point leaders. You get a spot up front at the start. Imagine my surprise to hear my name for the final spot.

Whaaaaaaaaaaat? How did that happen?

I think they were just being nice. Basically it meant that I would get to see everyone behind me pass me. The whistle blew and most everybody took off like a scalded cat. I was more the mewling kitten.

The Bike Hub guys were not expecting me when I came by the first lap but they were ready on lap two. The difficulty for me was they were right before the barriers. So I dismounted early, grabbed the beer, jumped the barriers, drank the beer, and then jumped back on the bike. The next lap wasn't so easy. Since I was handed a can of beer, I immediately poured as much into my mouth as I could and then threw the can back before jumping over the first barrier.

There was no hand up for lap four because four ended up being my final one. The lead Cat 3 Men's racer passed me on the run up so I was done early.

A good time was had by all. I posted tons of photos on the INWCXS Facebook page. 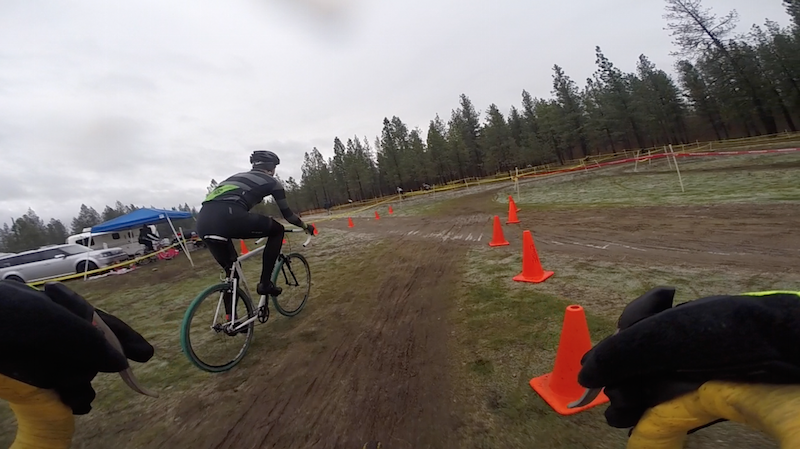 Andrew Ackerman coming back from a mechanical and on his way to finish 7th. 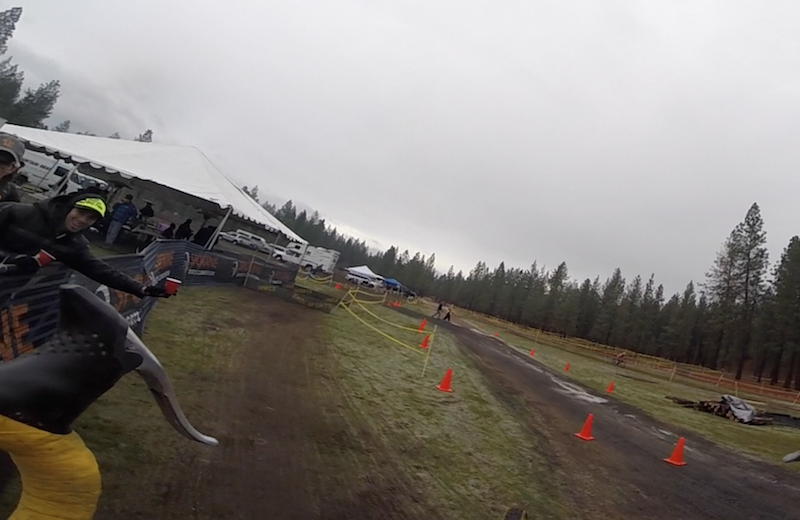 Beer hand up #1 on the second lap. 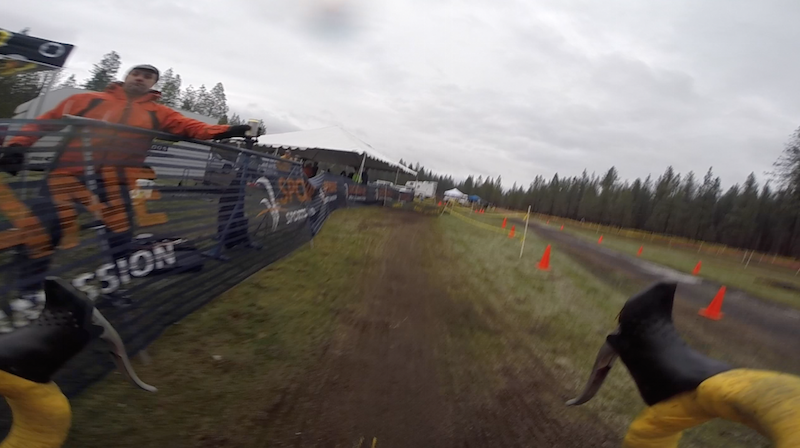 Beer hand up #2. Surprised, he just hands me his can of Oly. 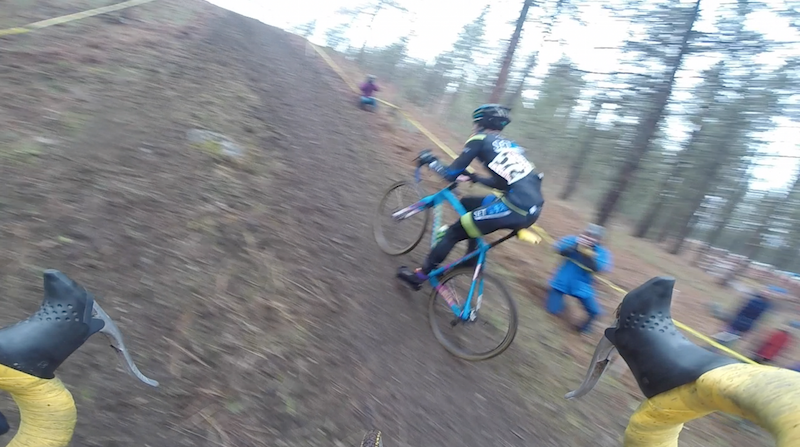 Cat 3 race leader riding up the run up. Because he can. 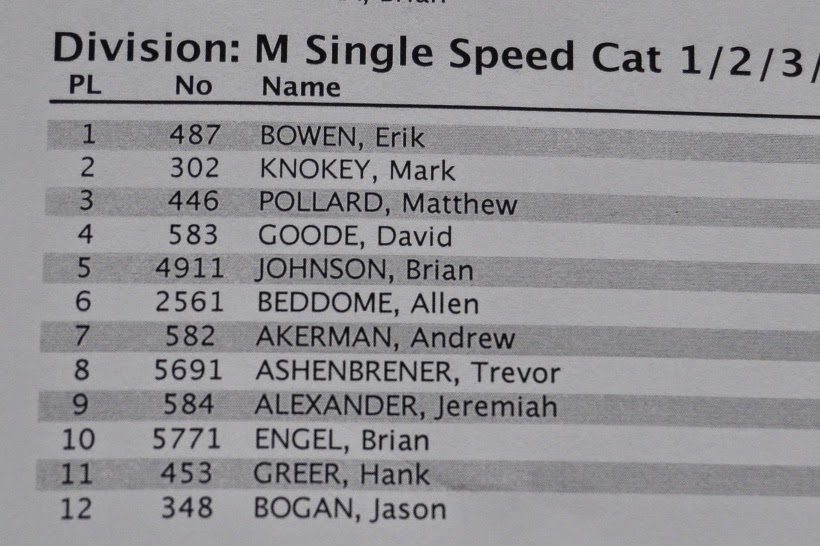 I wasn't DFL. I stayed upright. And I had fun.

I almost forgot. Matt Morra had the strangest thing happen during his race. He was attacked by a clown who had mad balloon tying skills.

Okay, he rolled the tire off the rim while the inner tube was inflated. Crazy. 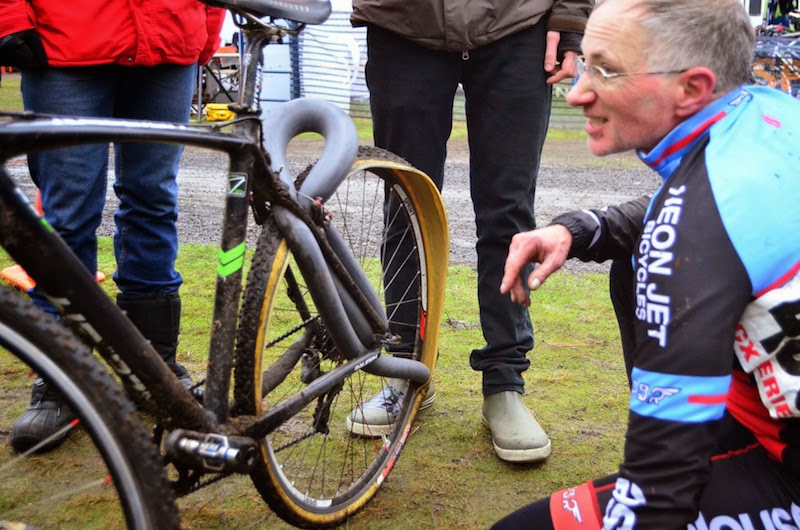