What a tough but fun weekend. I got to hang out and race with my brother John and catch up with my Team Double Check team mates whom I see about once a year. Saturday's race was at Marymount. The rains had thoroughly soaked the grass, which was then churned into thick mud by hundreds of bicycle tires. John did the Masters 45+ race at 9:10 and the heavens opened up for him. He didn't say so but I'm sure he was thankful for that. Racing in the rain is true cyclocross racing. The rains eased off for my Masters 55+ race at 10:00 and another large field of riders churned the ground up even more.

The upper part of the course had all the soft ground. The lower section was nice and solid. There was very little in the way of technical stuff. And there were two run ups. We dropped down to the lower section twice where we got to feel like we were going faster on firm ground. The we got to run up the hill and slog through the mud. It was hard work.

I raced again at 12:45 on the single speed. It was exhausting trying to get through the wheel-grabbing mud. It was so thick at the barriers that my bike would almost come to a complete stop when I jumped back on. So I just kept running with the bike until I hit more solid ground. One thing that helped me was the whiskey hand ups I took. The first shot didn't sit well for a half lap or so. But I was ready for it when I came around for the second shot. I'm pretty sure I finished DFL but I had a nice buzz going. And I made the local paper. 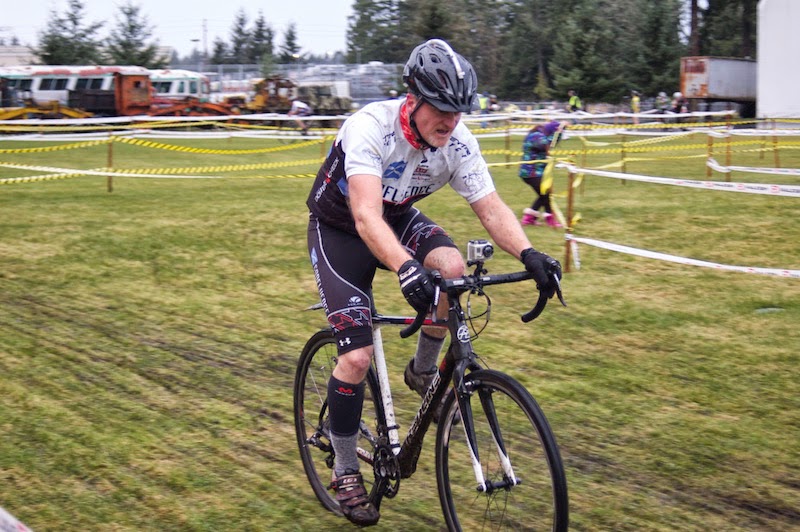 Although John's not smiling, he is having fun. 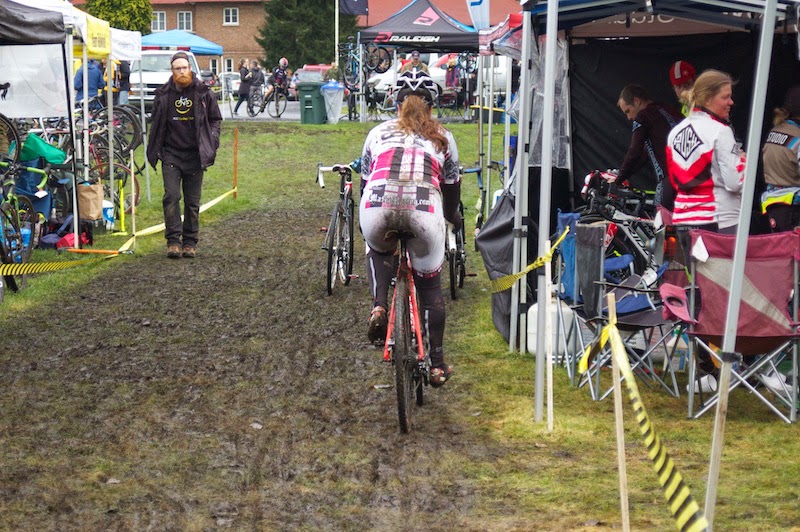 All racers looked like they shat themselves something fierce. 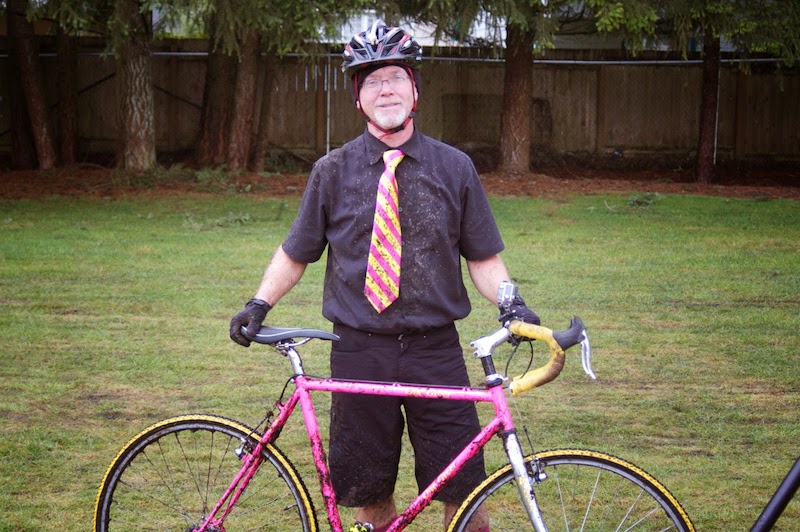 Tired and muddy after the single speed race.

Sundays venue was at Steilacoom Park. This course was definitely made for roadies. There was no technical stuff whatsoever. And there was no run up. They had a long climb and a fast descent with a coupe of sharp turns. The remainder was flat and featureless. John and I did the same races as before. I was tired from Saturday's efforts. About 45 seconds into the Masters 55+ I was all jacked up and coming in hot to a 180-degree turn. My front wheel slid out on the wet grass and down I went. Those who hadn't passed me yet now had a clear shot. The rest of the race was uneventful. On the bright side I did finish 14 our of 17 so no DFL there.

During the single speed race, in which I got to see all the other riders twice, even John Speare's friend Dylan who was tented right next to us. We both kept thinking we knew the other and finally got that settled when I spoke up.

John kept my spirits high with some beer hand ups. It was great to have something to look forward to because the long climb was brutal. With each lap I was spending more time standing on the pedals and trying not to hate life. But I stayed upright the entire race, rode as hard as I could, and had a good time. 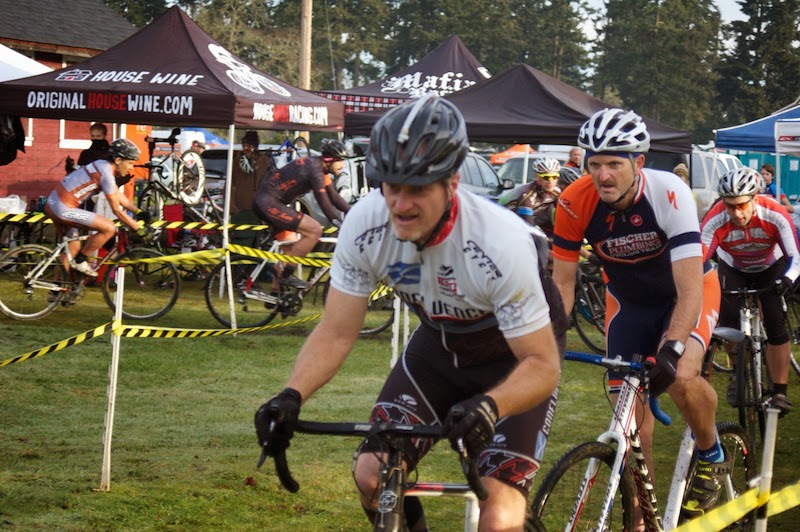 John tearing it up at Steilacoom. 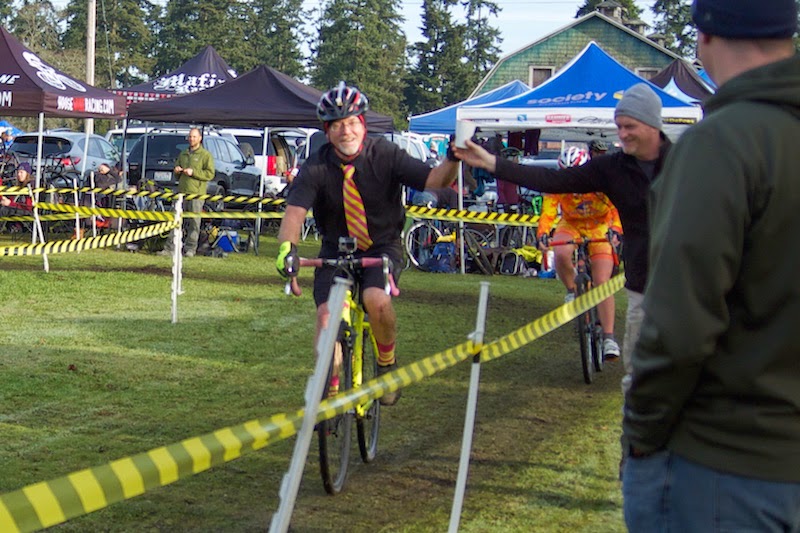 John doing me a solid with a beer hand up. 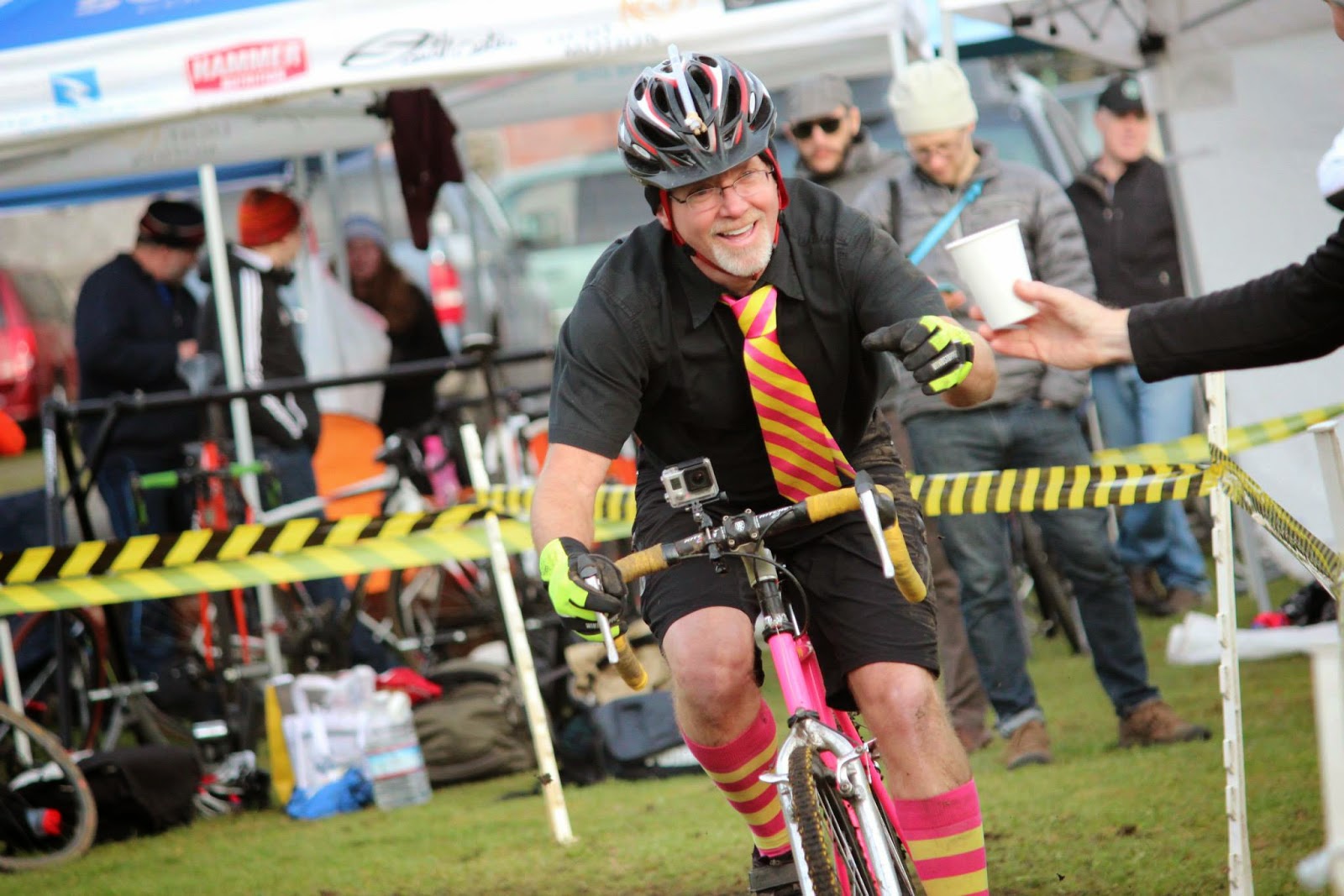 I always bring my A game when it comes to beer hand ups. Bryan MacDonald caught these shots of me at the top of my form. 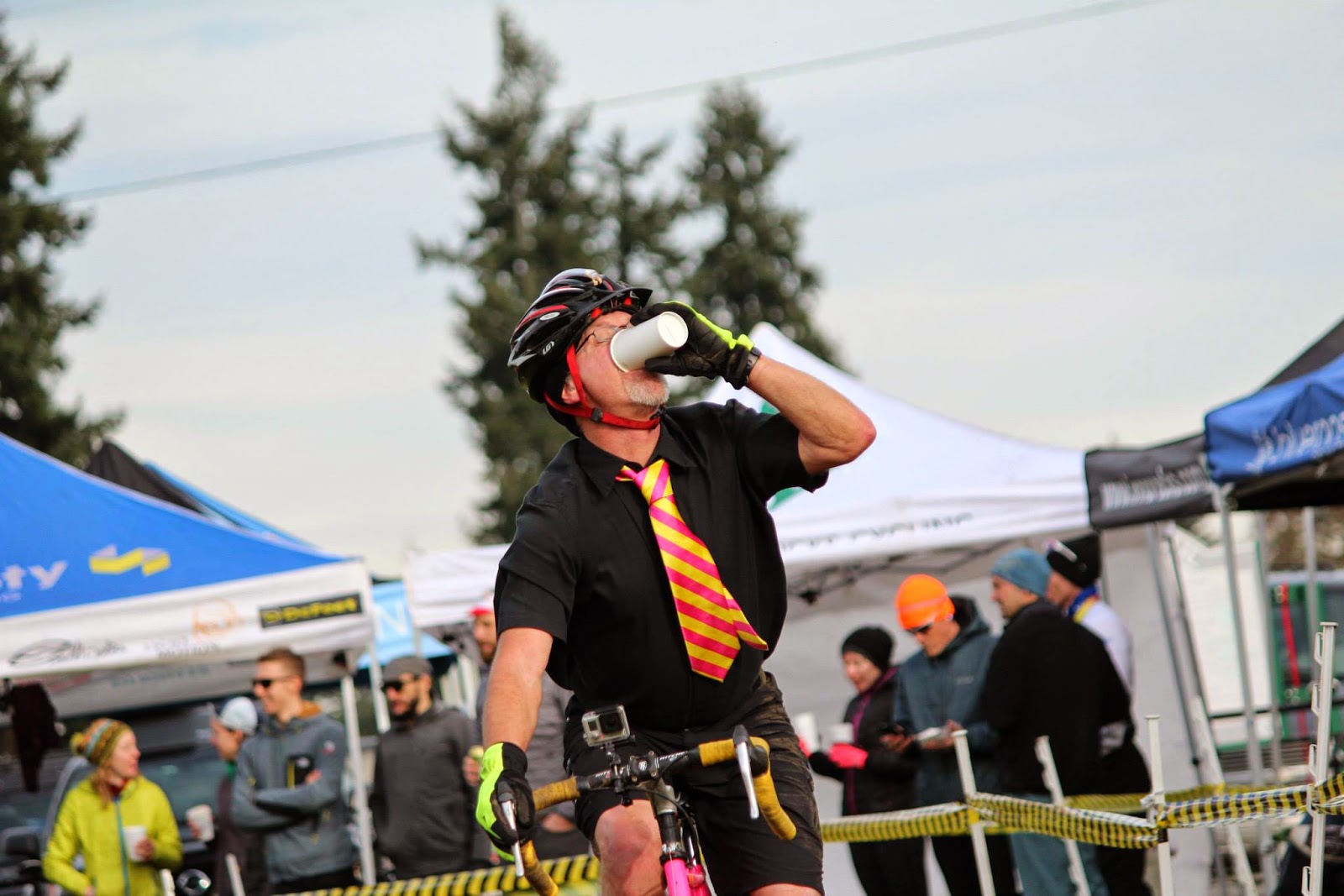