Making Lemonade With Her Pants On Fire

Our less-than-savvy social media congresswoman, Cathy McMorris Rodgers, achieved Internet famosity last week with her Facebook request for Affordable Care Act horror stories. The whole thing backfired horribly for her. And rightfully so. She's been bad mouthing the Affordable Care Act and trolling for horror stories for ages. It's amazing how few horrors she has uncovered and how lacking in horror they are. Unswayed by the lack of evidence, she relentlessly presses on with her Sisyphean task of rolling her Obamacare boulder up the mountain. Only Sisyphus did it as a punishment.

Well, it turns out the backlash she suffered was not her fault at all. It had nothing to do with the overwhelming positive stories posted on her Facebook page by her constituents before attracting attention elsewhere. According to the email I received from her this evening, it was the liberal media attacking her. And the liberal media minions posted favorable stories about Obamacare on her Facebook page and attacked her. 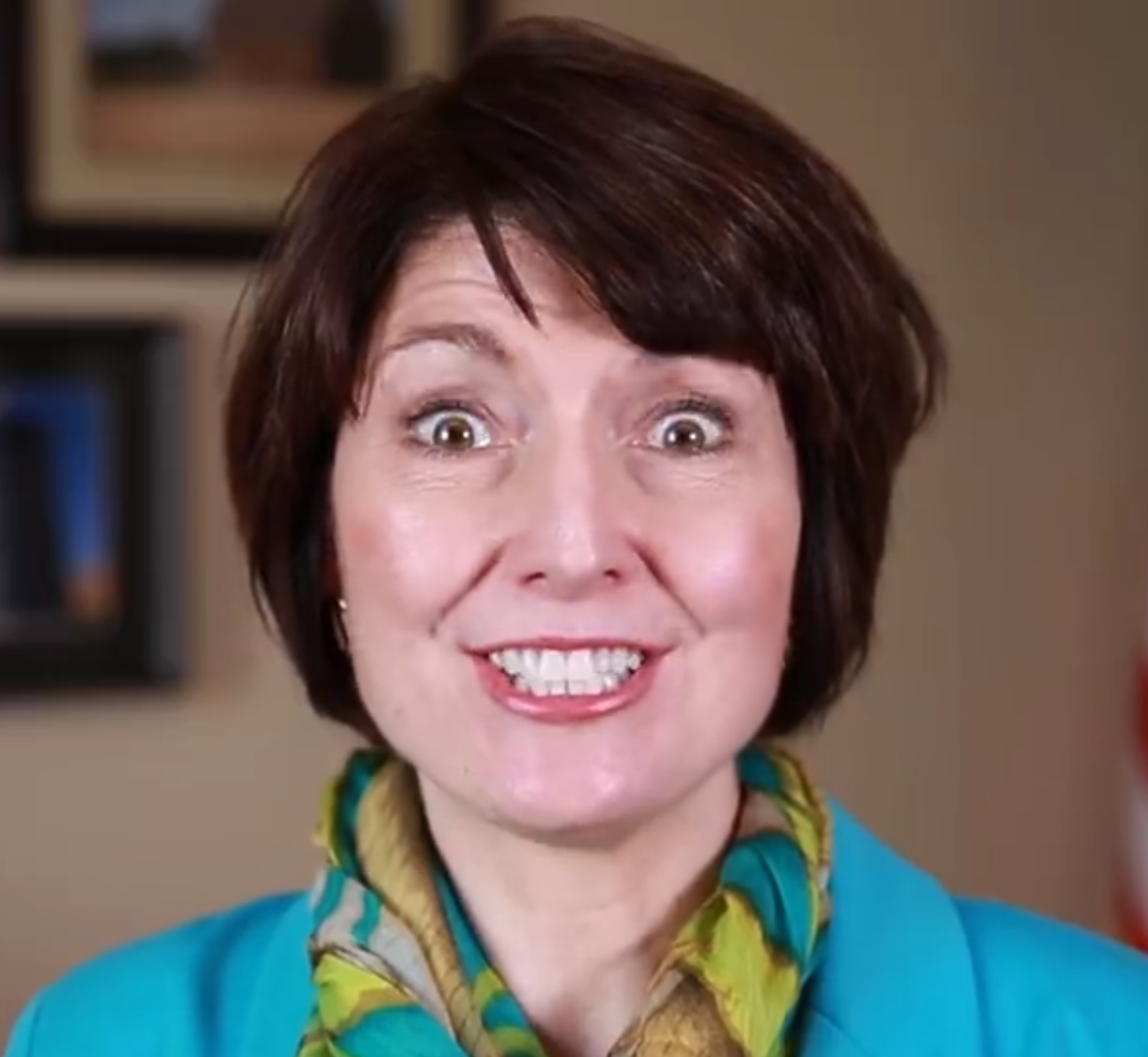 I'm not crazy! I'm under attack!

Last week, on the 5th anniversary of Obamacare becoming law, I asked Eastern Washington families to share their Obamacare experiences with me — and I heard it all – the good, the bad, and the ugly.

But right away, the liberals in the media began attacking me. Over one and a half million viewers were pushed to my Facebook page to berate me and praise Obamacare.

The New York Times, MSNBC, and radicals from San Francisco to Great Britain piled on. They’re trying to stifle the honest voices of people in Eastern Washington who are telling the painful truth about Obamacare.

They don’t care about Republicans’ health care solutions or any proposal that doesn’t fit into their top-down, one size fits ideology -- that’s why it’s so critical that we defend ourselves and fight back against the liberal influence in our nation’s capital and in the left-leaning media.

Can you help me fight back and defend the work my team is doing to fix America’s health care?

Add your name to stand with me against the liberal media and their ruthless attacks.

But when you clicked on the link to to tell your story, it's obvious she's not after your good experiences. Whether Obamacare has turned your tax filing into a nightmare, you’re facing skyrocketing premiums, or your employer has reduced your work hours, I want to hear about it.

Regardless, the embarrassment and awkwardness she endured and the predicament she found herself in were the work of the liberal media, and not her misinformed, singleminded, Koch brothers funded obsession with overturning health care legislation that has benefited millions of Americans, including many of her own constituents.

But our congresswoman does have her priorities set.

Leave it to Cathy McMorris Rodgers to shoot herself in the foot, plant the gun in someone else's hand, claim to be the victim, and then use that to raise money her PAC. 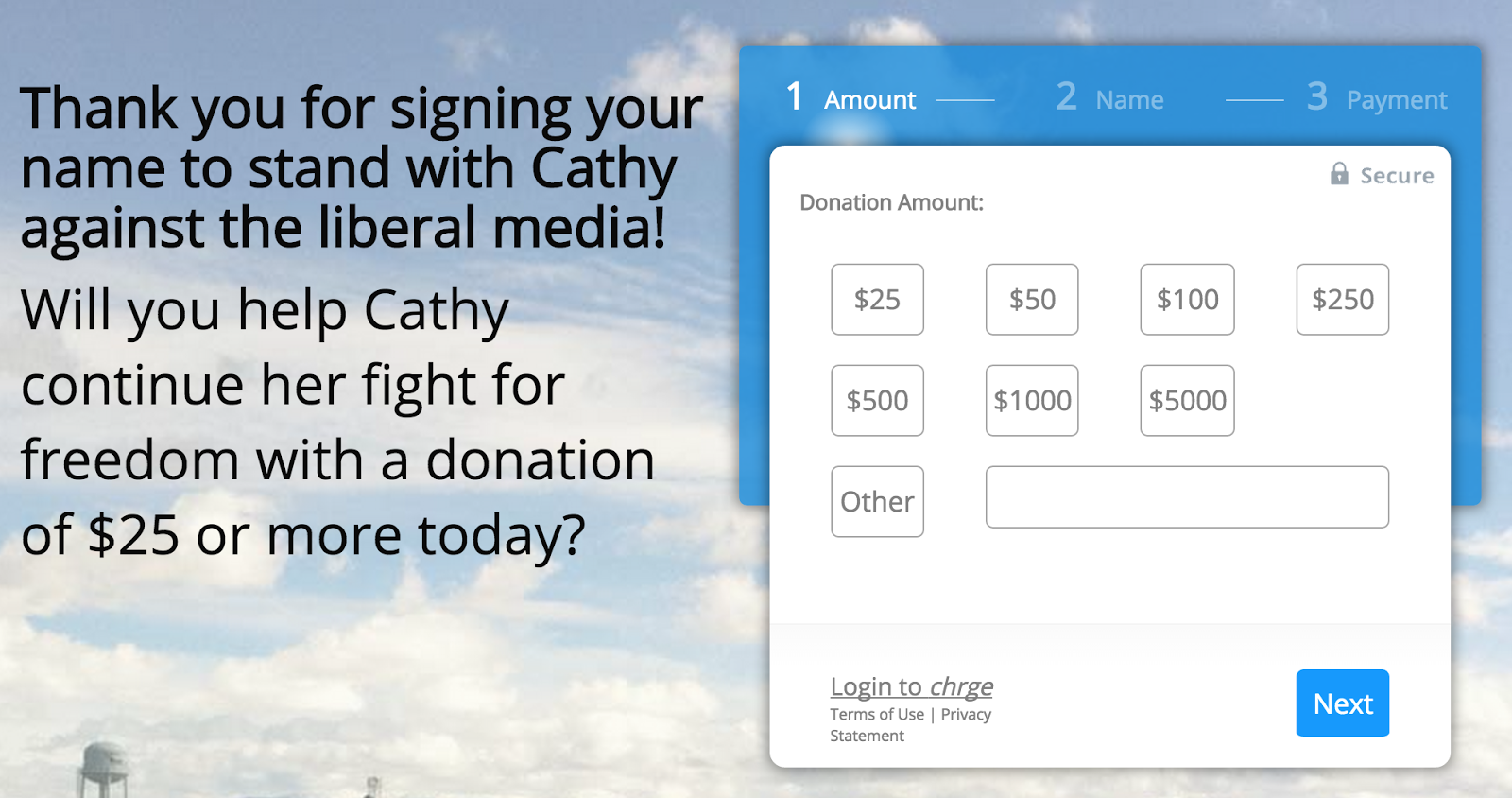 Figuring this out was like the easiest episode of Columbo ever.

As a Democrat, I couldn't agree more.

That's why I'm voting for a media-savvy candidate who used one device for convenience (ok, several devices), who is a champion for data privacy (ok, voted for PATRIOT Act and supports NSA), who is champion of government transparency and record-keeping (albeit on her personal Blackberry and iPad and her FOIA-proof now-wiped private server), who got her start bringing down a paranoid President with an 18 minute gap (ok, she has years of gap, whatevs), who would never use her government positions to raise money (excluding a hundred million here or there for Wall Street speeches and a billion here or there in foreign foundation contributions), who doesn't have a relationship with a single PAC (except for like thousands), and who never blames the media and always takes full personal responsibility for bad decisions (except for all the time and never).

Sure the trench-coated vast right wing conspiracy (ie Progressives) may want Democratic candidates to clear up a couple loose ends, but it's nothing important you understand.

Hank, you probably saw this one from one of those left-wing nut cases (aka newspaper columnists)