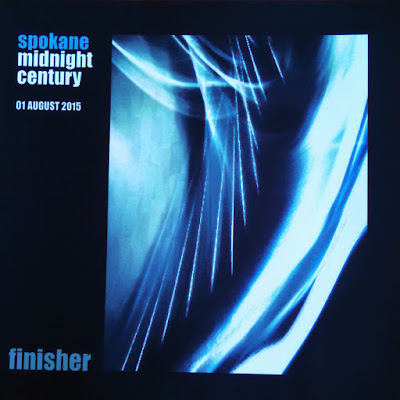 great job! yeah that gravel was a killer - it seemed like they recently laid down a fresh layer, and combined with the ruts made for some very tricky handling. heard about the suspicious finishers - I had been leap frogging with a few riders, and then I passed them and some others who were stopped alongside the road at one point. I wasn't sure what was up, but there were 8 or so of them. They never passed me after that, which i couldn't figure out because they were stronger riders than me. I finished at 9:20 - super slow this year - and 3 or so signed in after me. not sure what happened to the rest of that group.

Great retelling, Hank. Damn, your writing chops just keep getting better and better. And congrats on a super fast time. John stopped by yesterday and we were remarking about how high the MC bar is now . . . it used to be something to just finish it, but now there are almost no dnf's and the number of people finishing in sub-seven is amazing. Of the three tries, the one time I finished in something like 12 hrs is comedic now. But I still consider it a major achievement. The MC is the MC, and there's nothing like it.

Chip lives a couple of blocks from me and we've done a few bike adventures together and it has been my thought that you guys should really be introduced, but I'm not good at that, so I'm glad you took care of it by yourselves.

Good to meet you that night, Hank. I would have liked to chat more but I was trying to hold it together and stay with the three of you. The cold got to me in the early morning and then ultimately the washboard chattering through my body. Next year I'll know what to expect and prepare. What a wonderful and surreal experience flowing along the river at night, climbing lonely roads up to the top of the plateau, and then being greeted by the sun among the wheat fields. I can understand some the deep Native American connection with this land.

Hope to ride with you again soon.

Scott - Great to see you out there again.

Pat - Thanks for the kind words, although I am truly envious of your storytelling skills. Your posts are the best reads.

Chip - Sorry we didn't get to chat much, it at all. I'm mostly an introvert so getting to know people takes me a while anyway. The washboards were absolutely murderous this year. But what a ride, huh? I'm sure we'll meet again. Maybe it'll be a time when we'll have an opportunity to chat over a beer.

For a couple years now I've been thinking about coming up with another route. One with similar if not more challenges. There's a lot of good gravel and climbing north of Spokane. Not to take away from the original route, but I wonder how well it would be received if one year we took a different one. Better yet, if we alternated between three different routes.

Hank, I just wanted to say thanks for pulling our group down the Centennial Trail for so long. By the way I was the one in the black Bike Hub jersey. Great job on the finish and great write-up.

hey wait thought i was the introvert in this gang! Anyways, i was thinking along the same lines as you hank, except instead of a different route for the MC, more along the lines of a similar non-sanctioned, non-supported big ride mostly on gravel and dirt.

You WIN, you WIN....the trophy, the medal, the door prize, the ribbon, the grand prize!!

Now you can rest for awhile...like stop this silly night time stuff?? much love, auntjanet