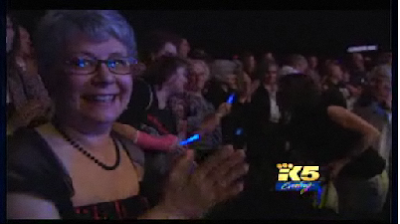 My Aunt Judith entered a contest held by Seattle's KING 5 television station to find the ultimate Barry Manilow fan--and won! Her daughter, Laura, has a great write up of the Barry Manilow music history in her family. Judith is the Ultimate Fanilow. She won a trip to Las Vegas to see Barry in concert as well as meet him afterwards. A crew from the TV station went along to make a story to tell. It was on last night and it's online. Way to go, Judith! 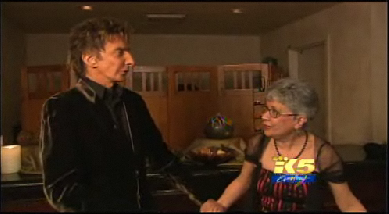 Hank Your aunt looks like a wonderful person. How great her FANILOW devotion won her the trip and you showed her off on your blog. Sometimes old aunties can be kinda wierd....auntjanet

Hank, it is wonderful that someone in the family can link all these important things together. So tell, me is it possible to make other still photos from the video... I need the best one of me and Barry. RSVP Judith