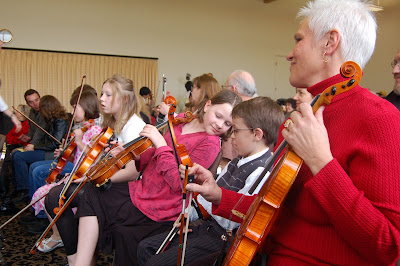 The woman on the right is Sue, a great friend of ours for many years. She's sitting with her fellow violin students as they wait take their turn to play in their first recital. 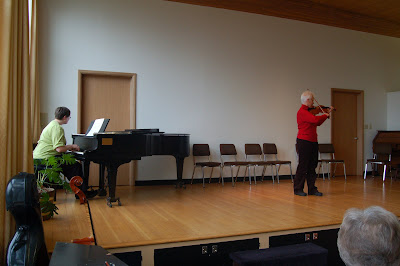 Among the many trials she has survived, the worst was probably breast cancer. For many years Sue has wanted to learn to play the violin. Last August she started taking lessons. This was the first time she ever played in front of others and she did great. She also received the loudest applause of any of the students from the many parents in the audience who probably couldn't imagine putting themselves in the same position as this woman in her mid-fifties. 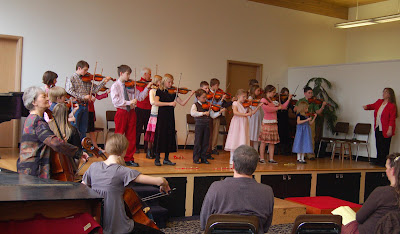 At the end of the recital, all of the students got on stage and played Twinkle, Twinkle Little Star together. Your eyes are not deceiving you if you think you see nothing but children playing violins on the stage. Some people refuse to reach that age where you can't do something. Sue rocks!
Posted by Hank Greer at 7:39 PM

Wow - that is a very nice story. May we all be so brave and sure.