Kathy and I went to Las Vegas with Judy and Charlie, my sister and her husband, for a fun four-day getaway. And just like everywhere else, there's plenty of things to see that are off the beaten track. On the way to the hotel we saw an unusually shaped building. It wasn't very far from the hotel so we walked over to check it out. 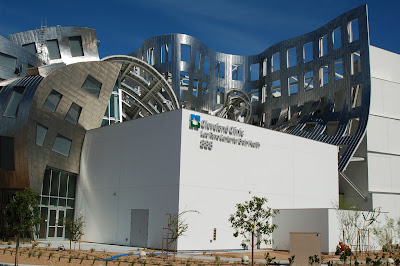 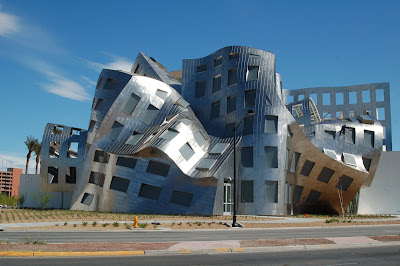 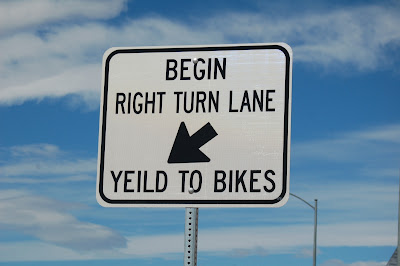 This bike sign caught my attention. The arrow serves a dual purpose. It points out the lane and the spelling error. 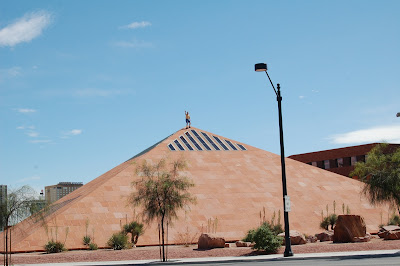 While walking past this pyramid-shaped structure, Charlie said something about me running to the top. (Now why didn't I think of that?) The adults supervising me said they would bail me out if I got caught so I scampered to the peak. I managed to get down before any of the authorities came by. 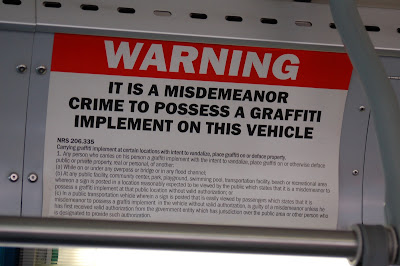 Don't even think about carrying a Sharpie on the bus in Las Vegas. Or a can of Rustoleum. Or maybe even crayons. 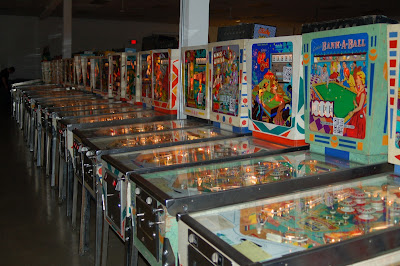 The Pinball Hall of Fame took me back in time. Remember when pinball machines were considered a type of gambling and you had to be 16 years old to play them in Washington? This place is not a museum where you just look at the machines on display. You can play almost every one of them. That POP! indicating you won a game is an unforgettable sound. The tilt mechanisms were set a little more sensitive than I liked so I had to be careful. Many of my old skills were rusty but they came back pretty quickly. 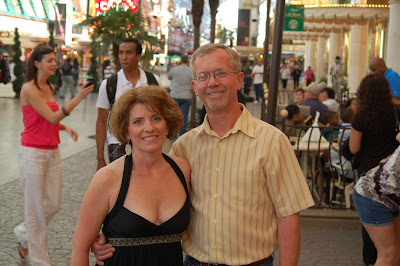 Me with my trophy wife of nearly 30 years. There's a reason why Kathy looks way too nice to be seen with the likes of me. She was all dressed up to go see Cher with Judy. On the way to our meeting point, Kathy and I along with two other ladies, got stuck in the elevator. It lurched to a stop and the doors didn't open. I was not about to let Kathy miss the show. I could see light between the doors so I worked my fingertips in between and pulled them open. It wasn't that hard to do but it looked pretty cool and it got me about ten seconds of basking in the hero worship. I look buff enough to pull elevator doors open, don't I? 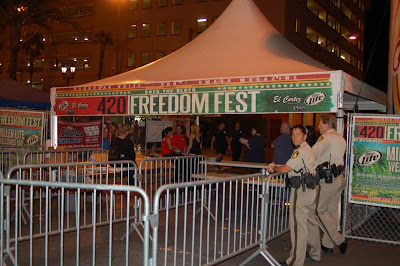 Charlie and I played craps while the girls were seeing Cher. Being a heavy gambler that I am I only play on the $3 tables because you can play for a long time even when you're losing. After we'd had enough, meaning I had lost my limit, we walked over to the east end of Fremont Street and found the 420 Freedom Fest was just finishing up. Just for grins I asked the two cops here what "420" meant. They knew it meant something but all they could come up with was that 4/20 was Hitler's birthday. You can read up on the meaning of 420 as it relates to marijuana here.

A fun time was had by all and now it's back to work. Hmmm, maybe I could put a pinball machine or two in the basement....
Posted by Hank Greer at 8:23 PM