Welcome To The Pastafarian Academy

Valarie Hodges is an elected state official representing Louisiana's District 64 in the state legislature. She voted for HB 976--and the legislature passed it--which creates a voucher program allowing students to attend schools run by religious organizations. She was dismayed to learn that "religious" includes more than the church she goes to.


“I actually support funding for teaching the fundamentals of America’s Founding Fathers’ religion, which is Christianity, in public schools or private schools,” the District 64 Representative said Monday. “I liked the idea of giving parents the option of sending their children to a public school or a Christian school,” Hodges said. Hodges mistakenly assumed that “religious” meant “Christian.”

"Unfortunately it will not be limited to the Founders' religion," Hodges said. "We need to insure that it does not open the door to fund radical Islam schools. There are a thousand Muslim schools that have sprung up recently. I do not support using public funds for teaching Islam anywhere here in Louisiana."

Never mind that the Founders had varying and differing beliefs quite unlike the lock-step belief system Representative Hodges subscribes to. Louisiana's public school system is ranked #49 in the nation. A thousand Muslims schools in Louisiana would easily move them up a couple of notches. Instead, they're playing Follow The Leader on a quest for the big five-oh. 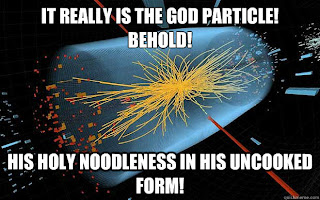