Today we have an excellent example of our two-tiered justice system. General David H. Petraeus admits to providing classified information to his biographer, lying about it, and illegally storing classified information. He signed a plea agreement in which he will be convicted of a misdemeanor and subject to up to 12 months in prison. His sentencing has not taken place yet.

Interestingly, the judge is not a party to the plea agreement and does not have to accept it, which could force a new agreement or a trial. But I have no illusions that something like that would happen here.

I'm reminded of a song. 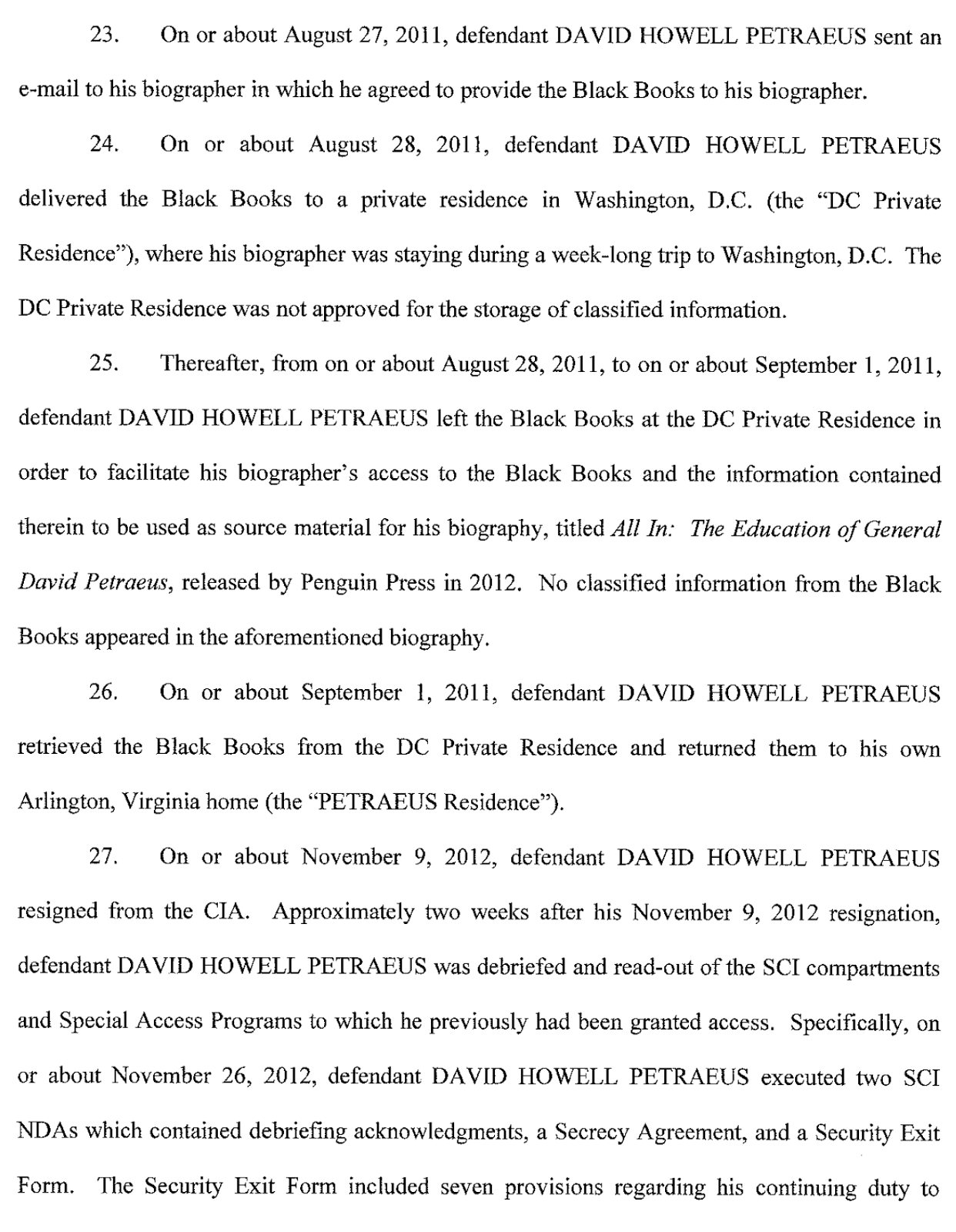 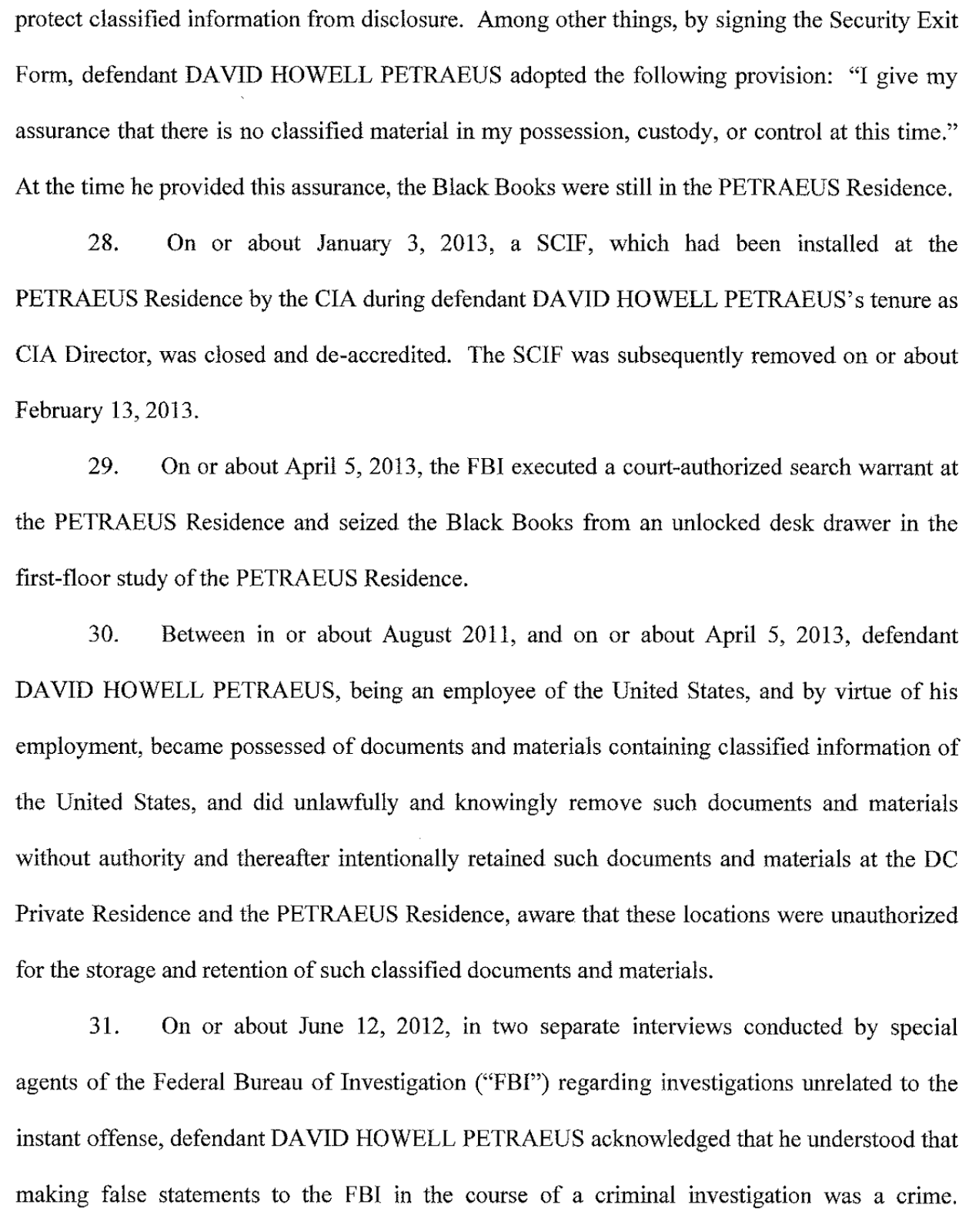 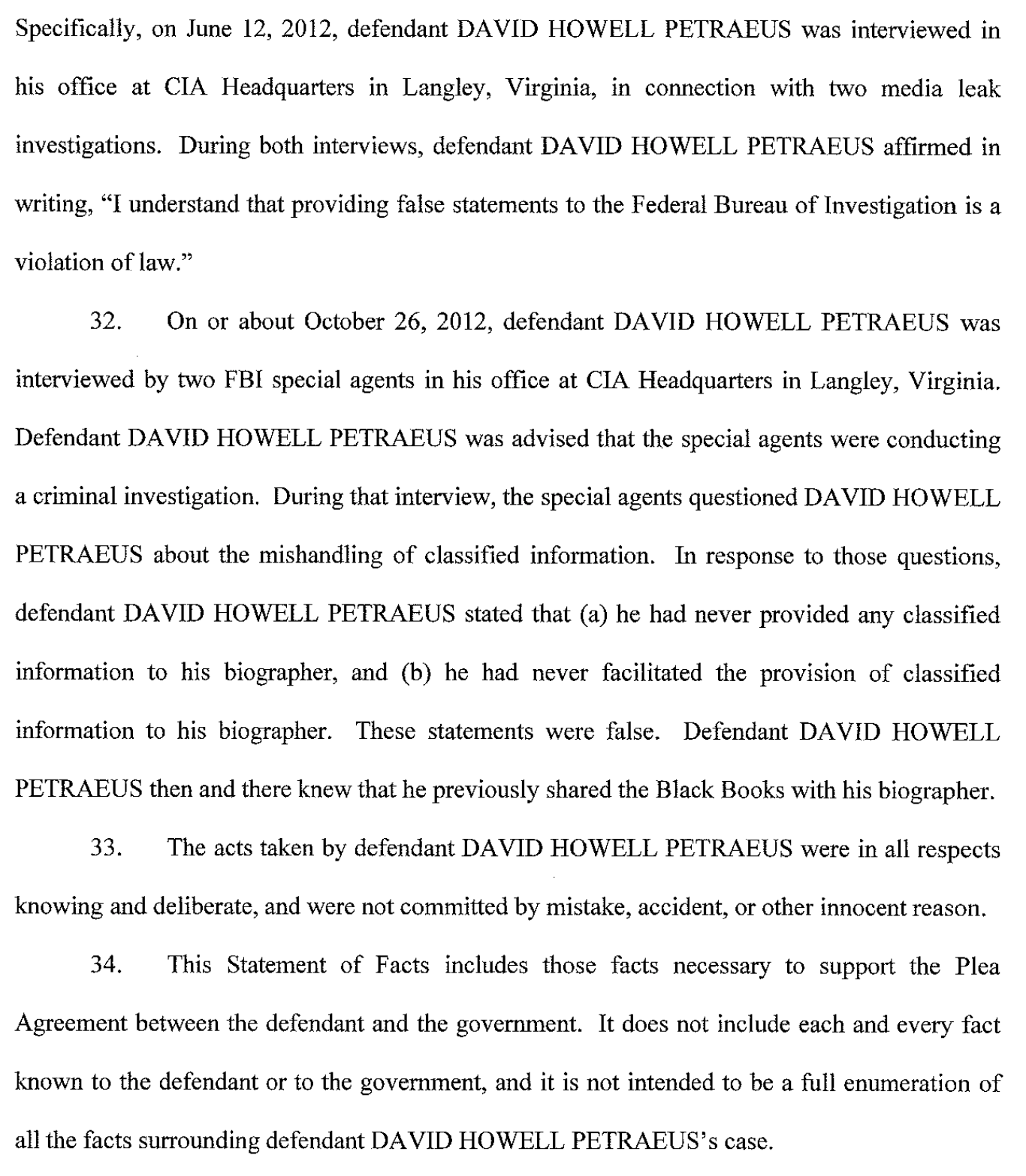 And now it turns out Hillary ran her own email server. I doubt any federal employee would act in such a secret and FOIA/subpoena resistant fashion. Unless, that employee was corrupt.

Walker and Christie are still in the running despite scandals in their home states, how is that possible?

But the Clinton scandal won't rest. Her secrecy is tied to too many other issues: Foreign and corporate payoffs. Her transparency campaign abroad. Libya.

We're sticking with a 2016 boycott, but now we believe Clinton will lose, particularly if the GOP sticks with a "clean Jeb" strategy.

PRESIDENT: 18 and a half minutes. Are you listening? On your knees!

PRESIDENT: This, this Rodham. She--

KISSINGER: Sometimes, the aphrodisiac of power turns to self-love.

PRESIDENT: --and she dared challenge [shouting] my [expletive] presidency over 18 and a half minutes. She was on the committee.

DEAN: Mr. President, the committee was like an oncology ward--

PRESIDENT: [shouting] Dean. You allowed this? On your knees. Pray.

DEAN: Mr. President, you're already in hell, I hardly think--

PRESIDENT: I backed the ERA...affirmative action...the E[expletive]PA! I didn't take money from the Arabs or the--!

PRESIDENT: I dictated to China. China didn't dictate to me!

PRESIDENT: And she calls herself a liberal? You know what? She's Goldwater.

PRESIDENT: That brought me down.

KISSINGER: Not entirely unattractive, all the same. She liked my book.

KISSINGER: I hope for a cabinet position, but Mr. Clinton has already claimed State...

Another day, another Northeast Democrat indicted on corruption charges. This time it's Menendez and his optometrist. Talk about 2020 foresight. Bonus: He might take Reid with him.

Of course, this whole deal is complicated. Because Cuba.

Still, drop a pin on the map at, say, a private email server in Chappaqua, and draw a circle around it.

Thing is, despite the dismissiveness of Northeastern pundits like "Spokane" Tim Egan, the Clintons have lit the email scandal like a bag of dog poop on the White House stoop. Party unity my ass.

Who knows? Eric Holder, the lazy AG who can't be bothered to arrest torturer W, not even when he and Martin Luther King have the creep cornered on the Edmund Pettus bridge, might still make a last gasp "full Ferguson" on Clintonite Rahm's gulag.

Unless he understands Rahm to still be in favor with the President. Better sleep on it. Zzzzzzz.

Just imagine if Holder had been as fully engaged on, well, justice and enforcing the law, as he was on the quality takedown of the Ferguson racists? What could have been: Epithet of the whole Obama administration. "My party went to the White House and all I got was this lousy trade deal."

"That begs a lot of psychological and personality analysis of whoever might think about running against her,” [former DNC chair] Fowler said." (WaPo.)

Got that? It's not crazy that the DNC has placed all its bets on an email-hiding bribe-taking hubris-inflated bozo two years before the election. Oh no! What's crazy is to challenge that creep in the primaries.

Progressives hope Democrats are too stupid to bring primary challengers.

"Pages of email." Is that like "binders of women"?

Somewhere, a frantic IT guy is trying to recreate an overwritten drive. We smell doughnuts, Dew, and fear.

Unless the Clintons have a cray Cray quantum computer, they'll never get the sync.

Dumb as Petreus's love nest email account, but on a grander scale.

It's over. Stick a fork in her campaign, it's done.

As the Clinton email-payola-gate unfolds in a predictable slo-mo free fall, nobody in the media notes the two-tiered aspect of the Democrats "privacy" defense. Clinton voted for the PATRIOT Act, and routinely defends the illegal spying activities of the NSA, fusion centers etc., even post-Snowden. Not only do Democrats oppose privacy rights and due process for Americans, Biden pretty much wrote the PATRIOT Act back in 1995. There's a long history of Democrats joining with Republicans to attack privacy of citizens, and particularly citizen email.

So now Democrats are standing the 4th Amendment on its head. Rather than limit government intrusions into OUR privacy, they have redefined privacy to mean
mean that we the people can't know the official action of goverment figures acting in an official capacity.

Elite corruption and abuse of power are now sheltered by "privacy" but our love letters, yoga questions, wedding plans and other intimate communications are fully open to the elites.