First Duathlon Of The Year

Kathy and I went riding with our friends, Bob and Donna, on the Children of the Sun Trail today. They just had their road bikes tuned up and were ready to go on their first ride of the season. As we approached the south end of the trail we came up on a couple of "Sidewalk Closed" signs.

Well, we don't let things like that stop us now, do we? 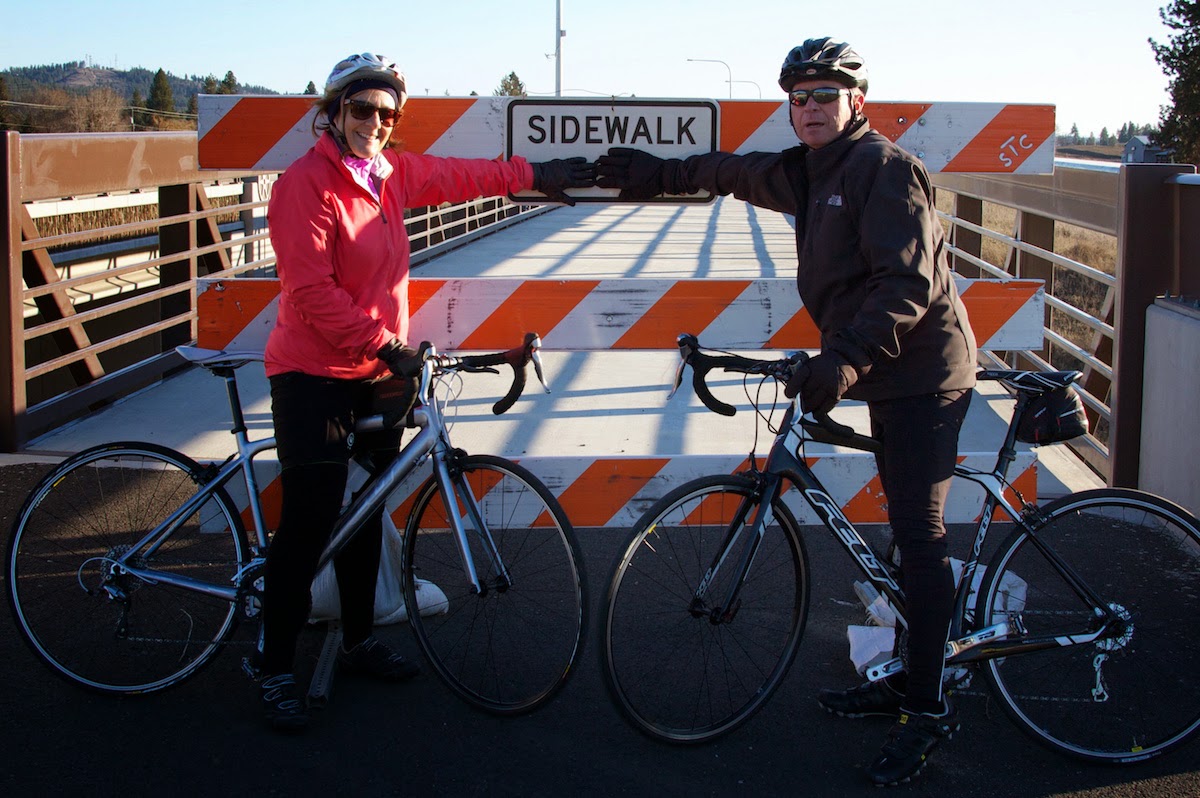 The part of the trail that goes into the trailhead on Freya (going to the right in the photo below) is torn up. And it looks like the trail is going to continue south. I followed it until I reached the roundabout. 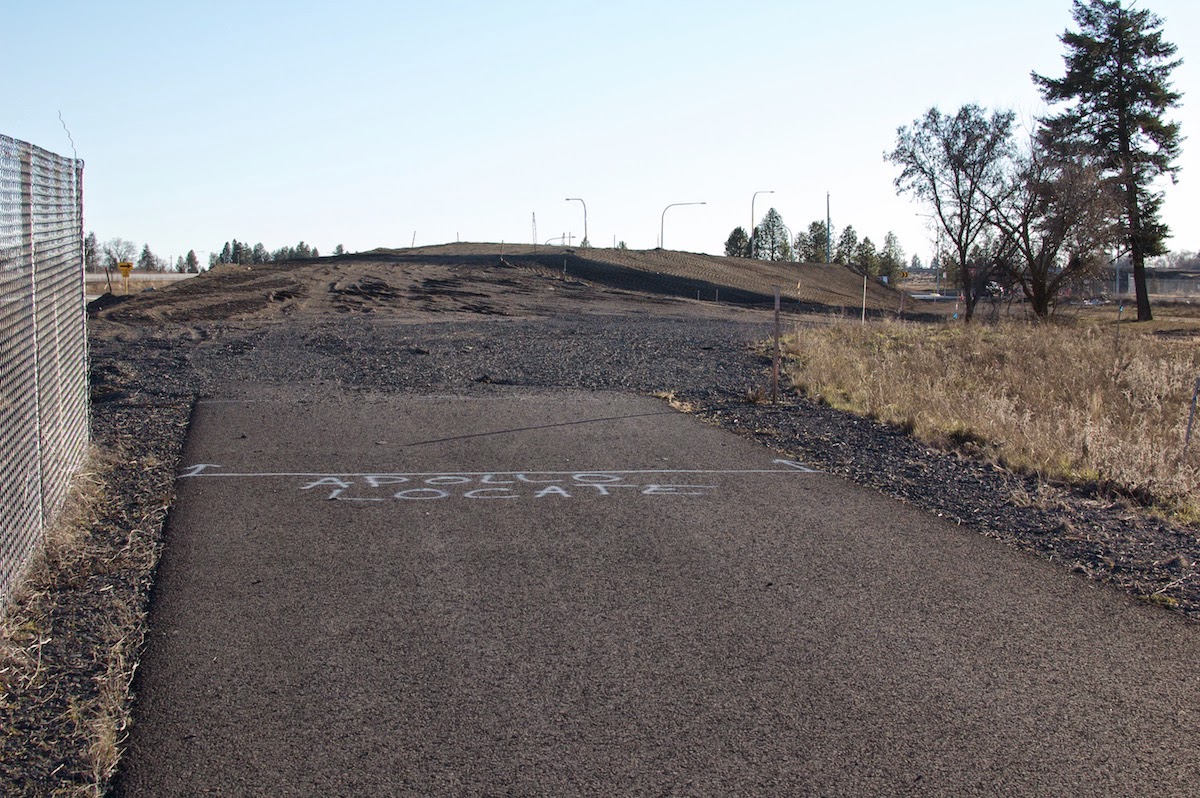 And then I went across to the other side of the roundabout where a pile of dirt looks like it could be the other end of a bridge that may go over the roundabout. That would be cool. I wonder where the trail will go from here. 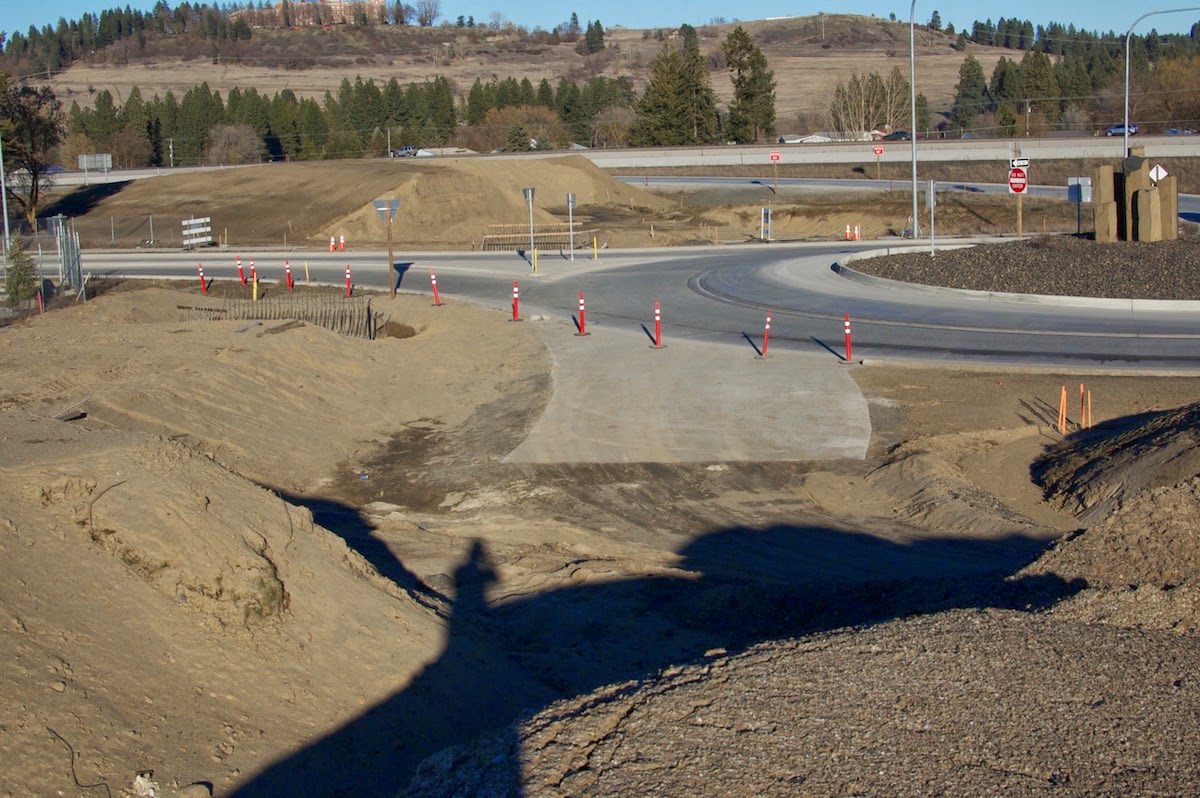 I was on my cyclocross singlespeed which has no problem going off road. Unless, one of the tires picks up something that causes air to leak. So guess what unprepared cyclist had to run the last three miles home. 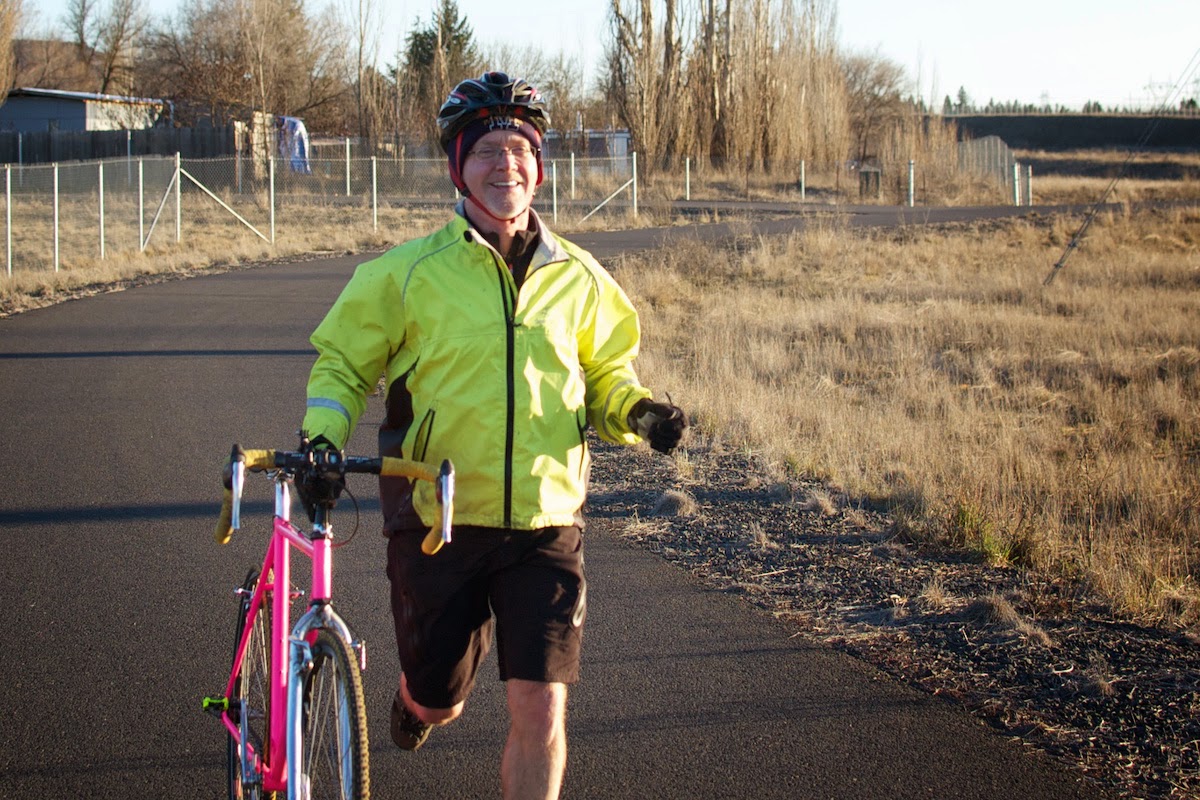 This is a photo of a moronic cyclist on foot.
Posted by Hank Greer at 8:10 PM