Which Religion Should Be Our National Religion?

There's been quite a bit of Internet buzz about a question on a recent poll (PDF) where 57 percent of the respondents said they would support establishing Christianity as the national religion. Here's a snippet from the poll that includes that question. 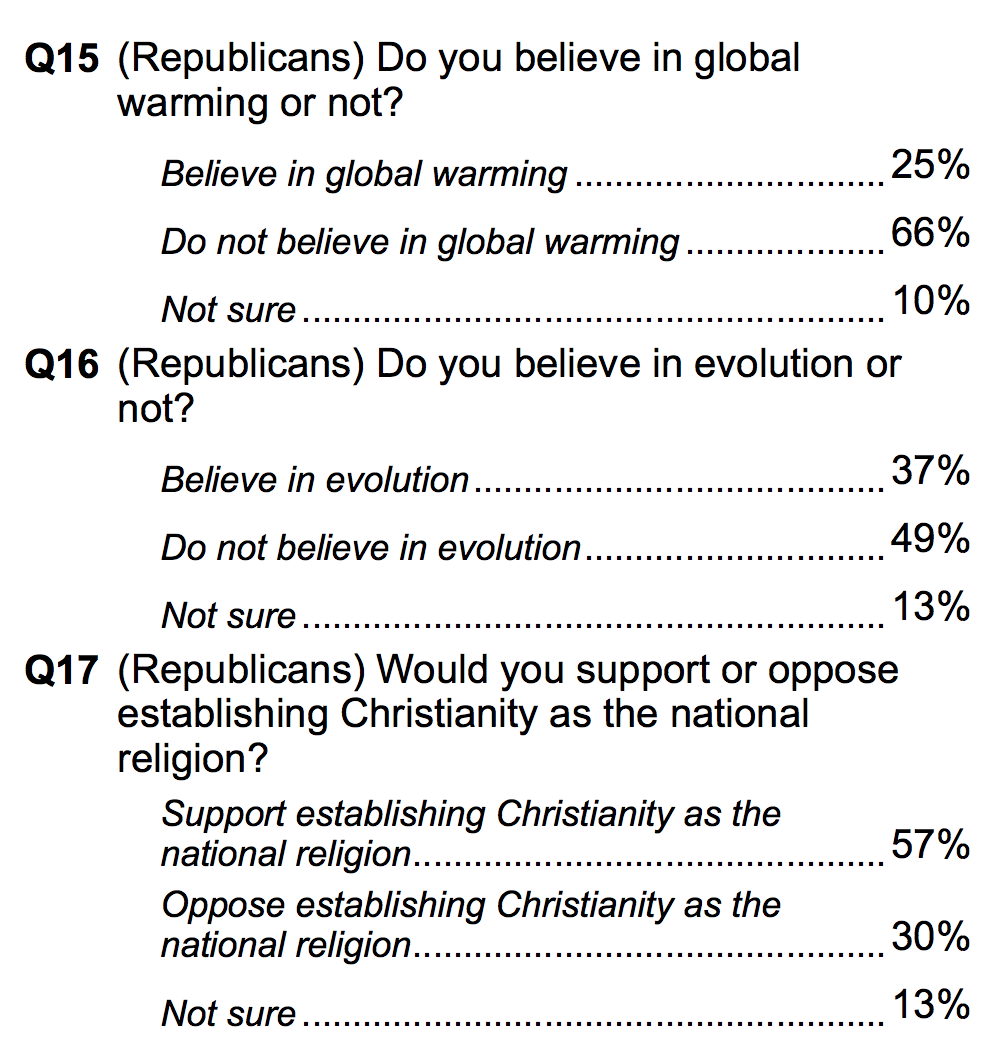 It's a bit picky of me but I have a problem with questions 15 and 16. Global warming and evolution are not, like a faith, something you believe in, although many people would differ with that, especially those who don't believe in them because of their faith if you get what I mean. It would be more correct to ask if they think the current science that explains global warming or evolution is accurate.

Aside from the constitutional prohibition of establishing Christianity as the national religion, the issue I have with question 17 is that it's too vague. Christianity in itself is an amalgam of related faiths. There is no one Christian faith--unless you're a member of one that claims to be.

I would like to see the answers to this question:

Which Christian faith should be established as the national religion? Catholicism, Lutheran, Pentecostal, Presbyterian, Baptist, Mormonism, Methodist, etc., None.

Ask the question in that form and I bet the members of the various faiths, realizing their particular faith may not come out on top, would select None.

And some of them might remember what the United States Constitution says about the subject, "Congress shall make no law respecting an establishment of religion...", in order to ensure they, should they have a faith, are free to practice it, "...or prohibiting the free exercise thereof;".
Posted by Hank Greer at 5:24 AM

They don't seem to be a very bright group.