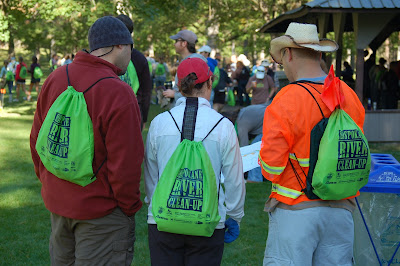 Steph and I showed up for clean up duty this morning. We were assigned to the Black Bear group led by Paul Dillon and Steve Salvatori. Everyone received a high-viz green pack containing bags for trash and recycle. After our safety briefing and some encouraging words from Councilman Jon Snyder the crews headed out to their respective areas. 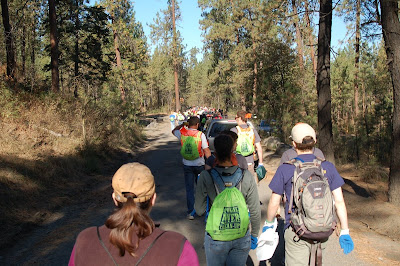 Along with the multitude of beer cans and plastic bottles, our area also included an abandoned camp that required a lot of bags to haul everything off. The strangest item I found was a hand written note advertising a certain "service" and specifying the vehicle said service was available, but only if the person seeking the service was endowed enough. Weird. 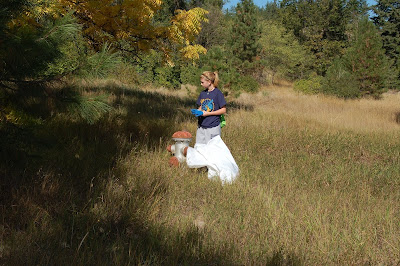 Steph puzzled over this fire hydrant. Why is it out here in the middle of nothing? 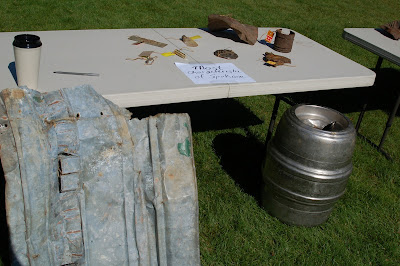 We didn't stick around for the contests, but I thought the keg was very characteristic of Spokane. There was another table for Best Outfit. A woman came up and started pulling some clothes out, but she began retching so bad that she gave up and took the stuff to the trash. Truth be told, I made Steph go with me. She did a good job and actually had a good time. 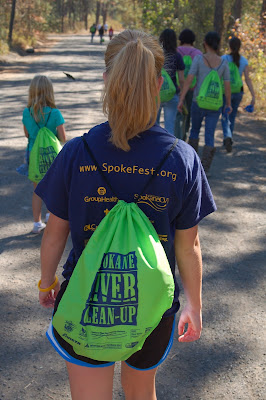 Well, except for the snake on the asphalt path as we rode up from the Sandifur Bridge to the West Central neighborhood.