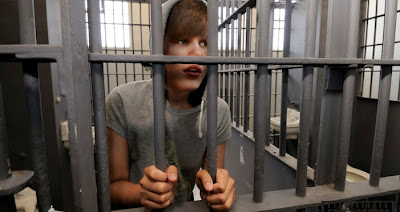 I'm note sure the all hype is justified here. Last May, Sen Klobuchar (MN) introduced S. 978 in the Senate. There's been some complaining that this bill could send you to federal prison for singing a copyrighted song and putting it on the web. Following that tact, detractors of the bill say that Justin Bieber, who started out covering other songs and posting them on YouTube, would have gone to prison instead had this law been in place back then. They created a Free Beiber site to garner support for fighting this bill. Of course that can't pass without a touch of irony. They, in turn, have received a cease and desist letter from Bieber's lawyers who claim the site violates Bieber's intellectual property rights. For the record, Beiber doesn't agree with his lawyers.

Setting that aside for a moment, let's have a look at the text of the proposed bill. It amends the paragraphs following subsection (b) in Section 2319 of Title 18. That's all well and good but here's what it does not amend--subsection (b) which states:

Regardless of the offenses and penalties added to Section 2319, there's another section that controls. That is Section 506, paragraph (a)(1)(A) which states:

(a) Criminal Infringement.—
(1) In general.— Any person who willfully infringes a copyright shall be punished as provided under section 2319 of title 18, if the infringement was committed—
(A) for purposes of commercial advantage or private financial gain; (bolding mine)

It would appear that singing or using a copyrighted work and posting it on the web would not be a criminal offense as long as it doesn't create a commercial advantage or financial gain for you just like the other copyright violations.
Posted by Hank Greer at 6:11 PM