Work took me to a conference in Los Angeles so I got to enjoy a TSA groping at the airport again. I noticed that, at least at the Spokane airport, you can no longer give the other people going through security that "check out the trampling of my constitutional rights" look. Now you stand with your back to them. My "male assist" had breath that matched his awful looking teeth. But I persevered, held my breath through the halitosis and withstood the indignity of the backs of his hands against my sensitive areas, fingers feeling inside my waist band, and his hands going up to my groin until they met resistance, that resistance being a sensitive area and the amount of resistance being a subjective call on the part of Agent Dragon Breath who got me up on my tippy toes both times. The subsequent hours of travel provided plenty of time for my sensitive area to recover. 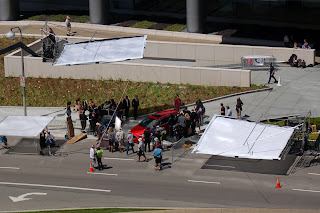 Our conference was in a hotel near Beverly Hills so we ended up in a nice part of Los Angeles full of beautiful people dressed in beautiful clothes. On the day I arrived someone was shooting a scene right across the street from my hotel. Celebrity sighting was a big deal for some of the attendees. I just don't get that. 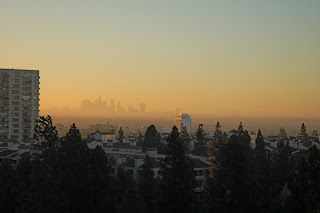 We had terrific weather but you can see that the air isn't as visibly clean as Spokane's. My morning runs got me a lot of looks and a few comments about running barefoot. You'd think that with it being California 'n' all they would be used to strange sights. Maybe more so towards Venice Beach.

I tried keeping up with the news during my absence. I was sad to hear about Clancy's death. He was a good man.

I see our fair congresswoman, Cathy McMorris-Rodgers, and her fellow Republican party members were disappointed by the Supreme Court's ruling upholding the Affordable Care Act. Republicans added 400+ amendments to the original legislation and it's been over two years since its passage, but the only alternative they've managed to come up with is "Not that!" That's quite telling of their lack of concern for the health care of the people they represent.

My return flights were just as comfortable is the ones taking me to LA. Like grandma used to say, "If you don't have anything nice to say...." 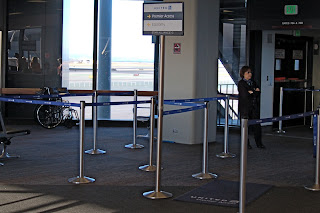 One bit of ridiculousness I enjoyed was United Airline's insistence that only certain boarding groups enter through the Premier entry and all others through the Economy entry. Side by side, they both take you to the same plane, the chief difference being that the Premier side has a small blue carpet to make those Premier customers feel like they're being treated special before they're crammed into the plane like the rest of us. Those in steerage who, whether mistakenly or perhaps wondering what it's like to walk on the special small blue carpet, attempting to enter the wrong way were stopped and sent around. Too funny.

It's great to be back home. Today, Kathy and I mark 32 years of marriage. "Mawage. That bwessed awangement. That dweam within a dweam...." 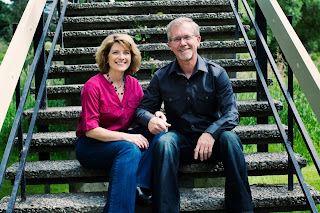 Ain't that the truth.

I recently flew to Rhode Island, via Seatte, then back via Boston, and had the full body scanner. I preferred it over the "criminal pat-down".

Elites say Robert's logic had the grandeur of Marbury vs Madison. But to me the court sounds more like Abbott and Costello in "Who's on First."

The mandate would be unconstitutional except that the feds enforce it with a penalty and call that penalty a tax.

So, if Joe steals your car that's not a crime if the government also fines you for not giving Joe your car voluntarily.

And, importantly, Joe is a corporation who gives massive campaign donations and kickbacks to politicians.

Could the government constitutionally levy a tax on people who refused to buy slaves, even though the Constitution forbids slavery?

The majority opinion is absurd and can't hold together over time.

The only question is whether the lack of cost controls and adequate subsidies doom ACA before the legal basis falls apart.

I find it interesting that several prominent Democrats (eg Robert Reich) were able to accurately predict the court's vote.

Or did something leak? Or maybe a deal made?

Bubba sure has been quiet lately...