There was a full page advertisement in today's Spokesman Review where you could buy up to 10 "vault bags" of "Indian Head coins." One vault bag would run you $59.00 plus shipping. By four or more vault bags and shipping is free. To apply a little pressure the ad says you only have 48 hours to take advantage of this offer. 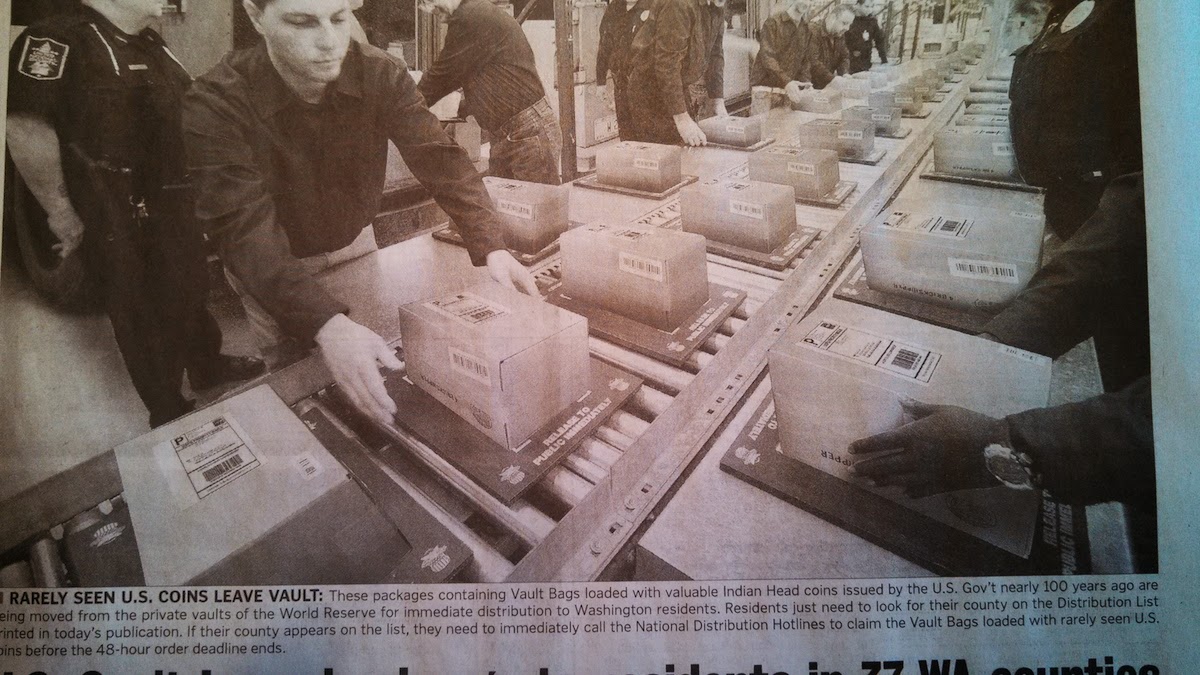 A vault bag sounds like something big. And the photo of boxes holding vaults bags containing rarely seen U.S. coins contributes to that impression. So this sounds like a good deal, right? But then the article says each bag weighs nearly a quarter pound. Nearly four ounces of coins. That's about 110 grams. Old pennies weigh a little over three grams and a nickel weighs about five grams. Hmmmm. 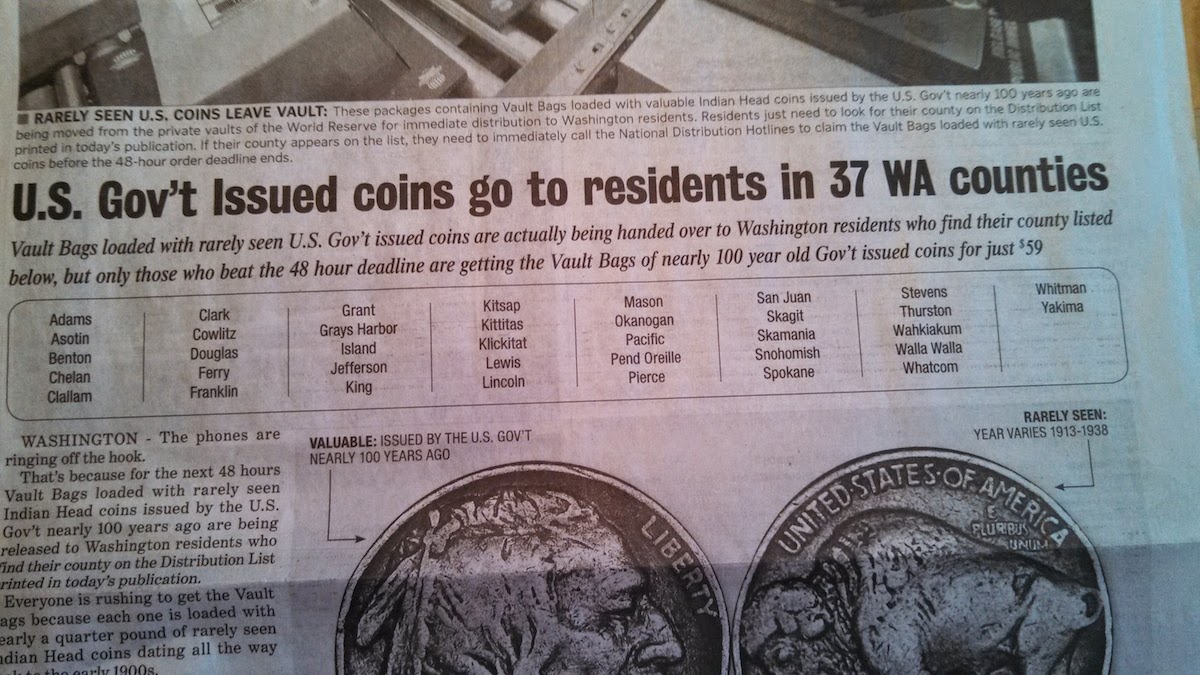 One thing I found puzzling is that this offer is only available to 37 counties in Washington. Are there just not enough suckers in Columbia and Garfield counties to even bother? 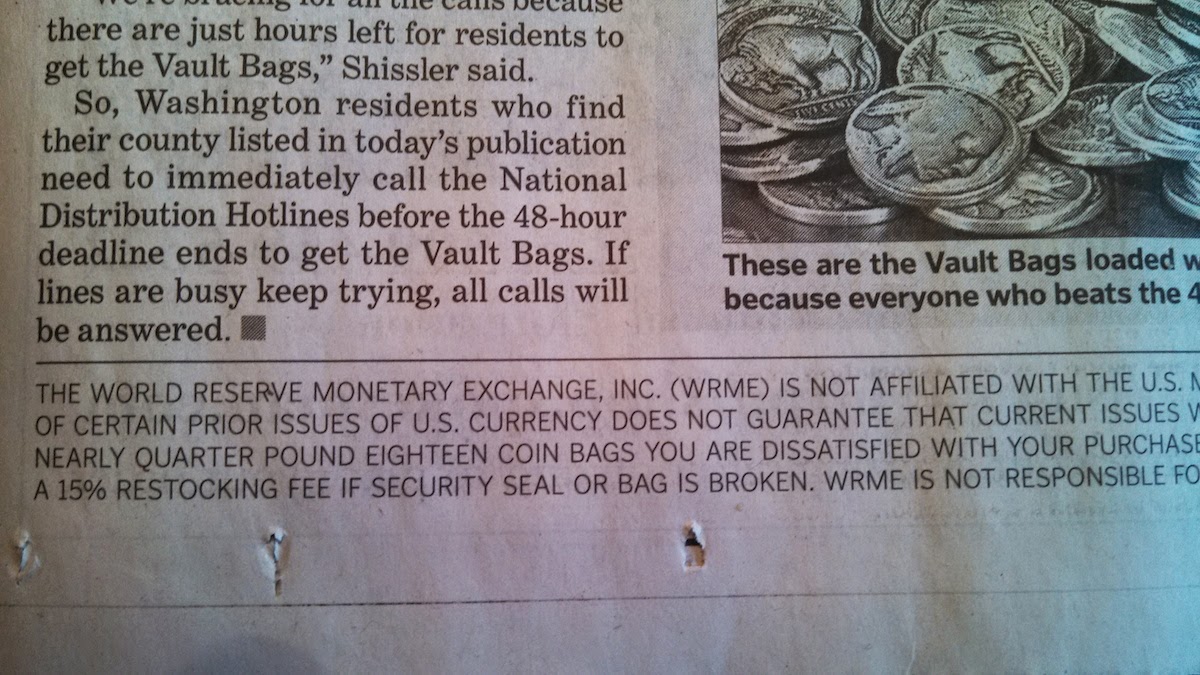 And there's the small print--"nearly quarter pound eighteen coin bag." That means over $60 for 18 of the most worn "Indian Head coins" you'll ever see. The people in Columbia and Garfield counties never had it so good. Although if anyone living there phoned in an order I bet the World Reserve Monetary Exchange would happily take their money just like they do everyone else's.
Posted by Hank Greer at 8:32 PM