I had another training day at Riverside State Park today. The morning got off to a fine start as I found the Wilber Trailhead almost completely full at 10:00 am. There was a slot open on the edge of the circular parking and there was a spot in the gravel. I thought I'd take the first spot since it would be more difficult to get into. But after I backed into a tree, I said, "Screw it," and took the easy spot in the gravel. The group of bikers who witnessed my lack of backing prowess didn't say anything, but I'm sure they had a story to share later.

I intended to ride for four hours but went ahead and stretched it to five. About an hour and a-half in I found myself at Five Minute Hill. I decided to tire my legs out a bit to see how well they would take the rest of the 24-hour race course so I did five back-to-back climbs. The things we do for fun, right? I was feeling it each time I got to that last part of the climb at Devil's Up. More than once I had to use the Barbara Woodhouse way. Walkies!

During my last lap I was going up Five Minute Hill one last (eighth) time when another cyclist overtook me and he calls me by name. It's a little unsettling for me when someone recognizes me and I only have a vague notion that I've met them before. Eric Ross, who tore up the Midnight Century last year, introduced himself--again since we met at the Midnight Century--and says he reads this blog. Cool. What are the odds of running across one of my tens of readers? 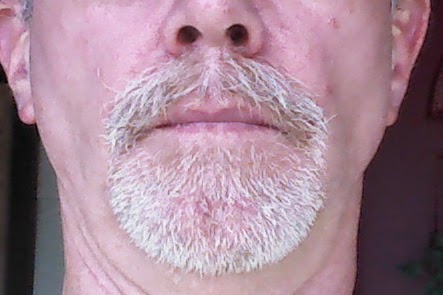 Along with training for the 24 Hour Race, I have another bike-related thing going on. Kathy's not too thrilled about it. It's definitely a work in progress.

Oh, and my ears are burning.
Posted by Hank Greer at 6:56 PM

Sorry about knocking you off line at the top of your fifth go round! (unconscious retribution for introducing your readership to that time sink 2048 game?) I guess when you're riding a bazillion miles a week you increase your odds of running into all sorts of weirdos. Cheers- Eric