The course for the 24 Hour Race is marked and I rode it from 8:00 am to 4:00 pm today. I wanted to see how I felt after a long ride and test out my fluids and food plan. On the first lap I thought I took it easy but I obviously didn't since I completed it in an hour and ten minutes. I backed it off a notch and did the next three laps in 1:20 each. That still isn't ideal for me since I plan to ride for the entire time. I did six laps in eight hours, which averages out to 1:20 a lap. My goal is to do at least 200 miles and this was about 90 so my goal seems reachable. 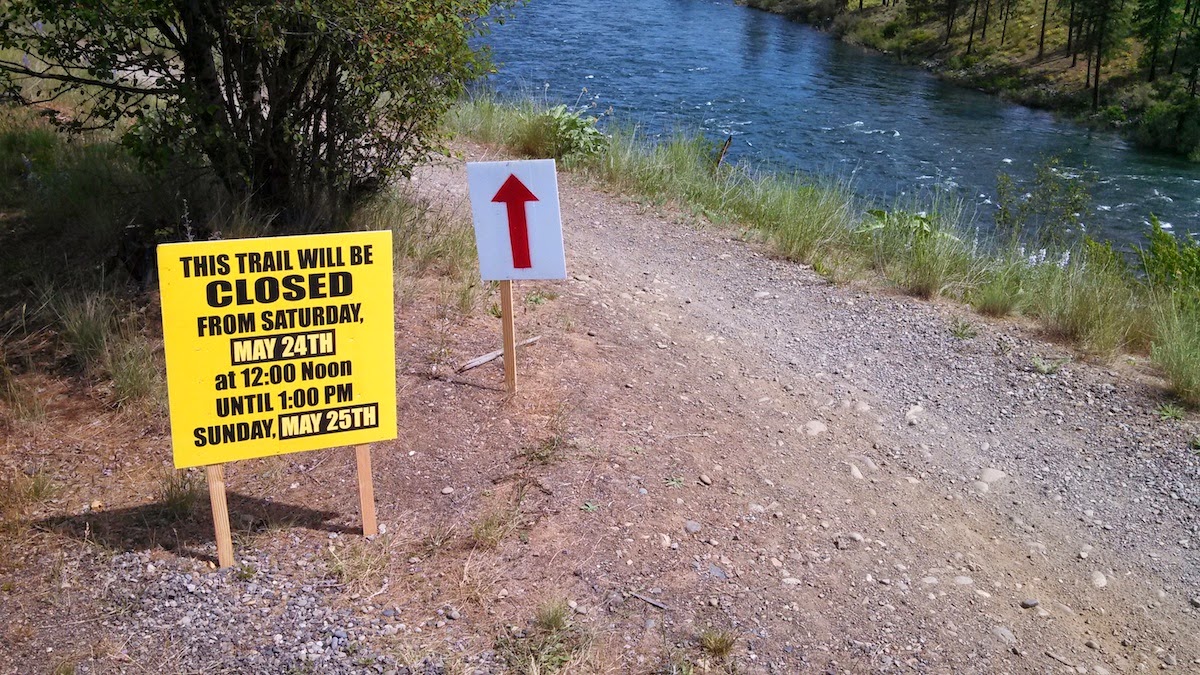 Less than a week away.

For my fluids I grabbed a fresh water bottle on each lap and I drank half of a chia seed-infested sports drink. That seemed to work well. I had no hydration issues. I practiced eating Clif bars and Shot Blox while I was riding. That helps slow me down because it's difficult to chew and swallow if you're breathing hard. I had a Clif bar at the beginning of each lap and a Shot Blox after completing Five Minute Hill. That was fine but after five hours my stomach was needing something substantial. I think I'll fix some sandwiches for the race. That way I can chow down and make my stomach happy and take an extra slow lap to allow some time to recover from the prior five hours. 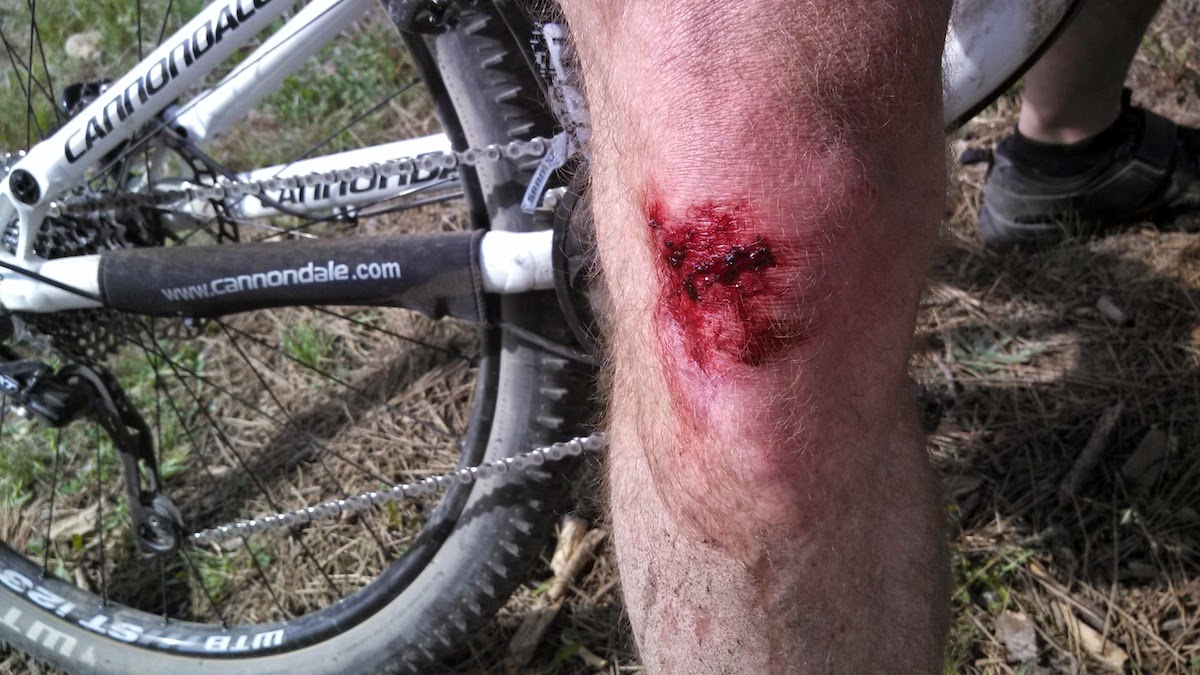 I'm running out of skin.

I biffed it on the second and third lap. The first crash came courtesy of a tree branch I got too close to on a turn. It caught and turned my handlebars. For the rest of the day every low-lying branch protruding into the right side of the trail gave me a stinging reminder. The second crash was from a pedal strike on a big rock. It was minor. It only knocked off some of the scabs I got from last Wednesday's crash. 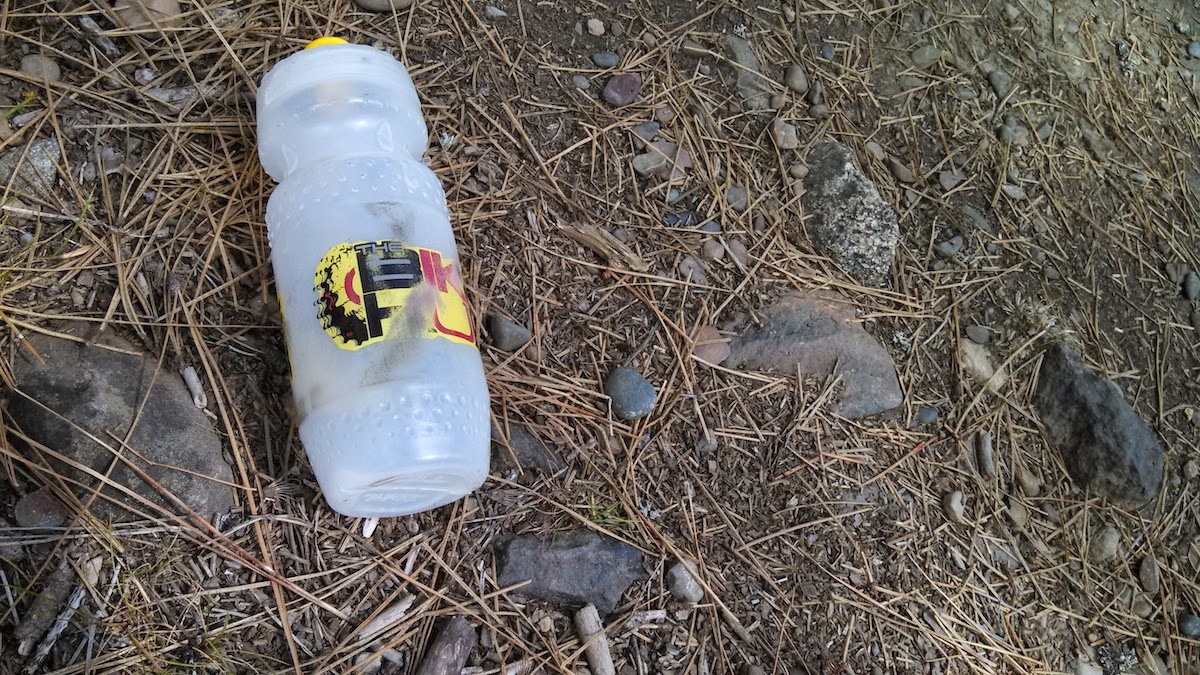 If nobody claims it after two laps, it's mine, right?

I think it would be wise for me to add a first aid kit to my gear list.
Posted by Hank Greer at 6:18 PM

6 laps in 8 hours is very impressive Hank. Get used to having riders yell passing on your left and you'll have the endurance pace set. You might want to put something that scratch.