The crowds wasn't as large as in the past, which was surprising because the weather was very nice for once. But I did see a number of people eat quickly and head off. It was great to catch up with friends and witness Spokane's vibrant cycling community. 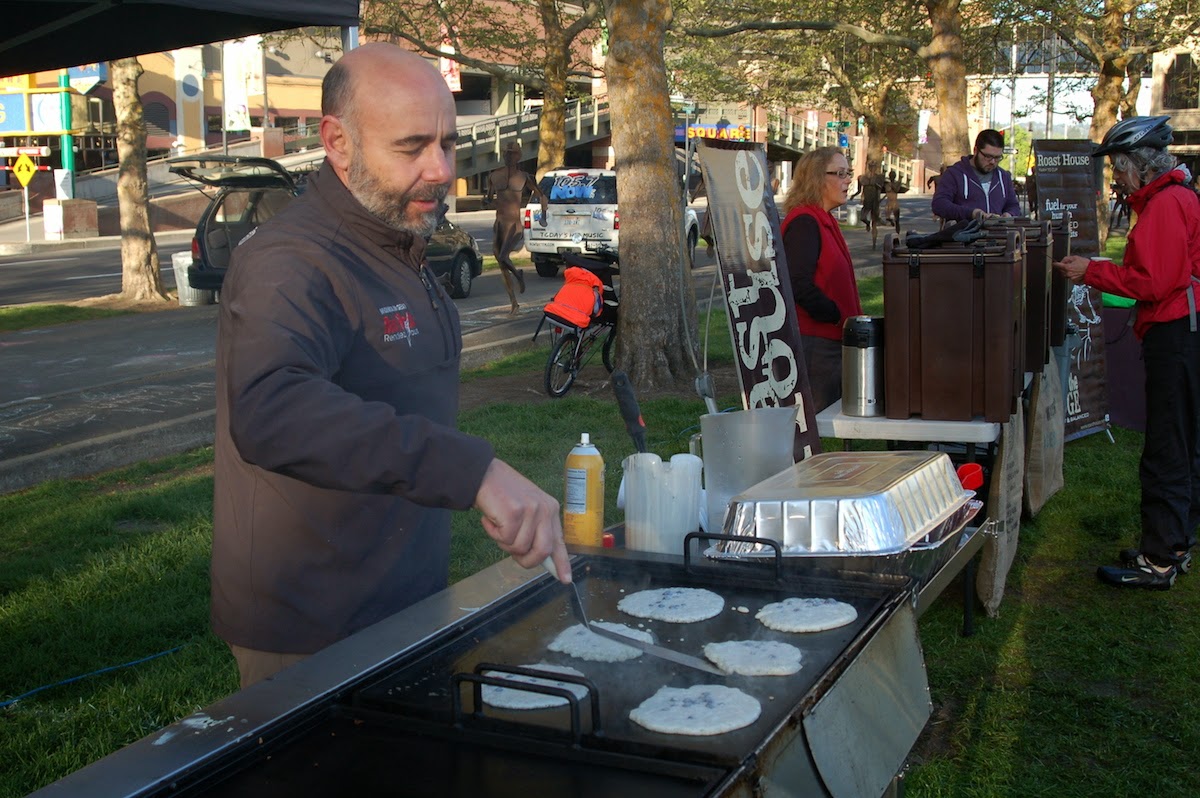 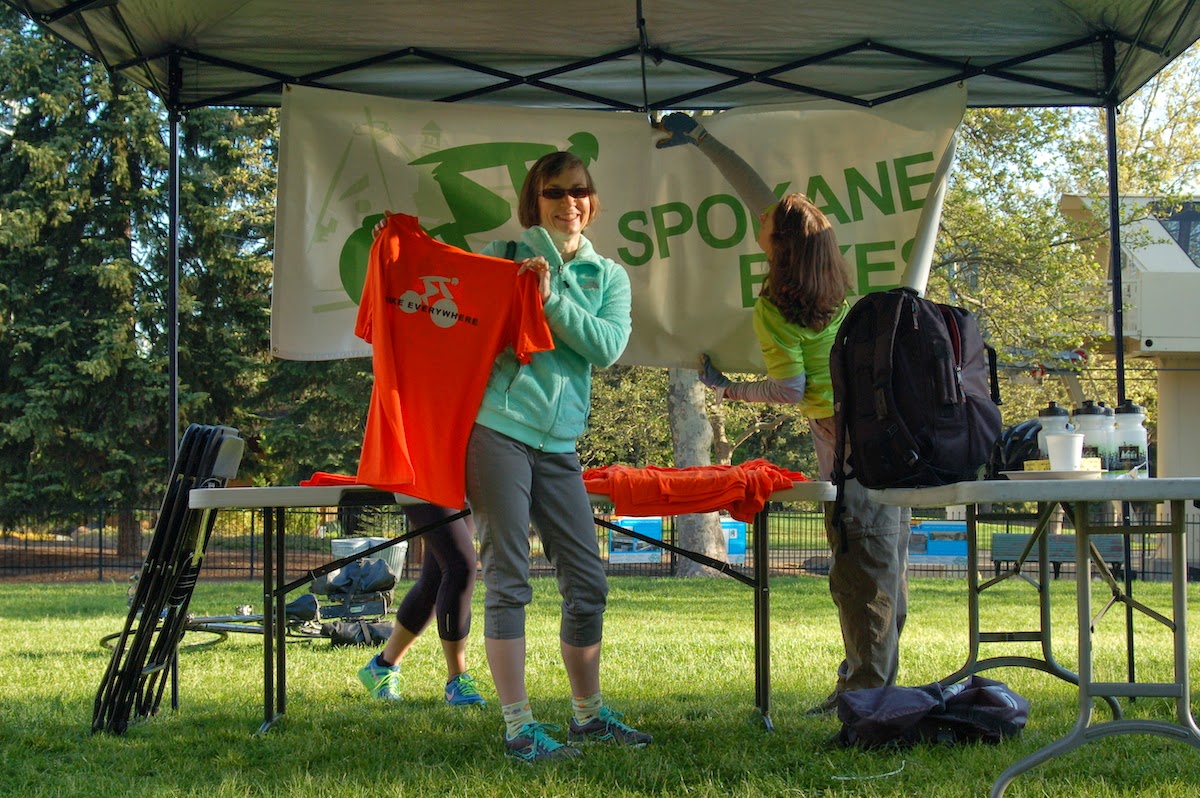 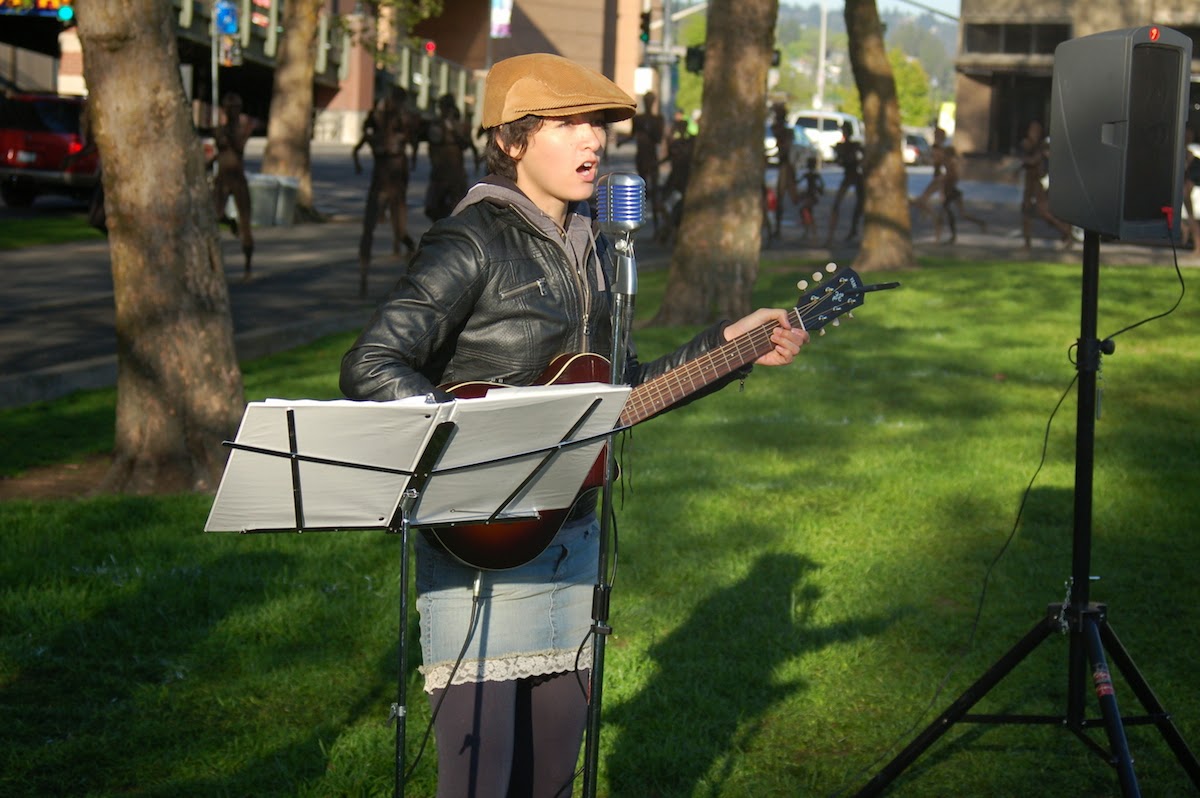 Madeline McNeill has a beautiful voice. 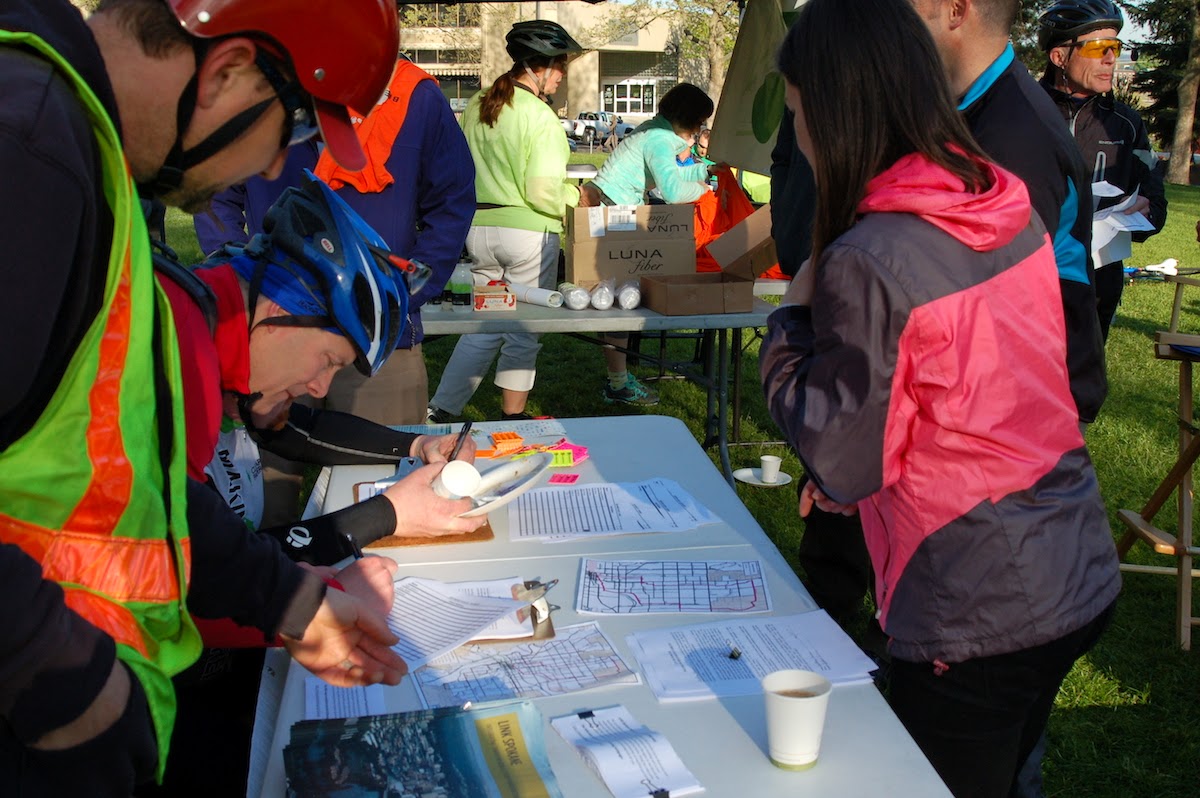 Spokane City's Commute of the Century table was busy. 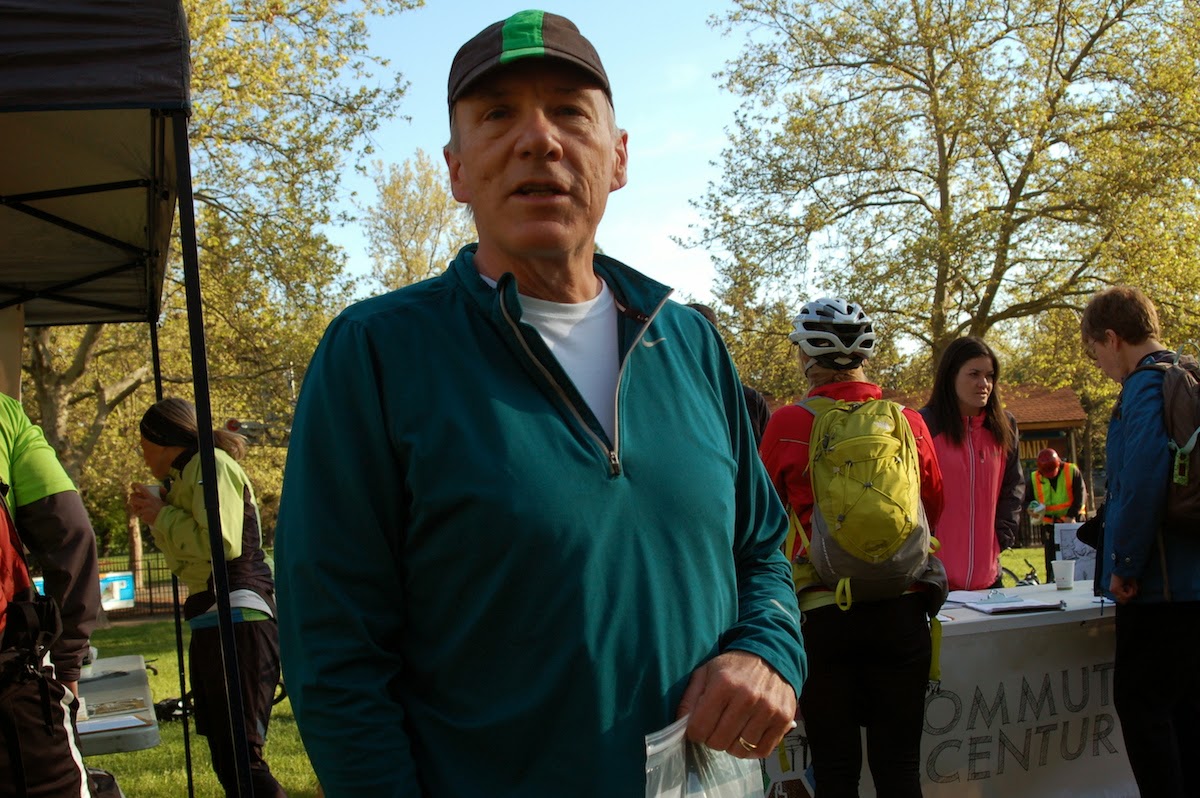 A cycling blogger whose reputation exceeds my own.
But then, whose doesn't? 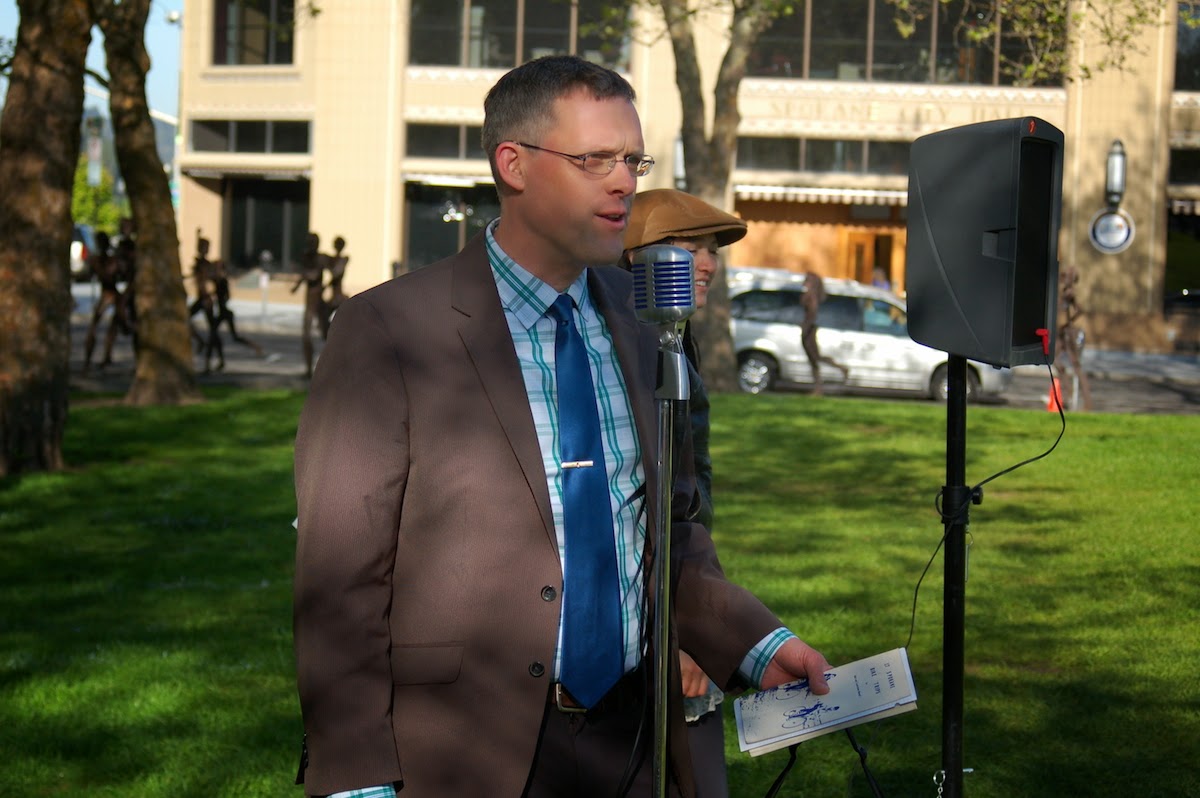 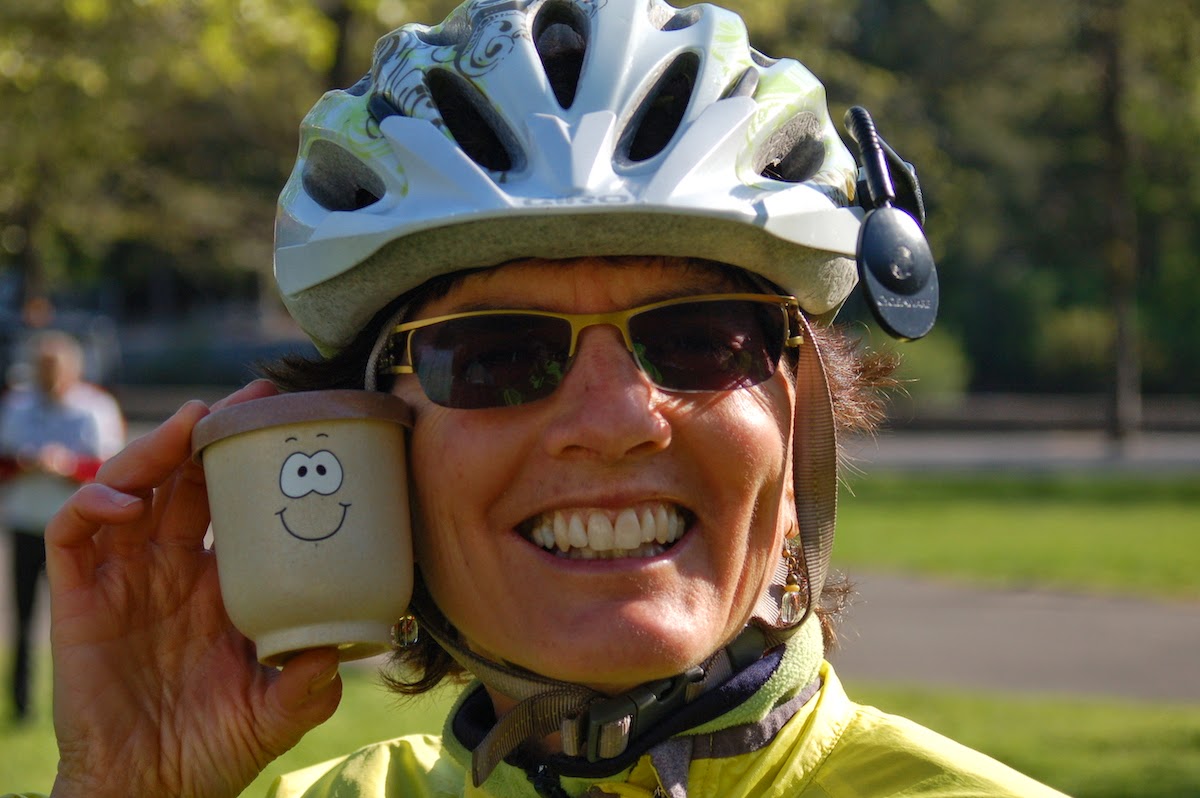 I love it when people pose.

Unfortunately, my commute to work takes me through Riverfront Park at about 5:00 a.m. I wasn't able to check it out. I did notice quite a few more Commuters during the ride home in the afternoon though.

Stephen - I hope you can make the wrap up party on Friday afternoon. Free beer, free food, and free music are hard to pass up.