The 24 Hour Race is coming up in a couple of months and I've decided I'm going to do a solo run this time around. It's crazy and it's going to be hard, but I figure, "What the heck. Why not?" Or as Steph would say, "YOLO, Dad."

I don't have a mountain bike so the first order of business has been finding one. I have a couple of possible loaners, one of which I used during last years race, but Glen has a couple of bikes and I'm checking one of them out. 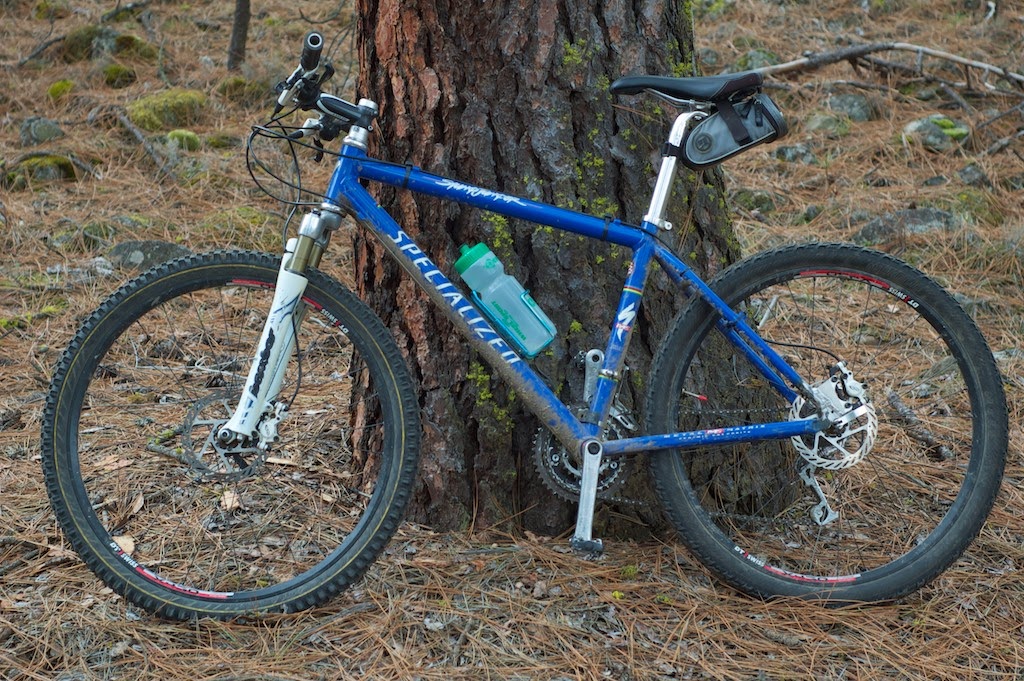 Today I tried out this modified '92 Specialized Stumpjumper that Glen added disc brakes to. I spent about an hour and a half trying to follow the route of last years race. I was doing good until the forced detour at Little Vietnam. I couldn't remember half of the turns so I would be zipping along on a strange trail, make a turn, and then find myself back in familiar territory. Then I would lose it again. But the route today wasn't nearly as important as getting into 24-hour racing mode.

Today was a fun ride, which almost makes it sound like I didn't work that hard. I can assure you I did, especially when I couldn't shift down to the bottom chain ring on the steep climbs, which compelled me to show off my middle-chain-ring awesomeness, of course, witnessed only by the trees. So you'll have to take my word for it. 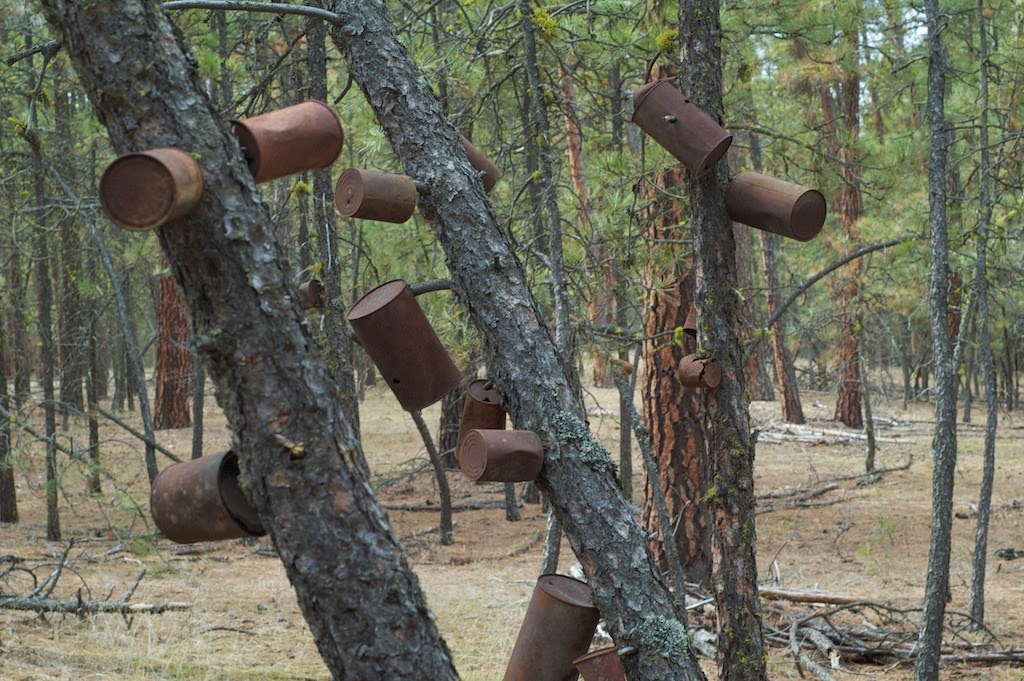 I've been on this particular trail a number of times and today was the first time I noticed all the rusted cans attached to the trees. Stop and smell the roses, Hank! 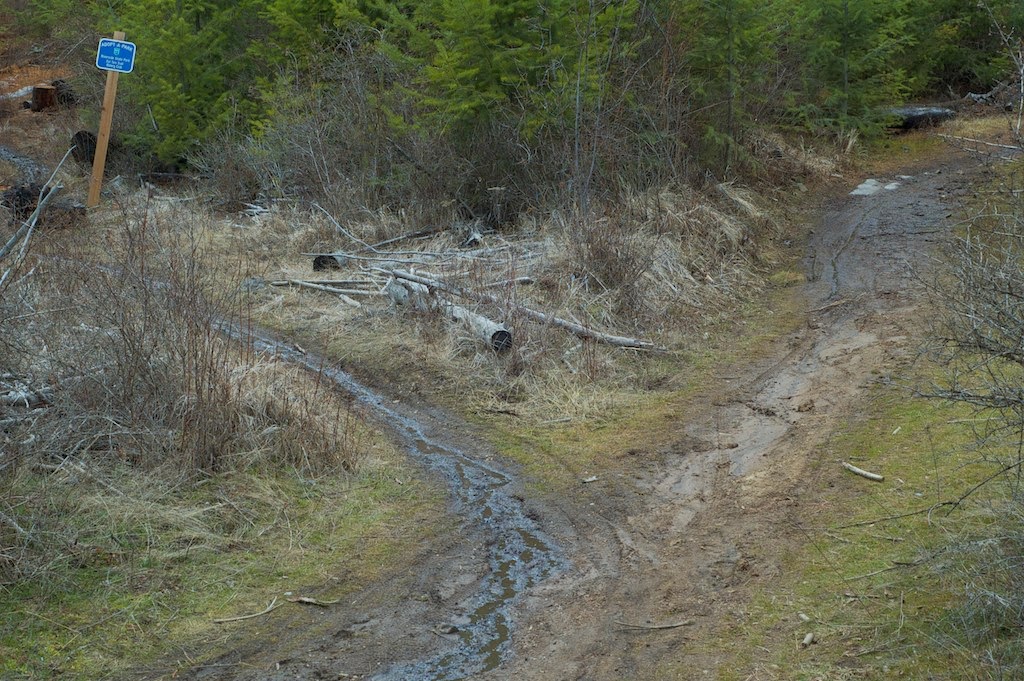 The confluence of the two routes going down Devil's Down. I took the slower, less stressful route, which was also very swampy. 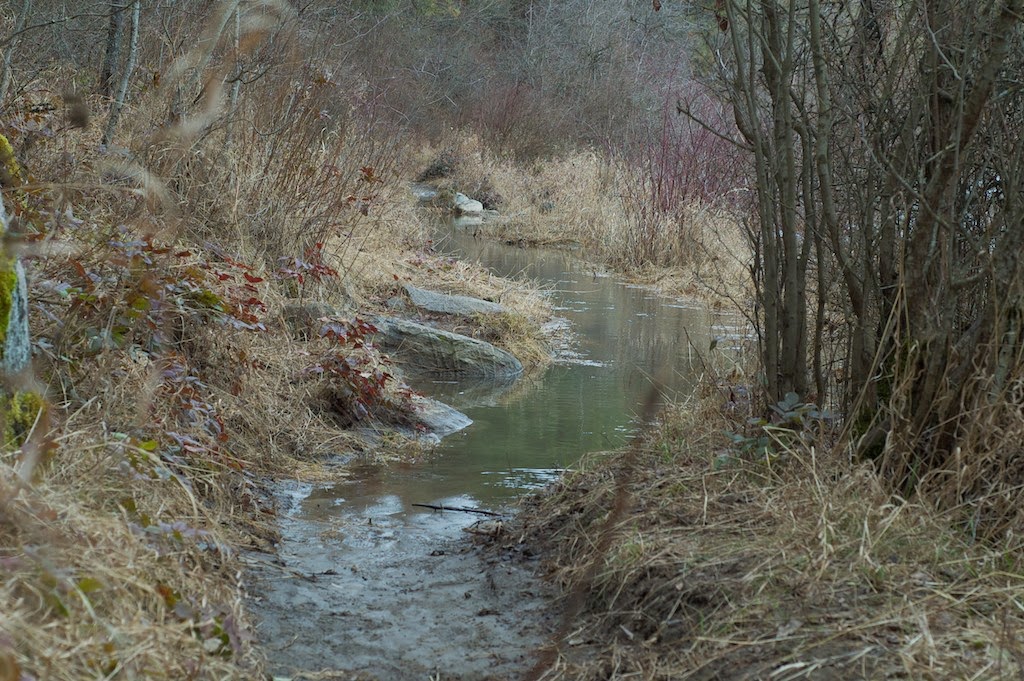 The Spokane River is very high so Little Vietnam is under water. 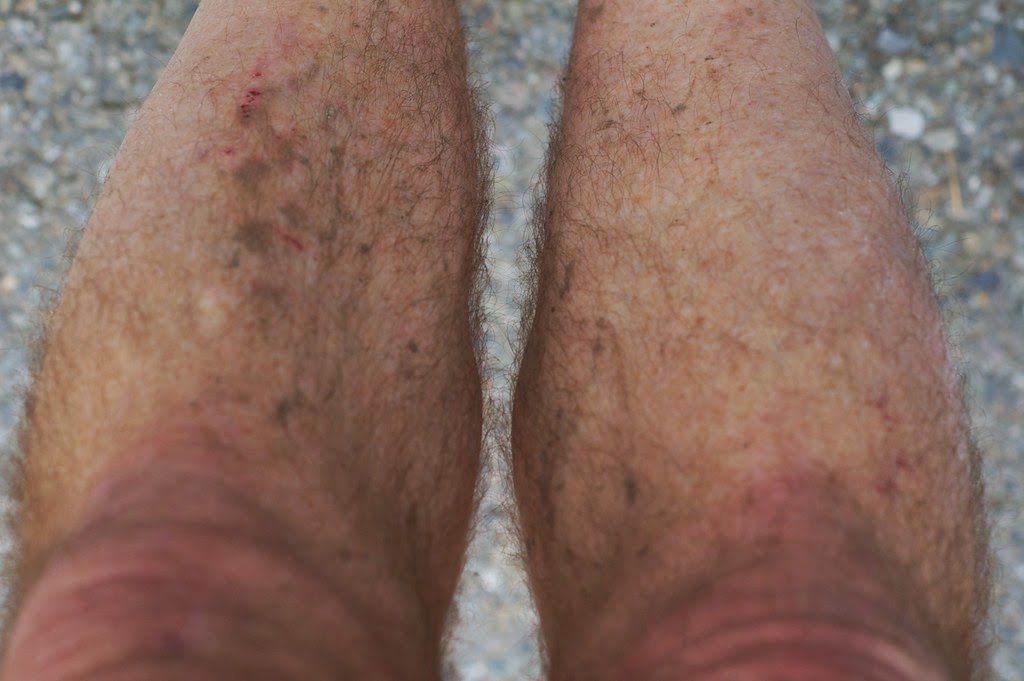 Killer that you are all in on a solo run at the 24 hour race. Slugs like me live for vicarious opportunities of this quality.

And while I'm on the subject of inappropriate and unsolicited intrusion into your adventure, you might want to think about shaving your legs, in order to facilitate the less painful cleaning of the blerd. But primarily to make you more aerodynamic, of course. (I'm sure you've already thought of this and are just waiting until the appropriate time to psych out the competition, but I felt compelled to say it anyway.)

Those of us that are used to witnessing your athletic performance, of course, recognize that the odds of a podium finish are somewhere other than at hallucination level. But I'm guessing that you wish I would shut up on "our" behalf, so I will now.

I cancelled out on Ephrata because I was flying back to Spokane on Saturday, wouldn't get into bed until after midnight, and then would have to get up at 5:00 to drive to the ride.

Shave my legs? Haven't given it any thought. Maybe when I get a tattoo. :-)