If you bothered to watch the video, you'll know that Congresswoman Cathy McMorris Rodgers has plans. Apparently she was on a stealth visit here where she continued to hear from people who are struggling. Last week's entries on her Facebook page has photos of her with people who are not struggling. So maybe struggling people are camera shy. 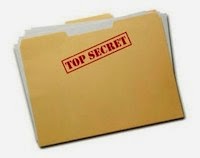 Anyway, she has plans. And like her stint with earmark reform, or like her performance at a town hall meeting, or even her recent Republican address, our congresswoman has yet to articulate a cogent thought regarding any plan. That can only mean one thing.

Shhhhhhhhhhhhhh. They're so secret even she doesn't know.
Posted by Hank Greer at 6:45 PM