Back In the Saddle Again

Between the backpacking trip and being out of town I haven't ridden my bike for three weeks. I thought I'd look it over first and found my brakes needed adjustment. Not only were they mushy but one pad contacted the rim first and pushed it to the side before the other pad made contact. Looking things over and with some trial and error (I wonder what this screw does) I finally figured out how to adjust the brake pads. Once I had them equagapped (ridiculously coining a word here) and inflated the tires I headed out. And being the type of person I am, since I haven't ridden for so long I thought I'd do a challenging ride.

I wanted to check out Moffat Road. It connects Peone with Forker Road. I also wanted to check out the hill on Lehman Road that John has written about. I went east on Farwell and took Fairview to Peone. I followed Peone to Moffat. There's some pretty country on Moffat. 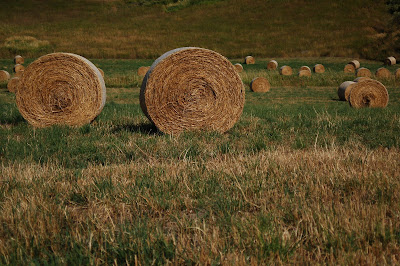 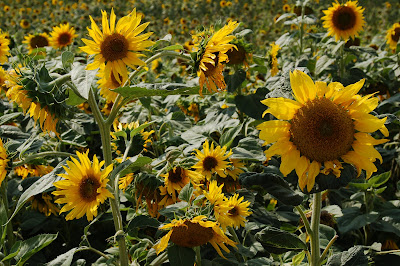 Once I hit Forker I followed it to Pleasant Prairie and Morgan and then took Old Bruce Road down to Bigelow Gulch. From there I had to get in traffic and turn left down Argonne to Upriver Drive. From Upriver I went left on Farr and then went up Lehman. John's right. That's a kick ass hill. It's deceptive too. I was moving down through the gears and hit the bottom one way too soon. I cranked along and about three quarters of the way up developed a stitch in my side. When I reached the intersection of Fruit Hill Road I remembered the Arbor Crest Winery was on that road so I detoured to see what that road was like. It's not as good as a chip seal road but it's smooth enough for a road bike. Going down the 10% grade at the winery I was thankful I adjusted my brakes. There's a 180-degree hairpin turn that you must crawl around. Dropping back onto Upriver I decided to go up Lehman again. It went better this time, probably because now I knew what to expect. I stayed on Lehman, crossed Bigelow and took Pleasant Prairie and Morgan to Old Bruce again. This time I headed north, connected with Bruce Road and stopped to shoot the wheat harvest. 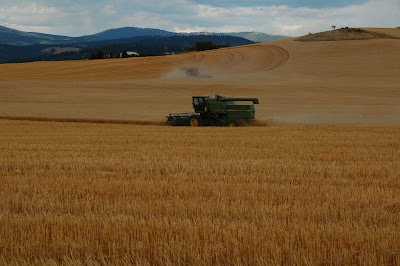 Then onto Stoneman, Parksmith, Peone, Market, and Farwell back to home. Thirty-three miles with plenty of climbing. My butt complained for the first ten miles before the "butt memory" kicked in and it felt at home again. My legs felt great but my knees were a little sore, probably from the climbing. I might need to raise my saddle just a touch.

Great pics Hank. Missed you at the last couple of FBC rides.

Lehman twice. Yeah. Why not? It's so fun the first time.

Btw: There's a bike nut that hangs out at the winery. His name is John or Jon. He'll let give you water and let you use the restroom just cause.

Water at the winery? How about a good Riesling?

I'm trying to figure out what to wear for the Back to School Fiasco. Do we have to wear what we wore when we went to school? I can't find my slide rule or my pocket protector!

I googled "equagap". Nada. As far as I'm concerned, you're the dad of this word. It's highly intuitive. Congratulations on a GOOD word invention. (Everyone has a few, but most are bad.)

I googled "equagap". Nada. As far as I'm concerned, you're the dad of this word. It's highly intuitive. Congratulations on inventing a GOOD word. (The world is littered with bad word inventions.) In fact, I could easily see it extending well beyond the cycling world.