Time zones and time changes are fraught with controversy and confusion. Tonight we switch from Daylight Savings Time back to Standard Time meaning we get an extra hour of sleep--or partying.

Many years ago when I was in the military, I was playing cards in the command post of the Military Airlift Command at Scott Air Force Base, Illinois--hey, it was a really quiet, boring midnight shift--when a local TV station called. Something had happened in Tehran--this was during the Iranian hostage crisis--and the time given for the event was thirty minutes past the hour in Tehran but on the hour in Washington, D.C. They wanted to know how that could be. The real answer was that Iran, for reasons I have yet to learn, had set up their time to have a 30-minute difference from most other countries. I don't think anyone in the room knew that, and I didn't learn that until much later, since that answer was not returned when the Captain who answered the phone asked the question of everyone. A quick thinking young officer piped up with the idea Tehran was between time zones. 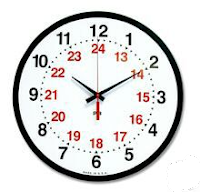 "It's between time zones," the Captain helpfully passed on.

We turned the TV on to their channel and sure enough, the reporter said the reason for the time difference was that Tehran was between time zones. A cheer went up in the room.

Then we returned to our pinochle game.
Posted by Hank Greer at 4:47 PM