A Word From The American Duct Tape Council 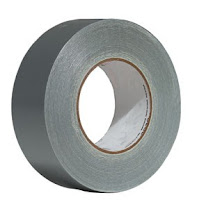 There was an article in the Spokesman-Review this morning that originated with the Washington Post. Volunteer postal carriers will be recruited to deliver antibiotics in case of a large scale anthrax attack. Let's think this through for a minute. The only anthrax attack took place just after the terrorist attacks of September 11, 2001. The source of that anthrax was our own government lab. A lengthy, multi-million dollar FBI investigation claims to pinpoint the perpetrator but they refuse to release all the information they have. Developing the amount and type anthrax to carry out an attack on the population is not an easy task. So given the threat level, why are we spending resources on this? Will we ever stop being fearful of every "What if?" scenario. It's makes me pine for the good old days--with apologies to A Prairie Home Companion.
Posted by Hank Greer at 5:50 AM