A (Mostly) Free Flow Of Information

Wikileaks has not committed a crime and yet numerous actions have been taken against the organization in order to prevent it from releasing more leaked information. Point of order - providing classified information to Wikileaks or anyone else is a crime. Publishing the leaked information is not. One example of action taken against Wikileaks is the attempt to cut off funding by PayPal, Master Card and Visa who are now refusing to process payments for them. By the way, you won't find similar actions being taken against the newspapers who have published the leaked cables. Senator Lieberman wants to investigate The New York Times for espionage so maybe they're not completely in the clear.

Please remember that the United States believes in a free press and what better way to mark that than to host UNESCO’s World Press Freedom Day event on May 1-3, 2011. From the State Department's press release:

New media has empowered citizens around the world to report on their circumstances, express opinions on world events, and exchange information in environments sometimes hostile to such exercises of individuals’ right to freedom of expression. At the same time, we are concerned about the determination of some governments to censor and silence individuals, and to restrict the free flow of information. We mark events such as World Press Freedom Day in the context of our enduring commitment to support and expand press freedom and the free flow of information in this digital age.

Now you may wonder what you are going to do with the money you wanted to donate to Wikileaks but now find your options for doing so very limited. Well there are other causes you can support if you subscribe to the constitutional protection of free speech and a free press. One that probably won't appeal to you is The Knights Party where you can keep The Andrew Show on Klan TV. 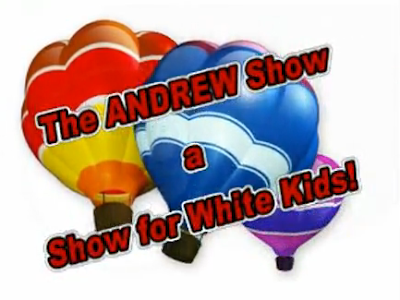 Because in a society where free speech and a free press is so strongly desired, we have to allow those we disagree with to participate as well regardless of how vile, contemptible or misguided they are.
Posted by Hank Greer at 5:38 AM

Oh the Wikileaks stuff makes me MAD!
Way to utterly, and completely publically, fail at the first ammendment. This is worse than the patriot act if you ask me (although I suppose it doesn't affect quite as many people).
And the sad thing is, what can we really do about it? Seems like most people are outraged about this, but I've written to my representatives many times and it's gone in one (secretary's) eye and out the other and all I get back is a letter saying that I don't know all the details but my congressperson does, and thanks for writing.
They have their own agendas and rarely seem to listen to the opinions of their constituents when it opposes said agenda.
So powerless, really...