Two years ago the Obama administration followed through on a campaign promise to leave legally operating marijuana dispensaries alone.

Speaking with reporters, Mr. Holder provided few specifics but said the Justice Department’s enforcement policy would now be restricted to traffickers who falsely masqueraded as medical dispensaries and “use medical marijuana laws as a shield.”

In today's Spokesman Review we have an article--not online but in the print edition--that states the U.S. Attorney for the Eastern District of Washington has warned all of the marijuana dispensaries that they will face prosecution if they don't shut down immediately. U.S. Attorney Michael Ormsby is reported as saying, "The proliferation of marijuana stores, which are not authorized under state law, suggests that drug traffickers are attempting to avoid application of state law through the use of these stores. Drug traffickers cannot hide behind the law by simply claiming they are medical marijuana stores."

That statement, along with the blanket threat of prosecution, which includes the loss of property by the property owner, suggests that the simple existence of these medical marijuana dispensaries proves to the federal government that drug traffickers are behind them all.

The drug war is prohibitively expensive and lost. Someday Congress will realize that and decide on a better approach, but not for a long time since they're obviously not able to handle adult problems right now.

In the meantime, we just can't imprison enough people. 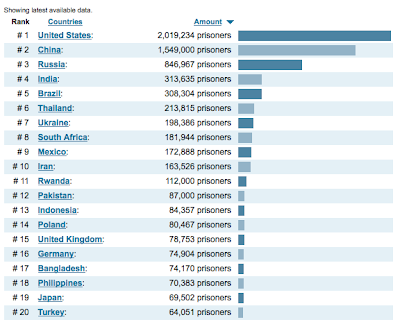 Believe nothing Obama or Holder say about anything.

As a taxpayer (and ardent non-pot smoker) I'm sick to death of paying taxes to imprison pot smokers. I mean, wtf! What a total waste of money! Legalize the weed and tax it.

I hope the government shutdown puts this jackass grandstander Ormsby out of work for awhile. But, he's probably considered "essential." Even as federal employees who actually serve the country sit at home and twiddle their thumbs without paychecks.

What a waste of taxpayer money the Justice Department under Holder has turned out to be. What a disappointment. Can't prosecute torturers but can round up a few potheads.

but hey, spending makes jobss!!! and jobs are good for the economy!