It's True, I Saw It On The Internet

Donald Trump appears to desire the support of birthers, those who claim President Obama is not a natural born U.S. citizen, while dipping his toe in the presidential candidate swimming pool. He has repeated a number of false statements about Obama not being born in Hawaii. (Our own Congresswoman Cathy McMorris Rodgers expressed doubt about Obama's citizenship a couple years ago, but has remained silent about it since.)

So what pushed Mr Trump off the edge of the boardroom table? I have no idea.

The interwebs possess a wealth of evidence such as this video that claims to expose a truth about President Obama. This so-called truth is that the photo of Obama with his grandparents is fake. 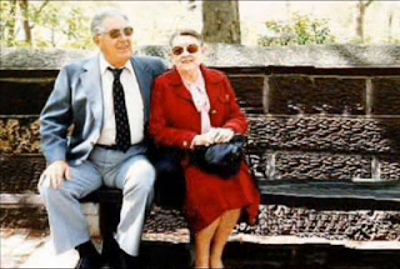 This is allegedly the actual picture. 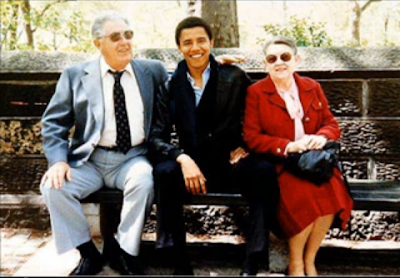 This is allegedly the photoshopped image.
Riiiiiiiiiight.

According to The Birthers web site:

We are the Birthers, we are those who are under attack by the Mainstream Media, the once bastions of truth, have become the purveyors of cheap words. They want to mock us by giving us a label to discredit and marginalize us.

No, the problem is that the media doesn't discredit these people enough whether they be politicians, business leaders, veterans, church leaders, etc.

And remember, you saw this here--on the Internet.
Posted by Hank Greer at 3:10 PM

look at the light on the rocks in the first picture. there are patterns. it is a shoop, and a bad one.

Whoever photoshopped the photo also forgot to remove Obama's right knee from between his grandparents. Brilliant!

Yeah, I think someone needs to improve their cloning tool skills. Funny, Obama's right knee is still in the first picture.

OK fine, there is evidence of a knee.

But what is the evidence that the knee belongs to Obama?

And, even if the knee is Obama's, where was the rest of him?

I suspect this photograph proves that not only is non-knee Obama not American, but that his grandfather's left hand is Kenyan as well.

Wait. The HAND is from Kenya? Oh, this is all making sense now. Thanks!