One Danger Of Social Networking

Kevin Parker is one of the state legislators for the 6th district in which I reside. Just as I do with all the elected officials who represent me, I friended him on Facebook so I could read what he posted about. 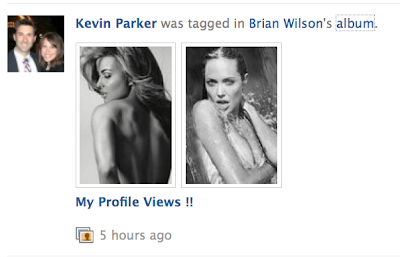 Say what? I wonder if this was an attempt to put up something to cause embarrassment. What kind of "friend" is Brian Wilson? This entry disappeared just minutes after I saw it but not before I snagged a screen shot. Apparently it was up for at least five hours.

Review your Facebook privacy settings. You don't have to be an elected official for this to happen.
Posted by Hank Greer at 3:59 PM