We headed out for Fort Leonard Wood, Missouri, last week to attend and celebrate my sister-in-law's graduation from nursing school and her husband's retirement from the Army. They have property not far from the post on which they raise goats and enjoy the peace and quiet of rural living. Stephan, our German exchange student from 10 years ago, arrived here a few days beforehand and was happy to go with us because he's never been to that part of the country before. 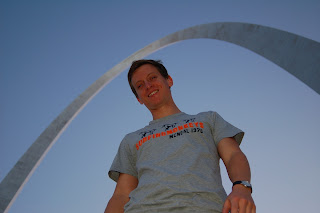 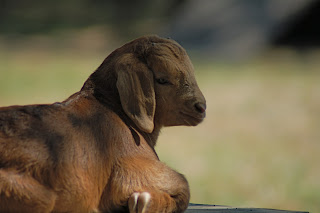 The cutest goat on the homestead. 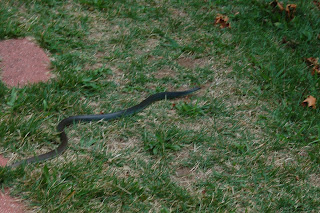 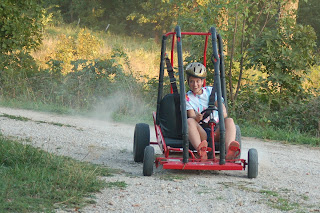 ...and drove the go-kart as long as the gasoline lasted. She, Josh, and Stephan made a competition out of it with time trials for the fastest lap. 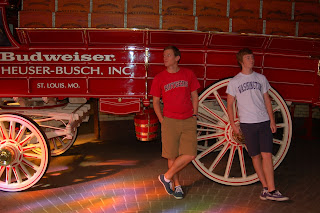 Second order of business, visit the Budweiser brewery. Stephan drank his free samples at 10:00 am. Josh is not quite of legal age yet--not that that means anything while at college. 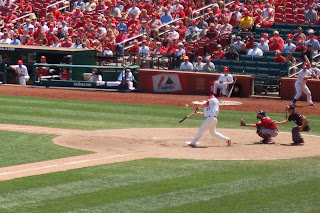 Third order of business, attend a Cardinals game. David Freese came up to bat with two runners on. Kathy told Stephan that Freese was going to hit a home run. Stephan bet her $50 he wouldn't. It was a bet she should have taken. This is the ball coming off the bat and on it's way over the wall. 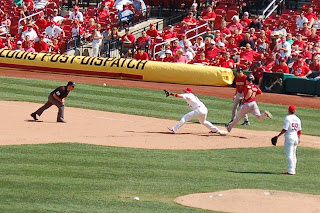 Plenty of opportunities to practice my sports photography. This is one of several lucky shots. 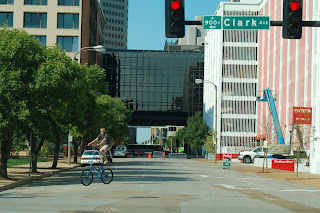 A tall bike rider going the wrong way on a one-way street. St Louis is the home of the original Fucking Bike Club. Could this be a fellow lifetime member for life? 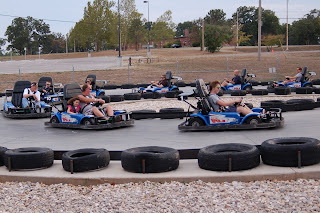 The Army post had electric go-karts. We went for the unlimited family pass and spent 2-3 hours trying to spin each other out, ignoring the constant warnings that we need to be careful because bumping is not allowed. For the record, we were not bumping. We were ramming. That's Josh in the lead. He was pretty brutal taking people out.

We visited the fort museum. The fort's namesake, I learned to my surprise, was the commander of the Rough Riders, including Theodore Roosevelt. The way the Rough Riders' story has always been conveyed, I always thought Roosevelt was in charge. 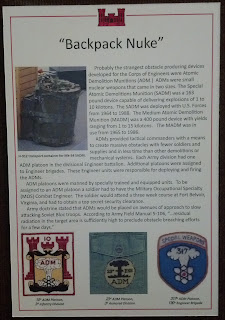 Thank goodness we never put these to use. 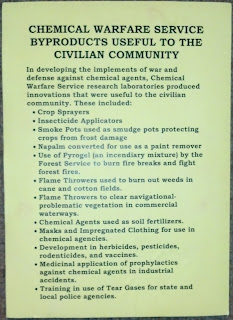 The bright side of chemical warfare. 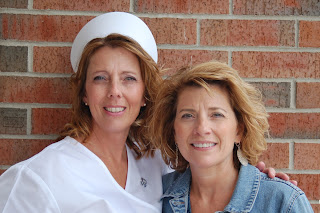 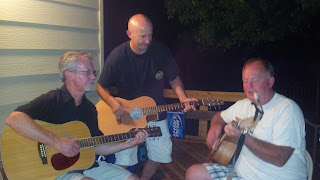 Fourth order of business, party. I haven't played much guitar in years. Last Saturday night I learned that after enough Jack Daniels, soju, and Coors Light, I can play for over five hours without much pain in my fingertips. My brother-in-law, Tim, is in the center. He's the new Army retiree. My brother-in-law, Rod, is on the right. He knows just about every country and western song there is to know. Near as I can recollect, we sounded pretty good. Near as I can recollect. Fun times.
Posted by Hank Greer at 6:31 AM