I went down to Richland today to watch Josh and the Mead boys race. Stephanie and her friend, Ericka, went with me. 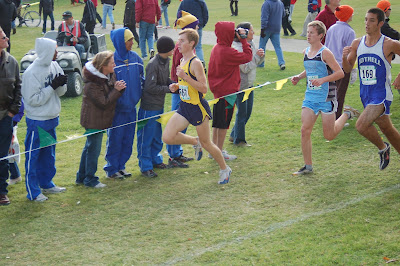 Josh looks good, but he's still struggling after being sick for a week. The Mead team has been devastated by illness these last two weeks. 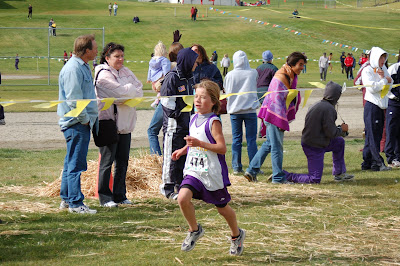 This young man was running in the junior/senior junior varsity race. I'm guessing he skipped all the odd number grades or something. 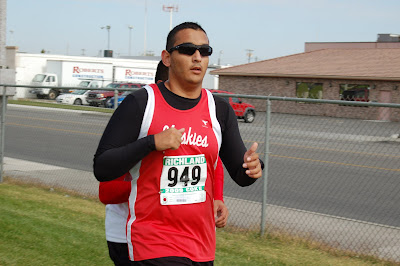 Another inspirational young man in the junior/senior JV race. Who said you need to see where you're going to run? 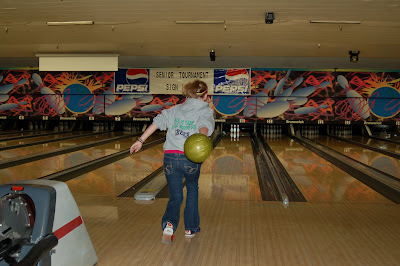 Rather than stand outside in the cold wind Steph and Ericka they opted to hang out across the street at the Atomic Bowl. They bowled a few games and I hung out with them in between races. They were on a lane that didn't reset the pins with every roll. Half the time you got a second shot at getting a strike. Here, Steph is taking a second first shot. You'll notice there's some pins down, a ball is sitting behind the pins and the light indicates it's the first roll. Remarkably, Steph rarely got a strike this way but she did roll three consecutive true strikes. Ericka did the same on the last frame of a game. Big smiles all around when that happens. 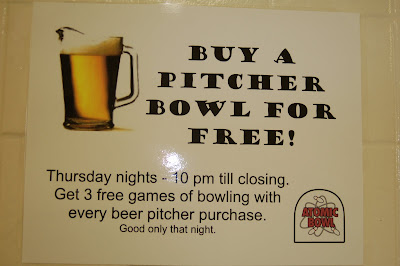 No word on a ride home after.
Posted by Hank Greer at 9:19 PM