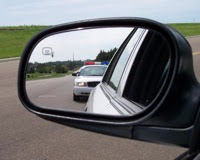 Kathy and I took a quick trip to Chelan yesterday to attend a friend's wedding. Minding my own business, I was listening to music to get stopped for speeding by and a WSP trooper pulled me over, presumably because he thought I was going to arrive early. Kathy was asleep so I woke her up after coming to a stop. The trooper walked up to Kathy's window and asked me for my driver's license.

I gave it to him and he asked, "Sir, are you aware of how fast you were going?"

Now you can think anything you want about me, but I don't care for playing this game. I'm of the mind that if a cop pulls me over, they either write me a ticket or give me a stern talkin' to, but they're not going to hear me admit or not admit to anything.

"I was just listening to my music while I was driving along," I offered.

That was not the answer he was looking for. He turned his attention to Kathy because she had her seat back all the way down while she was sleeping.

"That seat belt isn't going to do anything for you if you're laying back like that, ma'am."

He turned back to me again. "Sir, are you aware of the speed you were going?"

Again, I'm not one to ingratiate. "I was just following the truck in front of me."

"No, you were doing 73 until you caught up with the truck."

He asked for the registration and insurance card. Kathy's Sacred Heart parking pass was with the insurance card and he spotted it.

"You work at Sacred Heart?"

Back to me. "Sir, were you aware you were speeding?"

"I was just listening to my music and enjoying the scenery."

"I'll be right back." And he went to his patrol car.

"For cryin' out loud, why won't you answer him?" This was driving Kathy crazy, too. "It's a simple yes or no question. Were you aware you were speeding? Be nice or he's going to write you a ticket."

The trooper returned and gave me a stern talkin' to. He told me to use the cruise control and keep it at 60. "Can you do that for me?" he asked in his best authoritarian authority voice. 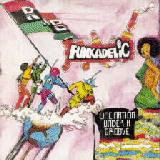 He returned my license and paperwork and I was free to go.

"The only reason he didn't write you a ticket was because I'm a nurse."

Maybe. But I don't see any concrete proof of that. It's just as likely he let me off because he appreciates good music.

Anyway, we went on to Chelan and celebrated our friend's wedding. It was held at Campbell's Resort which is a very nice place. I was up early this morning taking photos before our uneventful drive to Spokane--with the cruise control set. 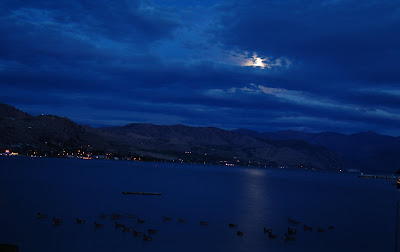 The nearly full moon hiding behind the clouds before sunrise. 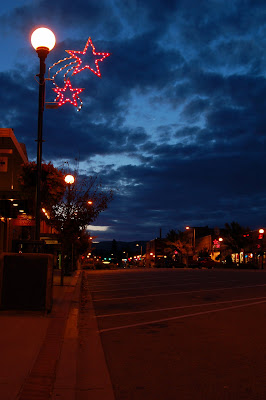 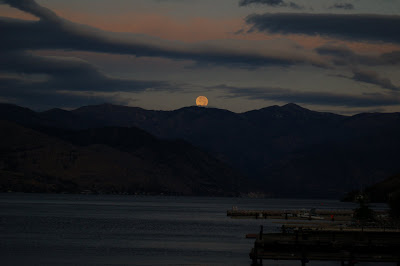 The moon ducking behind a mountain before he's seen by the sun. 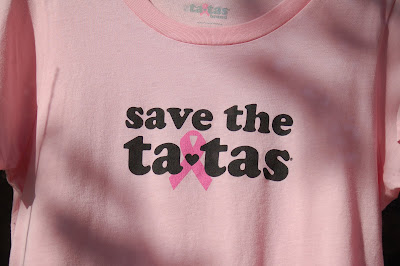 A shop with the best reminder that October is Breast Cancer Awareness month. 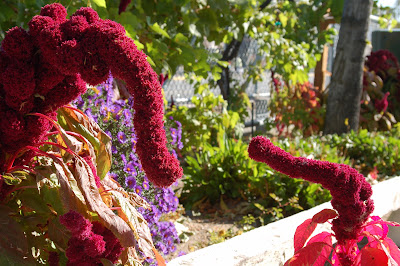 Interesting plants that I believe must be the envy of many others.
Posted by Hank Greer at 5:23 PM

This was a fabulous post (those stars are *amazing* haha). I also enjoyed the biblical post that came before it. Because I clicked on your page name, not a particular post, I also had the dubious pleasure of hearing the Shake Weight commercial start again. And again (I hit the wrong button to make it stop the first time). "Thanks." Haha!