Glenn Beck Gets His Own

glennbeckrapedandmurderedayounggirlin1990.com is a parody site that came into existence on September 1st--thanks to an Internet meme--and Glenn Beck is trying to shut it down. He can't sue because it is a valid parody site and protected free speech. (You can read the essential background here.) 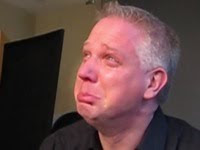 Instead he filed a complaint with the World Intellectual Property Organization stating that the domain name incorporates the "Glenn Beck" trademark.

The domain owner has a great response (PDF) to the complaint in which he not only picks apart Beck's legal arguments, but puts a little mustard on as well.

There is no indication that the Respondent has intentionally attempted to confuse anyone searching for Mr. Beck’s own website, nor that anyone was unintentionally confused – even initially. Only an abject imbecile could believe that the domain name would have any connection to the Complainant.

We are not here because the domain name could cause confusion. We do not have a declaration from the president of the international association of imbeciles that his members are blankly staring at the Respondent’s website wondering “where did all the race baiting content go?” We are here because Mr. Beck wants Respondent’s website shut down. He wants it shut down because Respondent’s website makes a poignant and accurate satirical critique of Mr. Beck by parodying Beck’s very rhetorical style. Beck’s skin is too thin to take the criticism, so he wants the site down. Beck is represented by a learned and respected legal team. Accordingly, it is beyond doubt that his counsel advised him that under the First Amendment to the United States’ Constitution, no action in a U.S. Court would be successful. See, e.g., Hustler Magazine, Inc. v. Falwell, 485 U.S. 46 (1988). Accordingly, Beck is attempting to use this transnational body to circumvent and subvert the Respondent’s constitutional rights.

The truth is out there. Somewhere.
Posted by Hank Greer at 5:56 AM

I find this whole "rape and murder" controversy around Glenn Beck more disturbing every day. Glenn Beck has portrayed himself as a champion of the Constitution and the First Amendment, but then he goes and uses international courts in an attempt to deny someone else their First Amendment rights. Furthermore, taken in combination with his silence on this issue, his legal actions do not strike me as those of an innocent man. If I were to be accused of a horrendous unspeakable crime such as rape and/or murder, I would do everything possible to clear my name. I would not sue the people who asked questions, as I would be more concerned with answering them than silencing them.