I don't know if there's anyone in Spokane more enthusiastic, optimistic, and positive about cycling as Bill Bender. As John Speare has mentioned before, Bill is more than an idea guy. He gets things done. The photo of Bill on the right is from last May's Bike to Work Week kickoff breakfast. Most people cannot ride a bike to work dressed like that, but Bill is not like most people.

Like John wrote a couple years ago, it's easy to be an idea guy. An idea guy could look at today's Summer Parkways and make all sorts of comments and suggestions. But it's the people that make it happen we rely on. I think Spokane appreciates just how much work Bill, Erika and many other volunteers do to make a community event like Summer Parkways happen. Congrats to the entire crew for a job well done.

* * * * * * *
Kathy and I rode the tandem to Summer Parkways and managed to get there just in time for the bike decorating contest. There were many cool "wish I'd thought of that" entries. 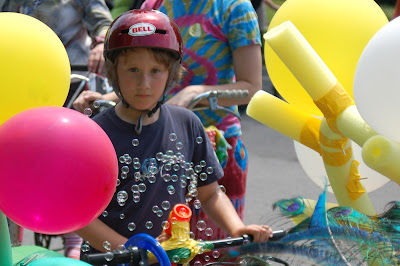 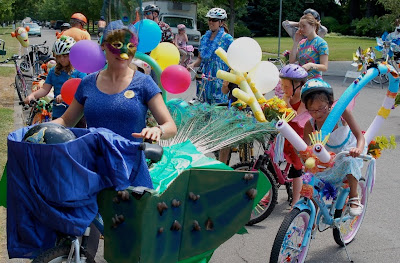 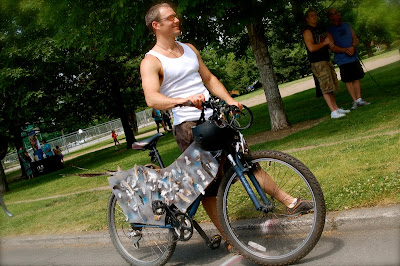 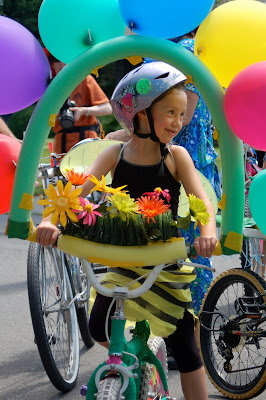 It's always good view from where I'm sitting. 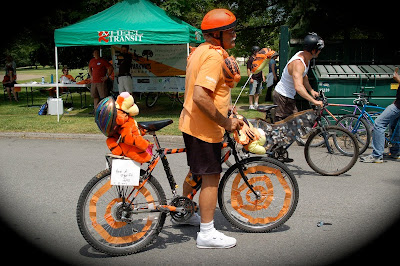 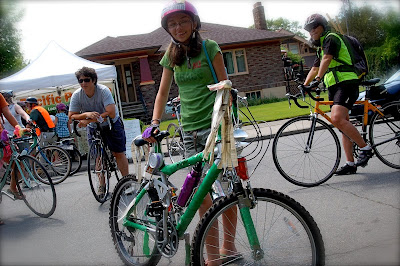 It was very inspiring to see summer parkways. Just think , in little Spokane, we shut down an entire street for about a mile stretch, just to hang out and have fun.

Great photos and thanks for covering our event! Any chance you could send in your photos to summerparkways@gmail.com to add to our library? We can credit the photo to the photographer if we have their name as well. :)
Thanks!