Fresh on the heels of proposed legislation to allow same-sex marriage in the State of Washington, four Washington State Catholic Bishops released a letter entitled "Marriage and the Common Good - A statement on legislation to redefine marriage."

Marriage in faith and societal traditions is acknowledged as the foundation of civilization. It has long been recognized that the stability of society depends on the stability of family life in which a man and a woman conceive and nurture new life. In this way, civil recognition of marriage has sought to bestow on countless generations of children the incomparable benefit of a loving mother and father committed to one another in a lifelong union.

I'm curious as to the source of the statement that the stability of society depends on marriage that results in conception. Also note the emphasis on civil recognition of marriage which is not the same as religious recognition. Just because the state recognizes you as married, religious organizations don't have to if you're not a member.

Married couples who bring children into the world make particular sacrifices and take on unique risks and obligations for the good of society. For this reason the state has long understood that it has a compelling interest in recognizing and supporting these mothers and fathers through a distinct category of laws. Were the definition of marriage to change, there would be no special laws to support and recognize the irreplaceable contribution that these married couples make to society and to the common good by bringing to life the next generation.

Again the emphasis on married couples having children.

[Society] recognizes the value of marriage as a bond of personal relationships, but also in terms of the unique and irreplaceable potential of a man and woman to conceive and nurture new life, thus contributing to the continuation of the human race. A change in legislation would mean that the state would no longer recognize the unique sacrifices and contributions made by these couples, thereby adding to the forces already undermining family life today.

I think I see the problem here. It's the childless couples who are not doing their fair share to stabilize our society. Regardless of the reason for not having children, they are reaping the same legal benefits as married couples who have conceived and nurtured new life but without making the same sacrifices. The marriage rate in Washington state for 2010 is 6.0 for every 1,000 people. The 2010 divorce rate is 4.2 for every 1,000 people. What do those numbers mean? A lot of life-long unions aren't. But that's not news, is it?

I don't see stats on divorce rates for childless couples, but this is another area where they fail to do their part for society. Divorced childless couples don't have to make the same sacrifices when it comes to fighting over who gets the kids, when they get the kids, and explaining to the kids why mommy and daddy aren't together any more. Had they conceived the stability of our society would not be as imperiled as it is today. We need to do away with special laws that benefit childless couples who fail to make the irreplaceable contribution made by married couples who bring life to the next generation. 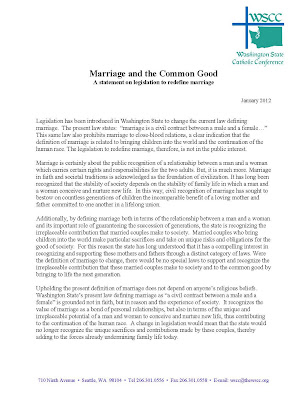 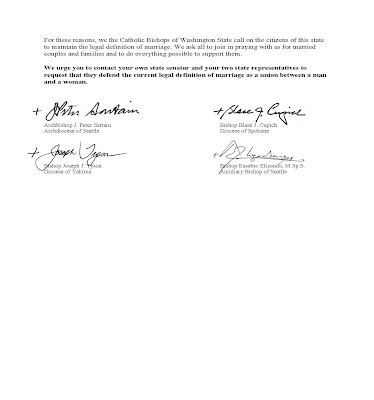 So what if someone gives up part of their adult life to raise kids? Are they special? Some of us dont get to make that choice Others know they aren't suited for parenting. How does that help society when someone who doesn't want kids feels pressured to have them?. Then some have kids and turn out to be bad parents. If you think, the childless and singles are the ones contributing by paying more taxes.

Somebody isn't quite getting my satire.