This Is Why I Carry My Camera Everywhere

I was pedaling into the sun on the last leg of my commute home when I spotted a strange looking vehicle in my neighbor's driveway. It's a car appropriately named...wait for it...Stealth. Big surprise, right? 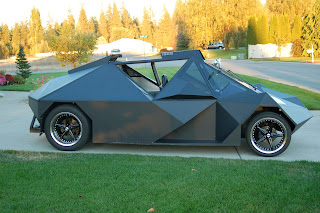 I chatted with the builder/owner and he assures me that the car is not radar proof and he has a ticket from the Montana State Patrol to vouch for it. Stealth has a supercharged engine and it doesn't have to shift out of second gear until it hits 120 mph. 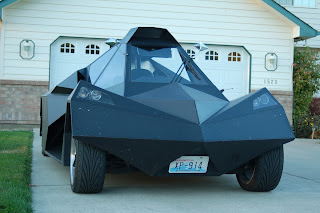 Stealth is registered as a 1975 Porsche. Why? It's interesting. In Washington, you can register a vehicle you build using a major component from a donor vehicle. Stealth has a rack and pinion from a '75 Porsche and that's considered a major component. So there you go. 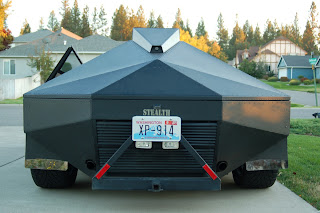 You don't see any tail lights--it's a stealth car--but they are there. There's a rear facing camera for safe driving in reverse. Yes, you do see a trailer hitch. He got a ticket for doing 89 mph while pulling a trailer. 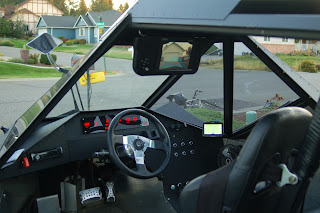 The monitor for the rear facing camera is built into the sun visor. The design inside is fairly utilitarian. I thought the remote control door opening/closing was pretty cool.

That's something you don't see every day. Pretty Cool!

I could've bought one of those Stealth cars. Unfortunately I got the Osprey convertible.

You should see my insurance premiums.

I'm the Owner's child. I get to ride in the Stealth pretty often! =D