Josh is coming up on his senior year in high school. After many a "I dunno" and shrugging of shoulders, he's thinking Chemical Engineering is the most likely path for him. That pretty much limits the number of schools he can attend so we went to one of them yesterday. 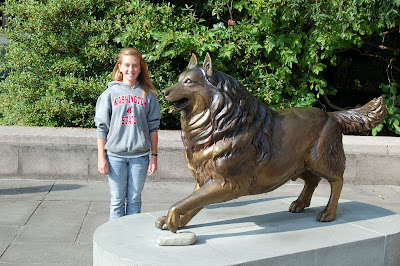 We drove to the University of Washington and took a tour of the campus led by an animated young man (Drama and Communications major) named Tyler. Steph came along too. You can guess what she plans to wear when we visit the WSU campus. 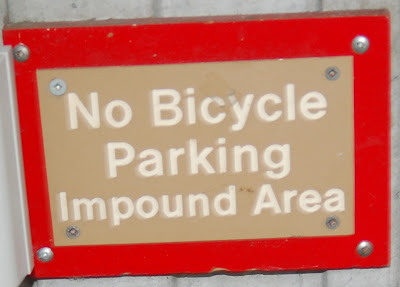 Josh and I were very impressed with the bicycling situation there. Bikes and bike racks were all over the place. And they even have areas where bikes will be impounded if you lock them there, mainly to allow for pedestrian traffic. 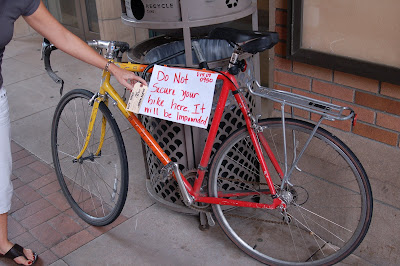 Oh, and it seems like a good place to get made more intelligenced, too.
Posted by Hank Greer at 5:57 PM