In today's Spokesman Review we have an article validating Cathy McMorris Rodgers' many warnings about how terrible Obamacare will be for the State of Washington.

In Washington state, where final rates emerged this week, it will cost less, cover more people, and provide more comprehensive benefits than consumers get today.

See what I mean?

And what is it like today for people who can't afford health insurance?

Today, people without insurance can get some types of care in hospital emergency rooms, where costs are high and get passed along, via hospital fees and insurance rates, to those who do have coverage. But when the uninsured experience serious medical problems, the bills often push them into bankruptcy; medical costs account for 60 percent of personal bankruptcies in the United States. And, due to the inability to pay for care, many ailing Americans simply go without it and die: According to the American Journal of Public Health, lack of insurance is linked to 44,789 deaths per year in the United States.

And Obamacare will improve upon that?!?!

Cathy McMorris Rodgers was right. This pernicious government takeover cannot be tolerated. I look forward to her town hall meeting (meetings? - never!) this summer where she plans to tell us how she and her fellow Republicans will work hard to prevent this travesty from happening. Maybe they'll repeal it 50 times just to show how serious they are. After all, it's been 3-1/2 years since the Affordable Health Care legislation was passed and during this time Cathy McMorris Rodgers and her fellow Republican House members have done all they can to impede this horrible legislation.

And yet after years of saying there's a better way to do this, they have yet to offer up any legislation. Nothing.

Some may say it's a messaging problem, but I think Cathy McMorris Rodgers and her party's message comes across quite clearly. 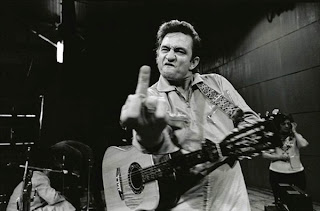 Actually, according to the (real) polls, Americans want to flip off Obamacare. Support has declined even among self-described moderate Democrats. Most Americans oppose the program, and particularly the mandate. In reality, the House Republicans better represent public sentiment than the Democrats mocking their repeal attempts.

What of the crucial issue of cost?

We already know the law does little to rein in drug costs, because of Obama's secret deal with Big Pharma.

Otoh, the law has already substantially decreased total premium increases (at least in some states) as rules governing profit percentages and top premium multiples have kicked in.

The program has done markedly less well reining in costs for young adults, though. In some states, these costs have actually doubled. That's not so surprising, since the flip side of limiting the top premiums is to increase the cost for the healthy. Everyone agrees that getting young people to join up and pay more is crucial to Obamacare's success.

Unfortunately, young workers are also being asked to pay for Medicare for (often wealthy) retired folks and most other government spending. Working or not, most young people are dogged by immense student loan burdens, with little but token relief.

Because Obama chose to go after the young rather than the wealthy (or Pharma), the questions become 1) is the small penalty enough to encourage participation and 2) whether total rate decreases will suffice to make insurance purchases attractive to young adults, knowing that nothing prevents them from joining at anytime.

There is also the question whether the Democrats profoundly condescending and oblivious campaign using clowns and billionaire entertainers will encourage, discourage, or be neutral in young adult participation.

Having lied about the public option and the mandate, as well as surveillance and Wall Street accountability and many other issues of particular importance to the young, the Democrats' campaigns may only stoke more cynicism. Especially if the campaign tries to make the young feel guilty for not joining--as if almost all public burdens were not already squarely on their shoulders.

Will young people walk the line?

Not if their premiums are five feet high and rising.

Obama doesn't believe in mandates either, at least not for corporations. He canceled the employer mandate to provide insurance, leaving many (human) citizens with access to neither insurance or subsidies. No delay for the citizen mandate, not even for these unfortunates.

Obamacare also mandates electronic medical records, a formerly great idea. Now it looks like biometric data collection for the NSA. Even patient-doctor conversations will no longer be private.

Medicare for all, now!

Government information campaigns should be factually-based, factually complete, and leave propaganda and advocacy to non-governmental groups.

They lack individualized information on the exchange interacting with other programs (Medicaid, COBRA, employer-based, etc).

The fluidity of eligibility requirements and subsidies as citizens cycle through employment and unemployment is left very unclear.

The campaigns fail to cover the no-insurance IRS option in a complete, nonjudgmental and factual manner. Many need to take this option as the only rational choice for their circumstances.

There is much too much rah-rah.

In the first year, the IRS option for individuals is $95 or 1% of income, whichever is higher. This is a pretty good deal for even fairly high income individuals, since they can still purchase insurance when they need it, to the horror of health execs and professors of adverse selection.

Birth control can change the equation in the favor of insurance, as can any of the drugs produced by our monopolistic pharmaceutical system. Obama officials (and union leaders like Andy Stern) took enormous bribes (a chill $1 mill for Stern up front) from Pharma in exchange for price gouging.

Anyway, there is likely to be a male-female split in use of the IRS option.

If you make below reporting limits for IRS taxes, you pay no penalty. But, you are much likelier to qualify for subsidies or even Medicaid.

And, it's completely legal.

While much of the focus is on young people choosing IRS insurance, there is perhaps a stronger immediate incentive for pre-Medicare uninsured older workers, since their premiums are higher. Even those with underlying conditions may wait for medical need.

Worse, the uneven, slapdash and inadequate ACA information campaign isn't yet sophisticated enough to match real world individual status changes. Many will be uninsured by default or bureaucratic inflexibility.

The question may become whether ACA can survive a year to three of intense adverse selection until the cost of the IRS increases relative to standard insurance. But that assumes standard option don't reflect adverse selection and also increase.

SCOTUS suggested an upper limit on Constitutional penalties, and higher penalties would be politically infeasable given 54% against ACA and anti mandate majorities exceeding 66%.

The young people who gave Obama the Presidency, and whom he betrayed, are now his only hope of salvaging his only positive legislative achievement. Such as it is. His main plan now is to lie about the IRS insurance option, and pretend it doesn't exist.

But no worries, Beyonce is ready for deployment as a beautiful distraction. Cue the vocal track.

I find it interesting that a President who EVEN ACCORDING TO FISC is violating his oath, the Constitution, and statute, is counting on Americans to obey a mandate passed on behest of corrupt insurance and pharma companies.

Oh well. The NSA/CIA strike on a US embassy will come any moment now. Apparently they've stuffed a Muslim full of bombs. Finally, we'll be united again and Boiz Allen can breath easy again.

Ol' Saxby is on all the talk shows (fully rouged) warning us we're pre-911.

If so, where is our President? Why no presser? Shouldn't we be taking cover?

Maybe we are at risk. But what a bunch of clowns.

I hate to think of an America under attack by psychos while ruled by psychos.

I'm wondering if Obama just stared down corrupt Chamblis, Clapper and the Boozers?

It's possible the President finally sees his fortunes apart from the Junta's?

The premiums are too high for household budgets.

The subsidies are too low to make up for the difference.

Wealthy policymakers are delivering irrelevant lessons on macroeconomics and hypocritical sermons on the public good. Call it adverse empathy deficit.

What Democrats might try instead of preaching is organizing a systematic private subsidization scheme to offset the gap.

They also must attack big Pharma.

The NSA is in fact illegally giving sirveillance to domestic law enforcement agencies, which are illegally covering up the source.

It is critical that we find out NSA direct or indirect access to US medical records. We know from Snowden that the NSA has been breaking into medical systems abroad.

It increasingly looks like NSA surveillance was used to end Occupy. Imagine what the spooks can do with personal medical information.

We're living in the end times.

Oh, and meanwhile, the ACA exchanges into which us poor folks have to give all our most personal data, are not known to be secure.

But, they will be declared secure anyway. So that's good.

However, Gloria Jarmon -- deputy inspector general for audit services at OIG -- in a memo about the findings said, "If there are additional delays in completing the security assessment and testing, the CMS CIO may have limited information on the security risks and controls when granting the security authorization of the hub"

"Mr. Head, we don't have information if this drug works or whether it is safe for your condition. So we have declared that it works and and is safe and authorized for use on your condition.

"In fact, you must take this drug or pay an IRS penalty.

"We assume no liability, of course."