Last night, Kathy, Steph, and I went to dinner at Central Food. It was their first time there. I had given them a little head's up on chef (and endurance cyclist) David Blaine's menu, but they still cast a bit of a wary eye at the list of entrees. How fortunate we are to have smart phones to look up things we see on the menu and don't have a clue about. It saved the staff from explaining Tchoupitoulas Chicken and gave Steph the opportunity to learn a fraction more about New Orleans. The Idaho trout I ordered did not generate an educational opportunity. While we waited for our food the subject of college came up and Steph repeated that she wanted to go somewhere far away. "There's nothing in Spokane for me," she said. 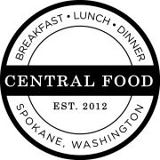 Our food arrived and she was absolutely blown away. Our respective meals were more than tasty or delicious. Even savory falls short. But Steph's reaction nailed it. "Why do I not live here?"

After dinner we went to the final showing of Speech and Debate at the Interplayers Theater. Although the main theme dealt with the secret lives many people have, I also noticed that all of the characters got what they wanted, or were forced to do what they didn't want to do, by threat or bribe. Consequently, each of them gave up something to the others and they came together to form the Speech and Debate team. The back stories of the gay mayor's private life being exposed and the gay teacher possibly being exposed seem so easy to come to terms with. But when we learn the secrets held by the three main characters, we realize the serious harm that can result from such publicity.

Another point brought out by the play is the almost willful ignorance some adults seem to have of adolescents, as if their respective experiences were justifiably disappeared in a memory hole because all that happened before they grew up. Kids today are smoking, drinking, having sex, driving fast, and taking part in the same risky behaviors many of us consider lucky to have survived when we were that age. As adults we delude ourselves into thinking, "It won't happen to my child." Or that saying "Don't do _____" is enough. Eventually some of us learn there's no substitute for open and honest discussion, something I wish I was good at with my first child instead of gradually growing into it 25+ years later. And inexpertly at that. 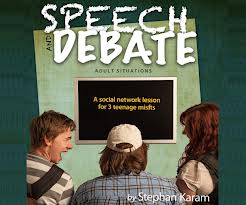 As to Steph's statement about there being nothing in Spokane for her. I get that. After receiving my diploma from North Central at the Spokane Coliseum, the only thing I wanted was to get away. The difference between now and then is that I had no idea what to do or where to go. So I joined the military. It worked out well for me. I matured over many years and did well for myself. I enjoyed what I did and did it as best as I could. When I was done I came back to Spokane with Kathy where we  focused on raising our kids. Spokane served us well in that area.

As for Steph, she has had the benefit of much guidance and discussion. She's been exposed to more of the world and the opportunities that lie ahead for her. So seeing her go to college some place distant would not worry me. Rather, I would be excited for her just as I am for my two sons, one starting his own business in San Francisco and one in his junior year at UW.

So is there anything in Spokane? Absolutely. But sometimes you see it better from a distance and another time. Will my kids ever come back and live in Spokane? That's up to them. What's more important is that they are happy in what they're doing and where they are.

And when they visit I know of a great restaurant and theater.
Posted by Hank Greer at 10:41 AM

Leslie and I had lunch at Central Foods when I visited in January... really good...

BTW -- I'm coming back to Spokane when I'm old... I hope you and Kathleen will help Leslie take care of me. I promise to be well behaved, as much as possible.