View Kronquist and Foothills in a larger map

Apparently I didn't get enough gravel during the Midnight Century last weekend. I thought I'd venture out and explore some gravel roads closer to home. I went east through Mead and Peone Prairie onto Kronquist where the gravel started. Since it rained last night dust was not a factor during today's ride when those six or seven cars passed by me. (The quiet sure was nice.)

Kronquist greeted me with three climbs so that was fun. Just after starting the third climb, as I headed towards the intersection with Heglar, three dogs came running from the house on my left. I was past their driveway but slogging up hill by the time they reached the road. Fortunately, they stopped once they got on the road, hopefully feeling like they successfully defended their territory from possible invasion.

There was a patch of hardtop at Heglar but the road returned to gravel as I stayed on Kronquist. I finished off the last climb and found myself in wheat fields. I followed Kronquist to Darknell and then to Farwell. A red-tailed hawk was keeping a sharp eye for prey in a recently mowed field.

Farwell turned into a single lane road with a steep drop to Forker. I followed Forker to Foothills and headed east again. After a mile of pavement, Foothills went back to gravel and I climbed for quite a while. At Norman I ate a Clif bar and drank a sports drink. A little more climbing on Norman until I reached Temple.

Temple was downhill all the way to Forker. As tempting as it was to cut loose, I rode the brakes instead. There were lots of tight turns and almost every one of them had loose gravel and washboards. Reaching Forker, I returned to Farwell. Farwell has a long climb and there was one section where it's steep. So I included a short walk.

Getting through the wheat fields again, I headed down Kronquist. This time those three dogs saw me coming from the top of the hill and made a beeline for the road to "greet" me. I coasted but I was still going at a good speed. The dogs arrived at the road a moment after I passed by. One of them gave chase for 100 feet or so and presumably returned to celebrate the triumph of another dissuaded intruder.

The last two climbs on Kronquist were easier coming back, maybe because the elevation I was climbing to wasn't as high as the one I just left. And then it was pavement all the way home.

Next time I think I'll see how it goes by staying on Foothills all the way to Newman Lake. 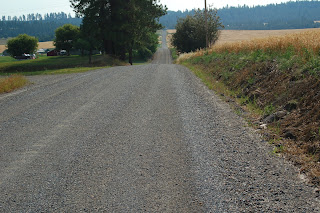 First Kronquist climb way off in the distance. 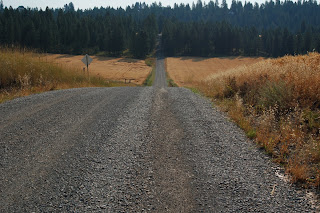 Viewing the second Kronquist climb from the top of the first one. 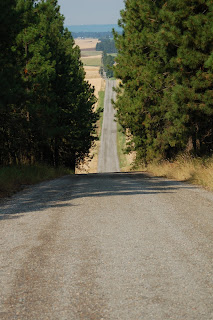 Looking back from the second Kronquist climb. 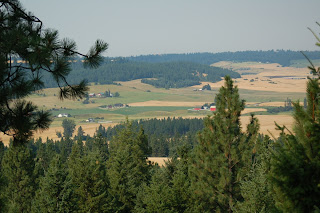 Top of the third Kronquist climb. 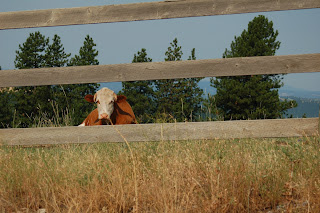 Under observation as I climb Foothills. 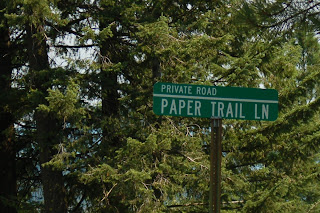 A banker, accountant, or attorney maybe? 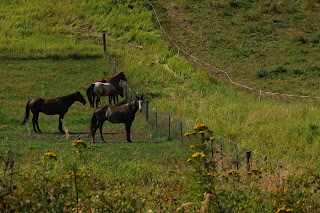 Under observation as I descend Temple. 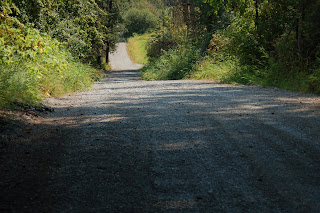 Looking back down the Farwell climb.