Children Of The Sun Trail

After taking care of a couple of errands while out on my bike, I decided to check the trail to see how the changes were progressing. 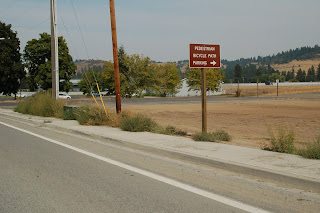 I started at the southern end located on Freya across the street from the URM distribution center. There's a parking lot for the trailhead. Notice there is a bike lane on Freya, which continues on Freya all the way to where it meets Market. 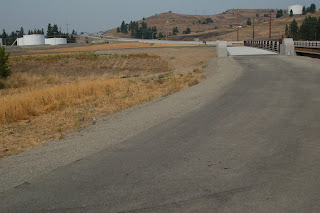 Heading out on the trail proper you cross the new bridge that gets you over Lincoln Road. 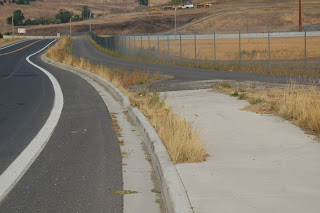 After crossing the bridge you curve back towards Freya. Again, there's the bike lane on Freya. 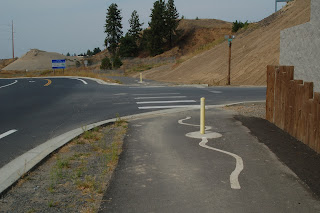 When you reach Gerlach, you can see there's no traffic control for the trail users. I'm hoping this is a temporary situation. Without a stop sign, it would be too easy for someone to roll out into traffic. The bike lane on the road is almost a safer place to be at this point. 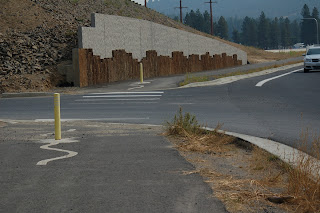 Here's the view of Gerlach and Freya from the north. 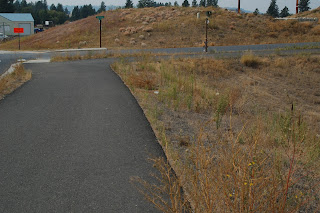 This corner is where Freya and Fairview intersect. An issue I have with this part of the trail is that it's a 90-degree turn. It's not that big of a deal if you're coming from the south because you have to work a little to hit this corner at a high speed. 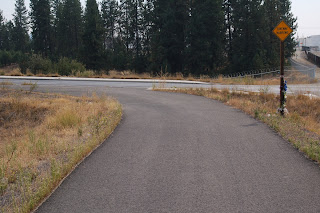 But coming from the north is a different story. You're coming into this turn after a 1/4 to 1/2-mile downhill run. If you coast you will be going too fast for this corner and there's insufficient warning. The trail does narrow but the primary hazard is the turn. 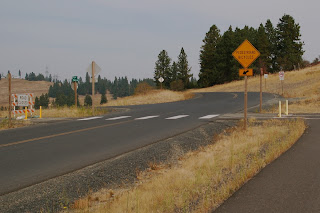 Crossing Fairview, you have stop signs in both directions and warning signs for drivers. They could use those on Gerlach, too. The Road Closed sign is there for a reason and, of course, I had to see for myself. 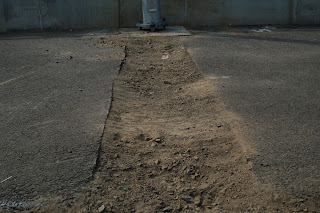 Heading north, you still have a couple of these trenches waiting to be finished. Other than that, the pathway is completed. 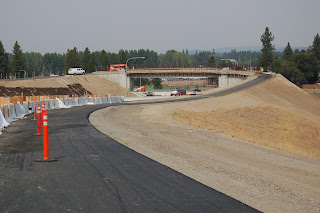 But the bridge crossing the new Parksmith NSC interchange is not quite finished. The wheel tracks on the new asphalt tell me it's passable, which I know because I went over the last time I came through, but today there were people working on it. I walked over to the new interchange and rode to the Parksmith trail entrance/exit. 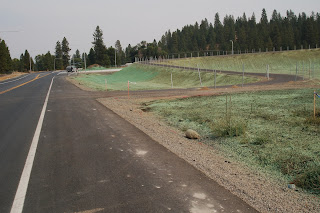 There is plenty of shoulder on Parksmith, which is a good sign for bikes although the roads it connects to, Market and Hawthorne, are less than ideal for cycling. I got back on the trail and headed north. 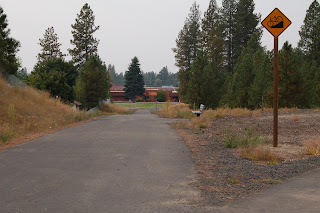 As I mentioned before, it's great the trail connects the Mead and Shady Slope areas to Farwell Elementary and Northwood Middle schools. I'm going to check with the schools to see if it's made a difference in the number of kids who walk or ride. Notice the downhill warning sign on this section that goes to Farwell. And there's a stop sign where it meets the road. 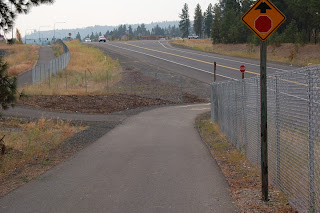 There's a long downhill bringing you to Wandermere Road. Watch your speed. If you're going too fast and you don't stop, you won't be able to turn without swerving into the traffic lane. You also want to slow down if you plan to continue on to the Wandermere shopping area. That's a hard left onto a much narrower pathway. 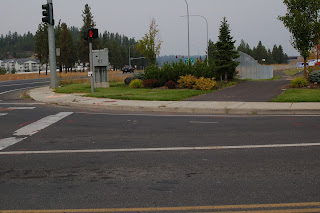 The end of the trail leaves something to be desired. You're dumped onto a sidewalk on Farwell where it intersects with Hwy 395. 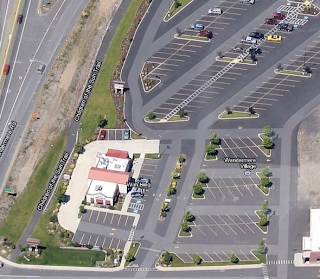 It's a shame they couldn't curl it into the parking lot instead. It's like an end of a trail you can't get to until you hit the end of the trail. The current design doesn't lend itself to beginning here.

Once the Parksmith interchange bridge is complete I'll add this to my list of longer commute routes. Starting near Northwood Middle School, I can be traffic free until Freya, back in traffic until I hit Upriver Drive, and then have bike lane and Centennial Trail to downtown. That's pretty tolerable in my book.
Posted by Hank Greer at 5:25 PM

Thanks Hank for the nice post. I rode the Children Of The Sun trail yesterday for nostalgia sake. There's not a whole lot of outstanding beauty on it. Plus, seeing others along the rout is not all that common.
The yellow steel car stoppers look like future trouble for someone on a bicycle.
Last year I rode part of the trail as part of my bicycle commute to URM from Mead. ( felt spoiled ) The whole highway 2 intersection makes for quite the cool trip for peeps like school kids in Mead... (?)

Legs willing, I'm going to take in the Fish Lake trail as a visiting tourist in my life long home town. (2nd time on it hopefully.)